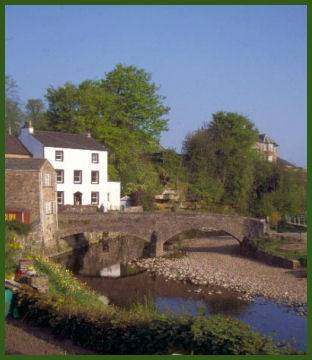 The historic town of Kirkby Stephen, of Norman origin, stands at the head of the Eden Valley. The Eden Valley once formed part of the old county of Westmorland, but is now included in Cumbria.

A traditional market town of historic buildings, cobbled yards, quaint corners and interesting shops, the town was granted its market charter by King Edward III in 1353 and still holds a weekly market every Monday. Kirkby Stephen has been a important wool town since medieval times 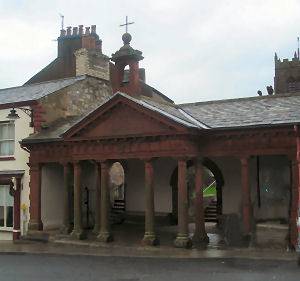 The town contains a number of interesting art and craft shops shops and a plethora of antique shops as well as plenty of pubs and restaurants.

The picturesque market square has a number of interesting historic buildings of varied styles, including The Cloisters, which date from 1810 and were built to provide shelter for market goers, they were once used as the butter market. Many of the buildings were once coaching inns built for weary tavellers over the Howgill Fells. The circle of cobbles around the square marks where the bull ring stood, bull baiting was still carried out in Kirkby Stephen as late as 1820.

Set in the pavement in Kirkby Stephen's main street is a circular flagstone from which the Lake Fair Charter is proclaimed on 27th October of each year. The Lake Fair commenced in the 14th century and as recently as the 19th century animal pens and stalls lined the street during the market.

Stoneshot Alley, off the Market Square has a tunnel, once used as a hiding place, a testament to the town's past defensive nature. Situated near to the Scottish borders, it was in the medieval period subject to border reivers. Through the Cloisters stands the Trupp Stone where tithes were paid until 1836.

The town stands on the banks of the River Eden and offers pleasant riverside walks. Frank's Bridge, (pictured above left) a picturesque stone bridge which dates from the seventeenth century crosses the river and is flanked by a picnic and recreation area.


St. Stephen's Church, 'the Cathedral of the Dales'


The impressive parish church, St. Stephen's, which is otherwise known locally as the 'Cathedral of the Dales', dates from 1175 and is second in size in Westmorland only to Holy Trinity church at Kendal. The church stands on the site of a former Saxon church and retains traces of both Saxon and Norman features. The original Saxon church was built either of stone or wood, the only surviving relics of it are the remains of three stone crosses. 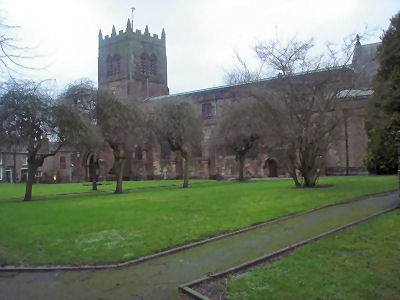 The Norman church which replaced it was constructed around 1170 and was probably of a cruciform shape, with a tower at the crossing. This building stood for only about fifty years. An Early English style church next occupied the site, built around 1220 - 1230. The present pillars and arches, which are said to form one of the best arcades of their time in Northern England, formed part of it. The church fabric underwent alterations in the fourteenth century and the tower was added in around 1506. The chancel was rebuilt in 1847 and the clerestory added in 1871.

The Wharton chapel contains the recumbent tomb effigies of Thomas, the first Lord Wharton, with his first his wife Eleanor and his second wife Anne. Lord Wharton was responsible for founding the local grammar school in 1566.The Musgrave Chapel within the church contains a tomb with the recumbent fifteenth century effigy of Sir Thomas Musgrave and has a glass screen designed by John Hutton, featuring an engraving of St. Stephen. 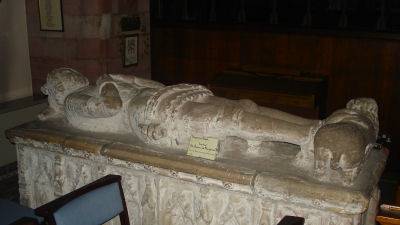 St. Stephen's contains the famous eighth century 'Loki Stone', one of the few surviving relics of the Viking occupation of the area. A block of stone about a metre in height, decorated by a carved figure with a beard and horns, said to represent the Norse god Loki. it is one of only two such stones in Europe. At one point, the stone stood amongst ancient gravestones at the far end of the church, exposed to the elements, but is now kept in the west end of the church. The god Loki was the joker and a mischief-maker of Viking mythology, who caused the death of Odin's son, Balder, by trickery. 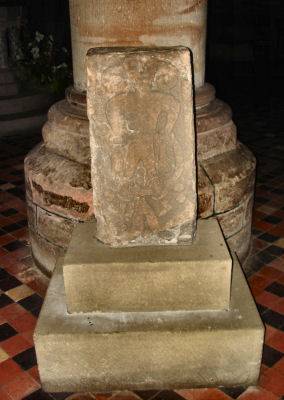 Across the road from the church stands an interesting house with an old spinning gallery, once used for weaving.

The Coast to Coast Walk, devised by Alfred Wainwright, passes through Kirkby Stephen, while the famous Settle-Carlisle Railway stops at a station which is located one and a half miles from the town centre.

Croglam Castle, a pre-historic earthwork lies at the southern edge of the town. It consists of an oval shaped enclosure with a ditch and external bank.


The Poetry Path at Kirkby Stephen

Towns and Vilages of Cumbria