Coniston Water is situated to the west of Lake Windermere, lying parallel to it. The lake is five and a half miles long, half a mile wide and has a depth of of around 180'. Coniston is one of the most imposing and beautiful of the English lakes.

Left - Coniston Water, the northern end, near to Coniston village. Right - The lake from the east bank 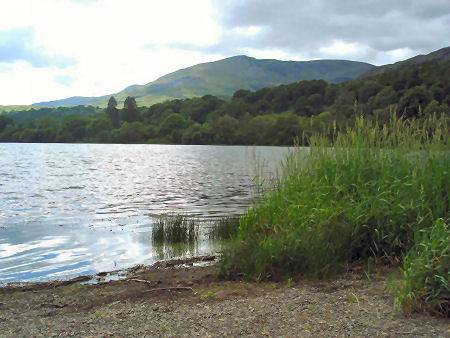 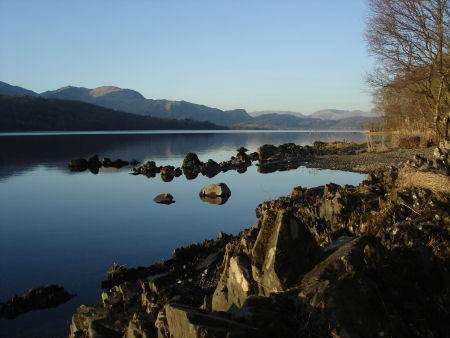 The third largest lake in the Lake District, Coniston Water sits in a U shaped valley scoured out by a glacial action in the last ice age. Known as Thurston Water until the Victorian era, the lake is now a popular holiday resort. On the lakeside nearest to Coniston village is a pier and the Bluebird cafe,where drinks and ice-cream can be purchased, and rowing boats are available for hire. The cafe itself was frequented by Donald Campbell during his world water speed bids.

Left - View across the lake to the Old Man of Coniston. Right - A winter view of the southern part of the lake 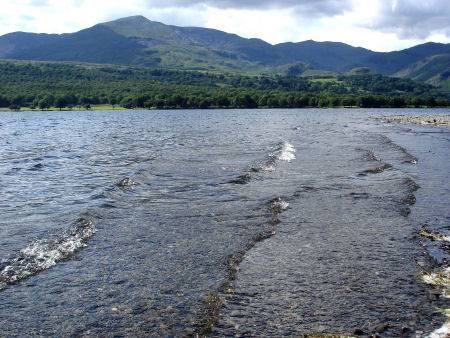 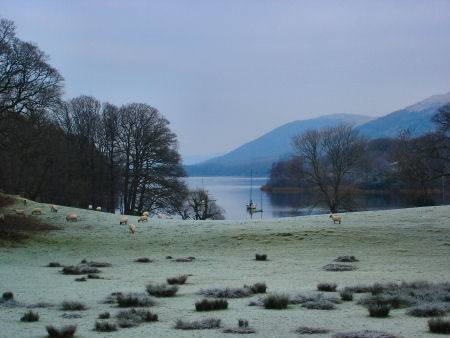 The Steam Yacht Gondola, a unique craft, which marries a Venetian gondola with Victorian steam technology, opearates regular cruises on the northern section of the lake between Coniston pier and Brantwood during the tourist season. carrying up to 86 passengers in opulent Victorian luxury, it is now owned by the National Trust, the Gondola was built in 1859 by the Furness Railway Company. It operated on the lake until the 1960's when it broke its moorings and was beached in a storm. The boat was rebuilt to its original design and relaunched on the lake in 1980. The Gondola operates daily from the end of March to the end of October, from 11.00am, with the exception of Saturdays when it starts from 12.00noon.

The Coniston Boating Centre, half a mile from Coniston Village, provides amenities for the hire of electric self drive boats, sailing dinghies and sailing instruction, canoeing and kayaking. 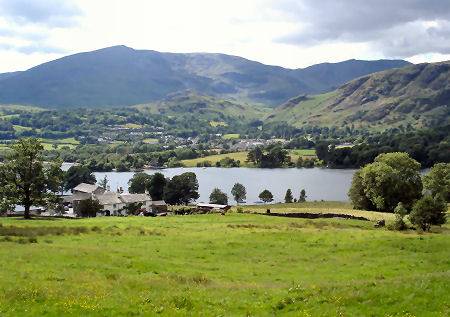 The lake is dominated by the Old Man of Coniston which rises to 803 metres (2,635 feet) and offers excellent views from its summit. The fell is a favourite with hill walkers and lies to the west of Coniston village. The Old Man of Coniston is the inspiration for Kanchenjunga, the mountain in Arthur Ransome's 'Swallows and Amazons'.

Left - The view across Coniston to John Ruskin's home Brantwood. Right - An Autumnal view of the lake 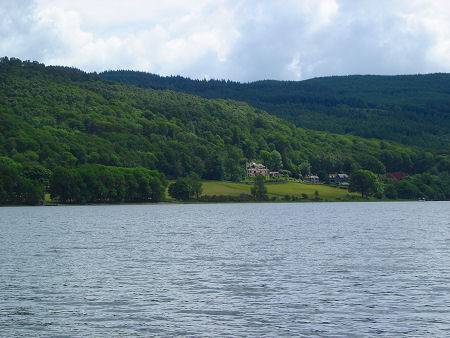 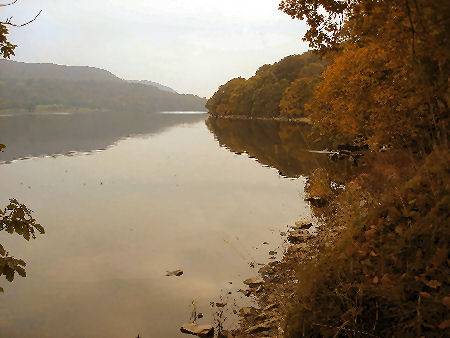 The area between Coniston and the Old Man is greatly scarred by slate quarries and copper mines. The fell is generally climbed from the village via Church Beck and the mines. There are alternative routes, which include the south ridge, which rises up the fell from the Walna Scar Road. Dow Crag offers a challenge to climbers with its 183 metre wall of rock.

On the east bank of the lake stands Brantwood, home to the famous Victorian artist and critic, John Ruskin, which is open to the public. There are also excellent views over the lake to the extensive Grizedale Forest to the east. 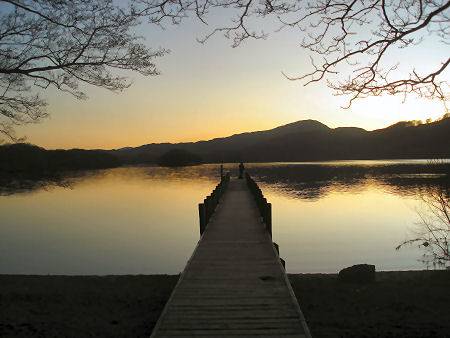 In attempting to break his own water speed record of 276.3 m.p.h., Campbell reached a speed of 297m.p.h., on the first of two obligatory runs. On his return run travelling at a speed estimated to be in excess of 320m.p.h., his boat, Buebird K7, somersaulted and plunged back into the water, nose first, disintegrating on impact. Campbell was killed instantly.

The remains of the Bluebird were located after over four years of diving and surveying, by Bill Smith, an underwater surveyor from Newcastle. The remains lay at 150 feet half buried in silt. The wreckage of Bluebird was recovered from the lake on 28th March, 2001 , the cockpit was completely crushed.

A body, found near to the remains of Bluebird, assumed to be that of Campbell himself was retrieved from the lake. In August 2001 the Barrow in Furness coroner came to the decision that based on DNA evidence the remains were those of Donald Campbell. After a funeral service at Coniston Village, attended by his wife and daughter, Gina Campbell, he was finally laid to rest in Coniston churchyard within the village.