Set in a stunning location within a bowl of verdant fells, Grasmere can claim to be one of the most visited of the lakes, attracting visitors from all over the globe. The lake was described by William Wordsworth as 'one of the loveliest spots that man has ever found.' Situated four miles north-west of Ambleside, the lake is 1 mile long, half a mile wide and 75 feet deep and is joined to Rydal Water by the River Rothay. 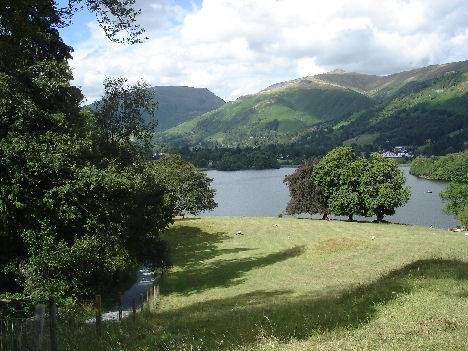 Wordsworth composed most of his poetry during his frequent rambles around Grasmere and its surrounding fells, from which he drew great inspiration. Sadly, some of the tranquility Wordsworth so delighted in is lost, as the road now runs along the east side of the Lake. Writers such as Sir Walter Scott, Samuel Coleridge and Thomas de Quincey where also visitors and the Victorian critic, artist and conservationalist, John Ruskin, found the area entrancing.

Grasmere from the west bank 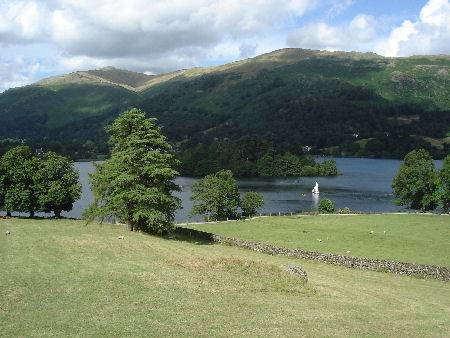 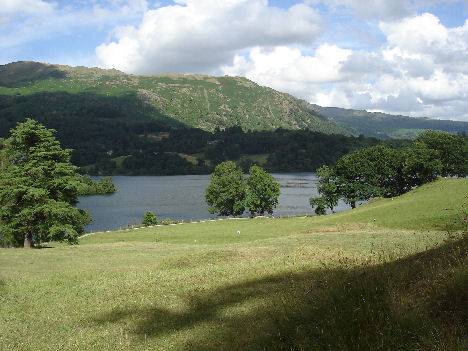 The name Grasmere is said to derive from the Old Norse 'griss-mere' which means mere of the pigs, indicating that wild boar once inhabited its surrounding wooded fells. 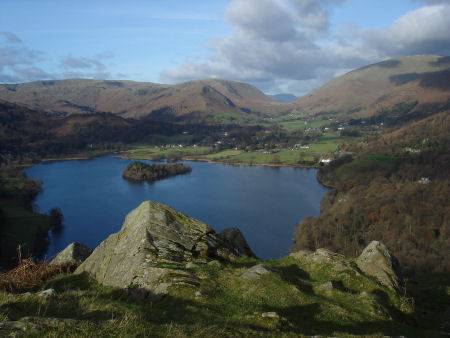 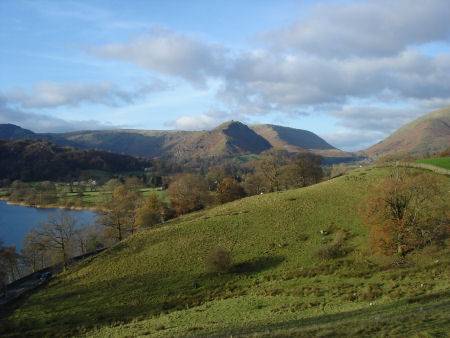 Helm Cragg (1,299 feet) is a short and highly scenic walk from the lake. Loughrigg Fell is a popular choice for walks, and arguably commands the best views of the lake and stands on the end of the long ridge coming down from High Raise over Silver How towards Ambleside. It can be accessed via a path from the south eastern side of the lake. 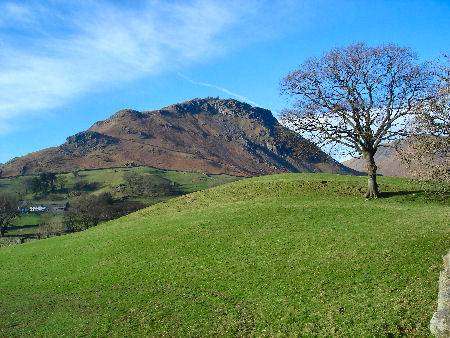 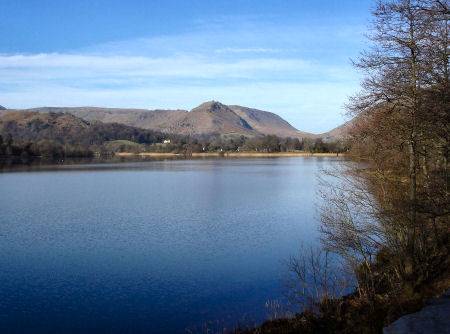 Dunmail Raise, was the site of a Dark Age battle in 945AD between Dunmail, the last independent King of Cumbria and the Saxon King Edmund the Elder, grandson of Alfred the Great. A large heap of stones on the Raise marks Dunmail's final resting place. It once also marked the boundary to the ancient kingdom of Strathclyde and more recently the boundaries of the old counties of Westmorland and Cumberland.

The small wooded island on the lake was a favourite spot of Wordsworth, who often took a boat there, where he fished and had picnics with his sister Dorothy on fine summer days, the island is now privately owned.

Canoes and rowing boats are availiable for hire on the lake during the summer months.

A walk at Grasmere 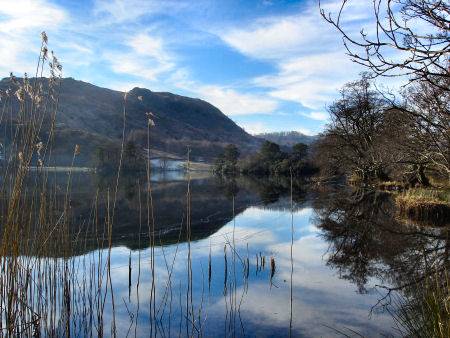 *Starting at the car park at Whitemoss Common on the Ambleside Road, follow the River Rothay upstream to a footbridge. Cross the bridge and proceed towards the wood.

*At the fork in the track keep upwards. Pass through the kissing-gate at the end of the wood . Turn right onto an ascending track. The seat near the top offers an stunning view over Rydal Water.

*Continue over the brow of the hill. Beyond the beck a faint track can be discerned leading down to the lake shore. Turn left at the shore toward a wall and a kissing-gate leading into a wood.

*Turn down to the lake shore again and continue, leaving the wood by a stile. Follow the footpath by the lake shore . At the end of the path turn left to the road through a stile.