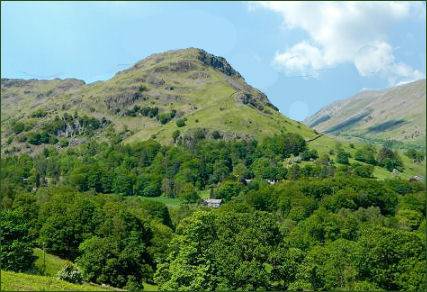 Allan Bank is a Georgian house and the former home of the Lakeland poet William Wordsworth , it is situated overlooking picturesque Grasmere lake.

Allan Bank was built by John Gregory Crump, an attorney and merchant from Liverpool, between 1805 and 1806. At the time the house was being built, Wordsworth, who was living at Dove Cottage in Grasmere at the time, condemned Crump's building declaring it to be 'a temple of abomination', as he strongly felt it ruined the view of Grasmere. 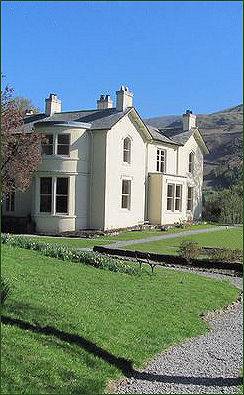 The poet's attitude to the building appears to have softened over time, as in May 1808 after his marriage to Mary Hutchinson, he moved into the house with his wife and their three young children John, Thomas and Dora. Mary's sister Sara Hutchinson, and their literary friends Thomas de Quincey and Samuel Taylor Coleridge all stayed with the Wordsworth's at Allan Bank.

The family lived at Allan Bank for two years during which time they had two more children, Catherine and William, but moved out due to a dispute with their landlord. They then moved to the Old Rectory, opposite St Oswald's Church, Grasmere, a cold and damp house where his two youngest children died.

The house was significantly extended and altered by Thomas Dawson who bought the property in 1834. He remodelled the house, adding a lodge, Glenthorne, on the Easedale road. 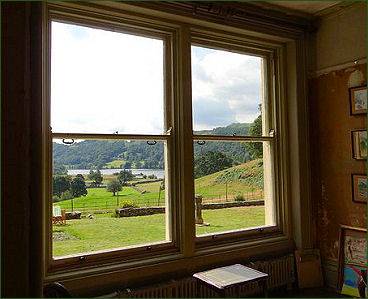 Canon Hardwicke Rawnsley, one of the founders of the National Trust, retired in 1917 to Grasmere, where he had bought Allan Bank in 1915. He and his wife Eleanor moved in to Allan Bank in 1917. Canon Rawnsley died in 1920, bequeathing Allan Bank to the National Trust. Apart from its literary connections, the house itself is not particularly interesting, but was situated in a delightful aspect with park-like land below it, and craggy fell behind.

There was a serious fire at Allan Bank in March 2011, apart from damage caused directly by the fire, the fabric of the building was also severely affected by water and smoke damage. Since then the National Trust decided to restore the house and open it to the public, meaning Wordsworth's former home is now open to the public for the first time in more than 200 years.

The house has undergone an extensive restoration project, Jeremy Barlow, the National Trust’s General Manager for the Central and East Lakes, has commented “This won’t be like other historic houses – you won’t find Wordsworth’s spectacles laid on a desk in his study. In each of the rooms we’ve given our visitors hints about the fascinating history of this lovely home and the chance to be creative in the way so many of its former occupants were. In this way we hope to find out about the things which most interest our visitors so that they can play a part in shaping its future. We’re even encouraging our visitors to write on the wall to tell us what they think and what they’d like to see in the future.”

The area has many hiking trails, mountains and paths to explore. Allan Bank's grounds contain woodland walks, viewing points and seats as well as watercourses and pools, steps and a viewing tunnel.