Loughrigg Fell stands at the edge of the long ridge of hills coming down from High Raise over Silver How towards Ambleside and is separated from its neighbours by the depression of Red Bank. The fell rises to 335 metres (1,099 ft) high. 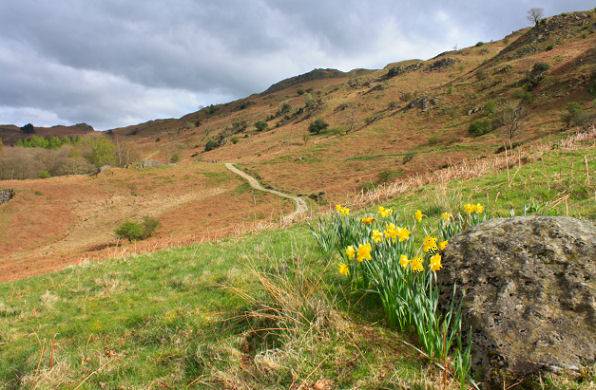 The fell is easily accessed. Ambleside, Elterwater, Grasmere and Rydal are all within reach, a nearby car park is provided at White Moss Common. The many tracks which traverse the fell include the Loughrigg Terrace, a level path which provides stunning views of Grasmere. Just beyond the eastern end of the Terrace are Rydal Caves , these are not natural caverns, but rather the result of quarrying. 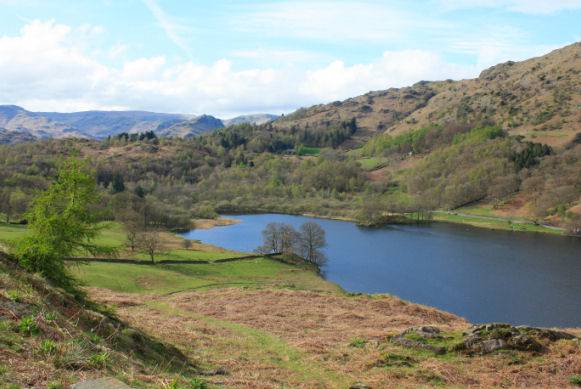 Views from the summit include the Langdale Pikes and the fells around Grasmere,the Fairfield horseshoe and the Coniston Fells. Elter Water, Grasmere and a large part of Windermere can also be seen. 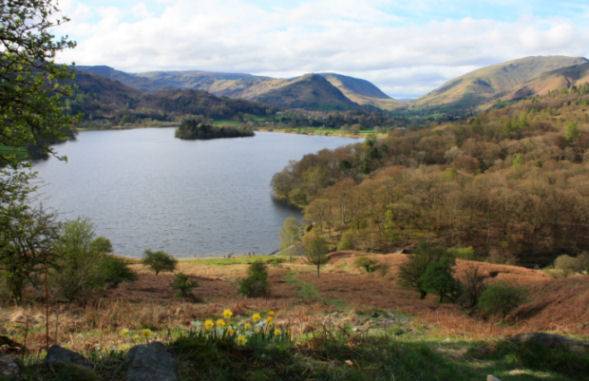 Parking is available at nearby White Moss car park, situated on the A591 between Grasmere and Rydal Water. From the car park a trail leads through woods onto Loughrigg Terrace.


A walk to Loughrigg Fell from White Moss Common

Distance- around one and a half miles to reach the terrace

*Commencing at the White Moss Common car park, which is situated on the A591 between Grasmere and Rydal Water, take the path leading over White Moss Common, cross the bridge over the River Rothay. and follow the clear trail through White Moss Woods.

*Follow the clear trail through White Moss Woods, ( particularly attractive in May, when they are carpeted by a lilac mass of bluebells) .On exiting from woods, continue along the trail to ascend to Loughrigg Terrace.

*From the end of the terrace follow the path which leads up left steeply over steps to the wide, undulating summit area of the fell.