One of the larger Lake District tarns and a popular spot in the summer, Easedale Tarn was referred to by the poet Thomas de Quincey as a 'Chapel within a Cathedral'. 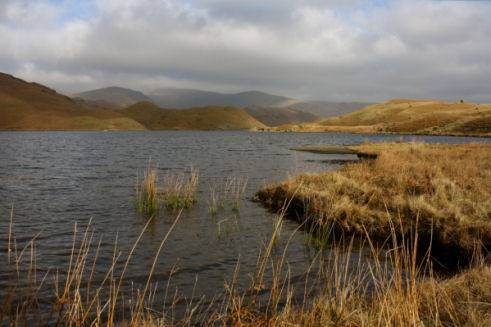 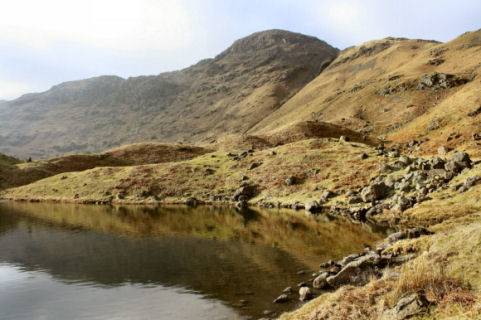 The tarn lies in a high Lakeland valley and is about a two mile walk from Grasmere up a moderately easy path which follows the course of Sour Milk Ghyll. The hanging valley, in which Easedale Tarn lies, has the appearance of a crater, en-closed by steep hillsides that rise on the right to Tarn Crag and on the left, Castle How and Blea Rigg. The lake fills the vast hollow, draining water from the surrounding hills and releasing it at its narrow mouth into Sourmilk Gill. Around the lake lie grassy hillocks, piles of glacial debris left by the retreating ice as it melted some 20,000 years ago. 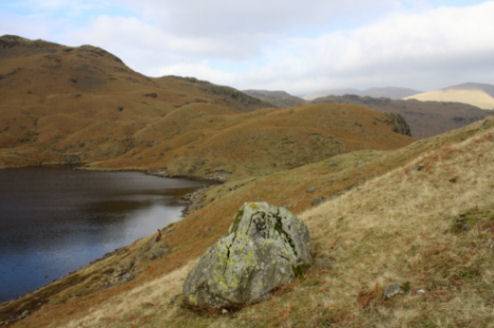 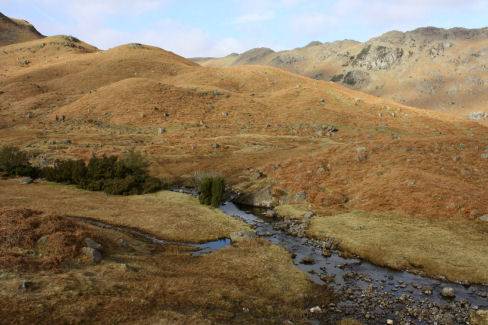 Sourmilk Gill, which derives its curious name from its white, swirling waters, flows out of the tarn and descends through a series of impressive waterfalls. Dorothy Wordsworth referred to Easedale as the 'Black Quarter', describing the sombre and melancholy appearance it adopts when heavy storm clouds gather. In those days, the cascades were known as Churn Milk Force, and she likened them 'to a broad stream of snow'.


A walk to Easedale Tarn from Grasmere 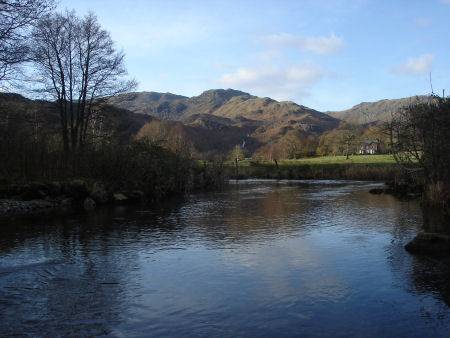