The War Memorial and the Ornamental Gardens 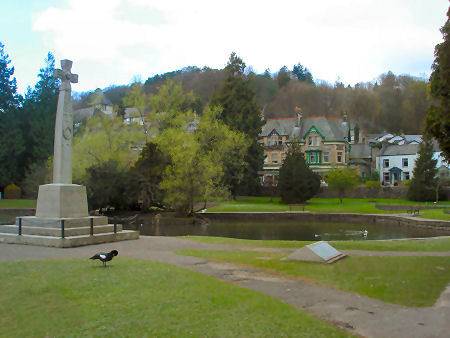 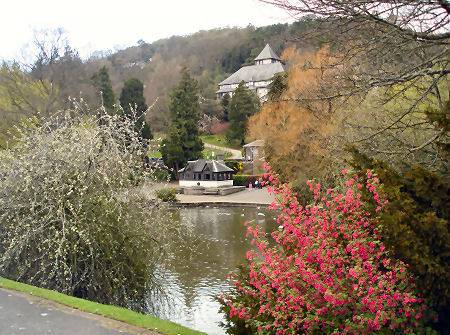 The Edwardian town still vividly retains the gentility and atmosphere of a seaside resort of the period. The name derives from the French word 'graunge' meaning granary, in medieval times, it was used by the the monks of nearby Cartmel Priory as a grain store.

Grange-over-Sands boasts an attractive seaside promenade, shopping centre, ornamental gardens, a model village, parks and amenities for tennis, golf and bowls. The town hosts brass band concerts and has several vantage points for bird watching. Its parks and gardens are amongst the finest on the Cumbrian coast.

Dating back to 1865, the ornamental gardens and man made lake lake form a beautiful Victorian style vista, which reflects the towns genteel character. The gardens contains some fine evergreen trees, of which a luxuriant 100 feet high Lawson Cypress is the most dominant, along with flowering shrubs, and a resident population of wildfowl. The gardens are said to be the probable site of the original granary.

The Ornamental Gardens and the Promenade 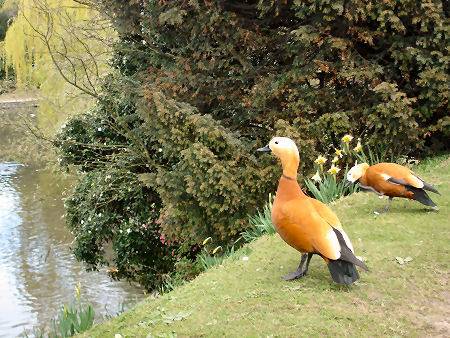 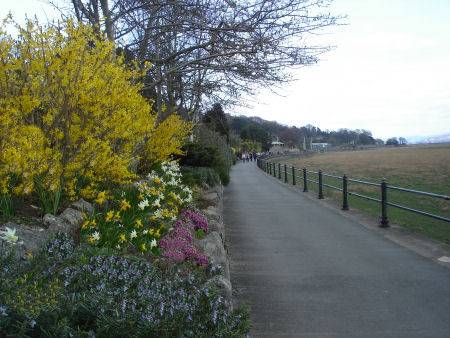 The promenade, looking out over Morecambe Bay stretches a mile from Blawith Point to the Victorian railway station. The walk was built in 1904 and is planted with a colourful profusion of flowering shrubs, herbaceous plants and spring flowering bulbs.

The estuary and the countryside around Grange-over-Sands offer superb opportunities for birdwatchers. A wide range of birds can be observed and there are a number of nature reserves and sites of special scientific interest.

The Parish Church of St. Paul stands on Crown Hill, by the clock tower, at the top of the town's main street. The building dates from 1851 and was designed by the architect T. D. Barry of Liverpool. The attractive and unusual stone Clock Tower which stands beside it was built in 1913.

St. Paul's Church and the Clock Tower on Crown Hill 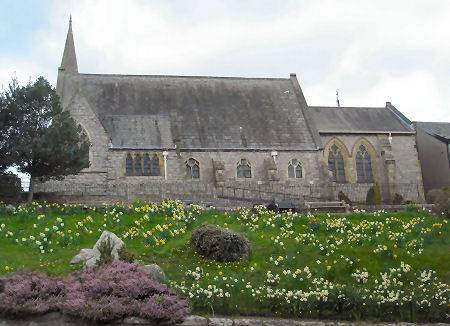 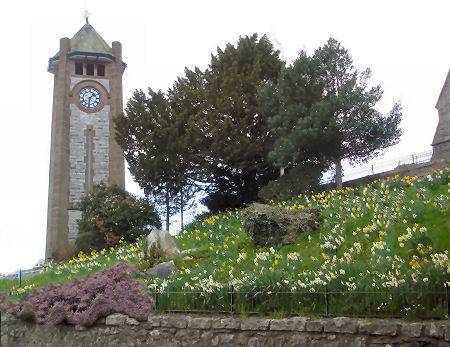 Grange Railway Station which was constructed in 1872, designed by Sharpe, Paley and Austin, it is thought to be a replica of the Grange Hotel and contains some interesting typically Victorian ironwork. Grange experienced a boom in Victorian times, when the advent of the railways brought floods of visitors from the Lancashire towns. James Brunlees designed and built two viaducts to cross the Kent and Leven estuaries, a superb feat of Victorian engineering. The contractor, John Brogden, who lived at nearby Holme Island, completed the Ulverston- Lancaster Railway in 1857. 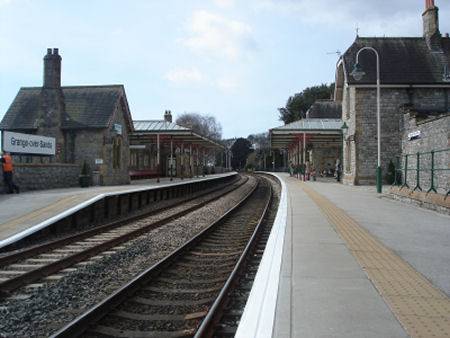 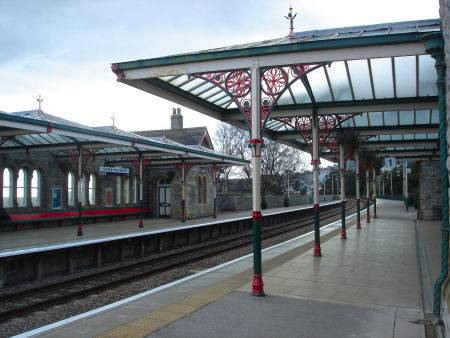