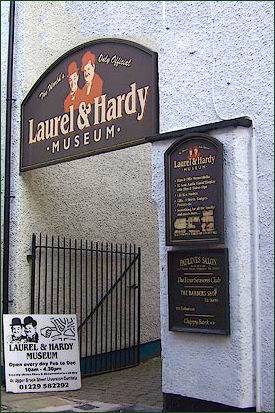 Ulverston is famous for being the birthplace of Arthur Stanley Jefferson better known as comic genius Stan Laurel. The English comic actor was born on 16 June 1890 in his grandparents' house on at 3 Argyle Street and spent his childhhood living in Ulverston his grandmother Sarah Metcalfe. 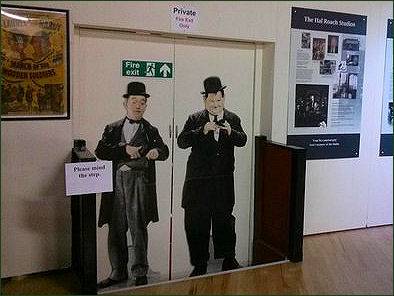 His partner the American Oliver Hardy (1892 - 1957) was born as Norvell Hardy in Harlem, Georgia.

The Laurel and Hardy Museum, which is situated in Upper Brook Street began as one room hosting a collection of pictures, films and magazine clippings owned by fan Bill Cubin.

In 1983, the collection was granted museum status. The extensive collection which now includes letters, photographs, props and a small cinema - has continued to grow and is now managed by Bill Cubin's daughter Marion and his oldest grandson Mark. The small cinema shows Laurel and Hardy films throughout the day.

A large extension to the museum was opened in 1992.