The peaceful and pleasant Cumbrian village of Baycliff lies by the shores of Morecambe Bay. In the past Baycliff operated as a fishing and farming community.

Baycliff, looking across to the Cartmel Peninsula, image courtesy of John Campbell 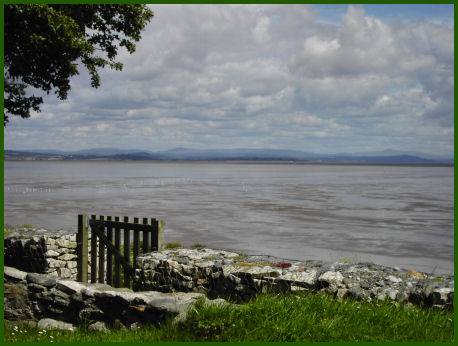 The village centre has a pretty village green and many of its buildings date to the seventeenth and eighteenth centuries. The Farmers Arms pub, situated close to the green, and the Fisherman's Arms serve food.

Nearby Conishead Priory, described by English Heritage as 'a very important Gothic revival country house with few peers in the north west; the distinctive two towers of the front elevation are an important local landmark.'

A building has occupied the site since Elizabethan times, which was replaced in the nineteenth century by the present house.  Thomas Bradyll, a colonel in the Coldstream Guards and the son of one of George III's grooms of the bedchamber, owned the estate at that time. The building now serves as the Manjushri Kadampa Meditation Centre is an international Buddhist College.