The Lakeland valley of Eskdale is twelve miles long and its scenery diverse. A valley of subtle contrasts, its western side is gentle and rolling, but it grows steadily more dramatic and mountainous to the east, culminating in the rugged grandeur of the Hard Knott Pass.

The Eskdale Valley, looking towards the Irish Sea, image courtesy of Graeme Wishart 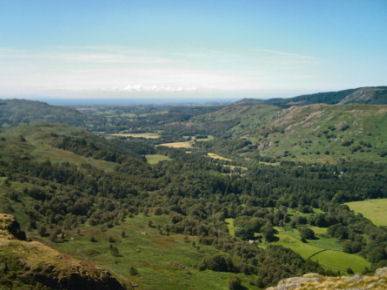 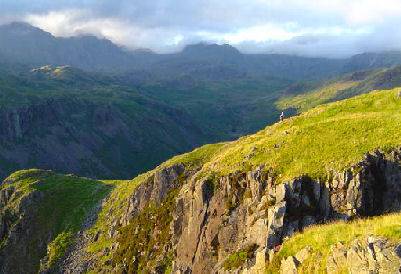 The hamlet of Eskdale Green, a stopping point on the Ravenglass and Eskdale Railway, provides an excellent base for exploring the valley. The village has a number of guest houses, an inn, St. Bega's church, a post office and village shop. Eskdale Green is home to two Lake District centres owned by the Outward Bound Trust, which focuses on sports such as rock-climbing, canoeing and orienteering. There are prehistoric cairns on the fells surrounding the village.

Nearby lies austere Devoke Water, the largest tarn in the Lake District, a bleak but quiet and unspoiled spot, set in wild moorland, it is famous for its red trout and can be accessed by the road for Ulpha from Eskdale Green and onto Birker Fell, from which there are superb views of Scafell 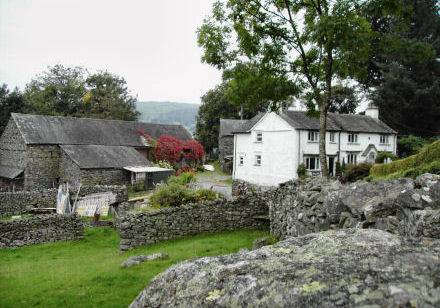 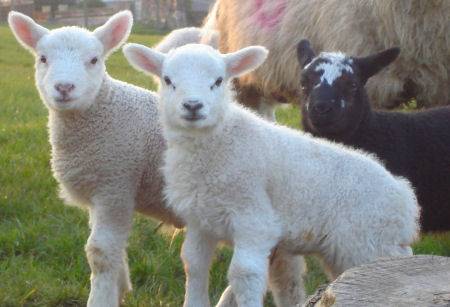 The River Esk, which emerges from the ground at Esk Hause, is considered by many to be the finest river in the region. Esk Hause Pass at 2,490 ' above sea level is the highest pass in the Lake District.

Further up the valley stands the curiously named ancient hamlet of Boot, a white oasis lying amidst dark crags, is mentioned in the Domesday Book. The village now consists of a few pretty stone cottages, a general store, and a small art gallery, which cluster around the Woolpack Inn. The Eskdale Mill in the village was restored in 1975, it dates from at least 1578 and is open to the public. The village grew up with the discovery of iron-ore in the surrounding area. Mining was carried out until the mid twentieth century.

Dalegarth Station near Boot is the eastern terminus for the seven mile long Ravenglass-Eskdale Railway, a 15" narrow gaugue railway, which is highly popular with tourists. The railway has been described as the most beautiful train journey in England. The station has a a café and shop, along with a run-round loop, turntable and siding for trains. 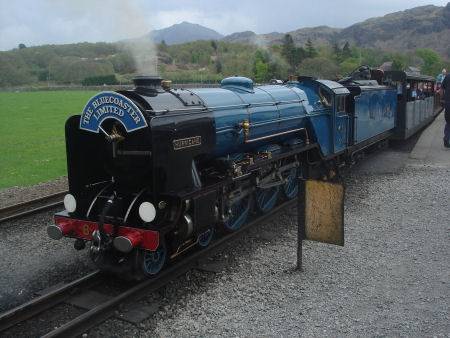 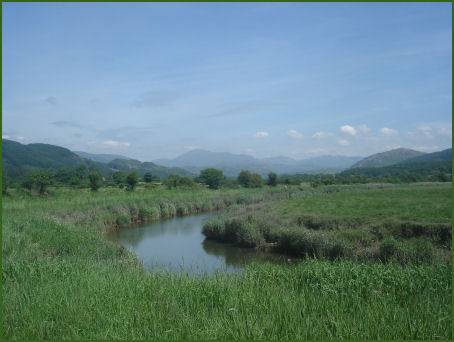 Dramatic Stanley Ghyll force (OS grid ref:- SD 174995) at Boot is a 60 foot high waterfall situated in a deep gorge, rhododendrons grow wild on ledges around the force, reputed to be the most beautiful waterfall in the Lake District.

A walk through Dalegarth to Stanley Ghyll Force

*Follow the sign posts to Stanley Ghyll and Birker fell, joining the network of paths which lead to the waterfall. When reaching a junction, turn right to eventually join the ghyll. Cross a series of three wooden footbridges, then climb the rock steps to view the waterfall.