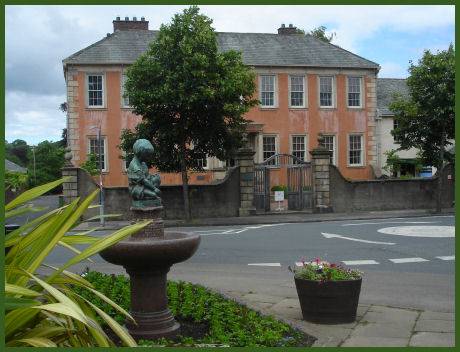 The house, which overlooks the River Derwent, is now owned by the National Trust and furnished in appropriate regency style, it contains many personal effects of the poet.

Wordsworth House dates from 1745 and was built by Joshua Lucock, High Sheriff of Cumberland. In 1761 Sir James Lowther, son of Sir John Lowther who built Whitehaven and its port, bought the property. The poet's father, John Wordsworth, moved to Cockermouth in 1764 and acquired the house due to his position as agent to Sir James Lowther. It was occupied by the Wordsworth family from 1766 - 1784.

John and Anne Wordsworth (nee Cookson) had five children in all, the eldest was Richard, who became a lawyer, was born in 1768, William, their second child, was born on 7th April 1770 and Dorothy, the third, on Christmas Day the following year. John, who would become a poet, was born in 1771 and Christopher, the youngest, who was eventually to become Master of Trinity College, Cambridge, was born in 1774.

Wordsworth's was taught to read by his mother, his father, although rarely present, did teach his son poetry, including the works of Milton, Shakespeare, and Spenser and allowed him to use his library. The young William would often stay at his maternal grandparents home in Penrith for extended periods of time. William's mother, Anne Wordsworth died on 8 March 1778 when William was eight, his father was inconsolable, William was taken in by his mother's family and eventually sent to Hawkshead Grammar School, and Dorothy was sent to live with Elizabeth Threlkeld, Ann's cousin, in Halifax. John Wordsworth died at Wordsworth House five years later, in 1783. By 1784 all the Wordsworth children had left the house to be cared for by relatives. 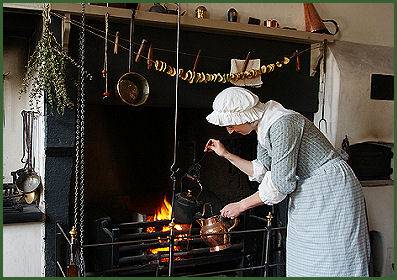 The National Trust acquired the property in 1938 and in 2003 carried out an extensive restoration to return it to its original eighteenth century appearance. Rooms which are open to the pub include John Wordsworth's office, the Georgian kitchen, dining room and the children's bedrooms. The garden features a terraced walk overlooking the River Derwent.

A visit to the house provides a fascinating insight into the family life of the Wordsworths, painstaking efforts have gone into creating the feel of the poet's childhood home, with costumed maid, manservant, nurse and cook, interactive demonstrations and replica toys, furniture and furnishings. In the working Georgian kitchen visitors can enjoy tastings of recipes popular at the time (eighteenth century Cumberland food is cooked in the kitchen daily).

The interior contains many original features including the staircase, mid eighteenth century wood panelling, fireplaces and brass door furniture. A replica 1720 William Smith English single manual harpsichord is on display in the Drawing Room, which was made by Robert Deegan Workshops in Lancaster.

Some of the pieces in the house actually belonged to the poet in later life. These include his Crown Derby dinner service, his sofa, and painted bookshelves. In the drawing room stands his bureau bookcase which houses some first editions of his works. The terrace above the River Derwent at the end of the garden was the favourite playground of William and Dorothy.

Opposite the house stands a memorial to William Wordsworth, unveiled in 1970, which was the bicentenary year of his birth. Wordsworth House was first opened to the public in 2004. Next door to the house is a National Trust Gift Shop.