Slate black Wastwater is England's deepest lake, below sea level with a depth of around 260 feet. The lake is three miles long by half a mile wide, hemmed in by some of the highest peaks in England and surrounded by some of the areas most impressive scenery. 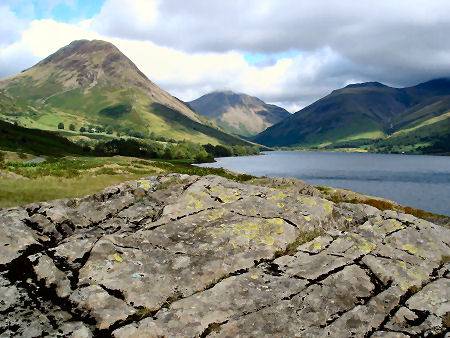 Wastwater was scooped out by grinding, flowing ice at the end of the last Ice Age. The lake's famous unstable, sliding scree slopes, which fall dramatically almost 2,000 feet down to the shore of the water from Whin Rigg and Illgill Head, lend Wast Water a wild and forbidding appearance. The screes formed as a result of ice and weathering erosion on the rocks. Red tinted bands of rock, caused by the presence of iron, add splashes of colour to the black rock. 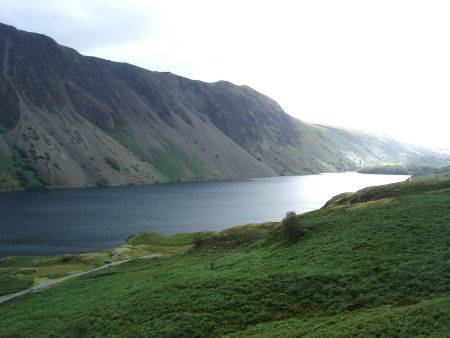 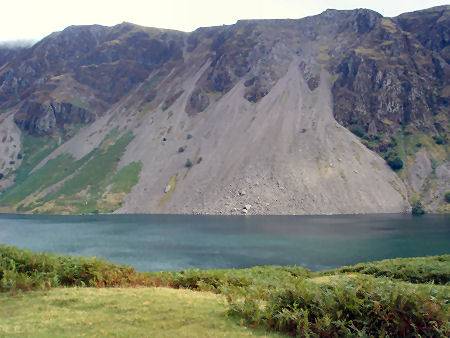 The lake is owned by the National Trust, and lies in the shadow of Scafell Pike, the highest mountain in England at 3,210 feet ( 978 metres) and the unmistakeable pyramidal shape of Great Gable, standing at 2,627 feet (801m).The easiest way up Great Gable is via the path known as Moses Trod, after an illicit whisky maker who, it is claimed, had his still on the mountain.

Left- Wastwater Right - Looking into Wasdale from the west 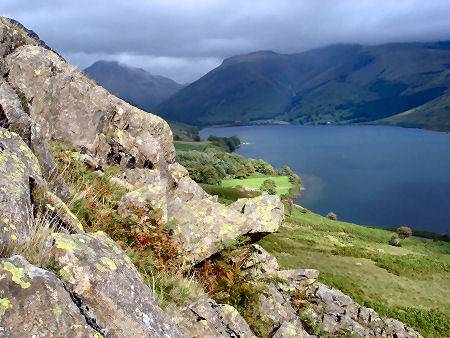 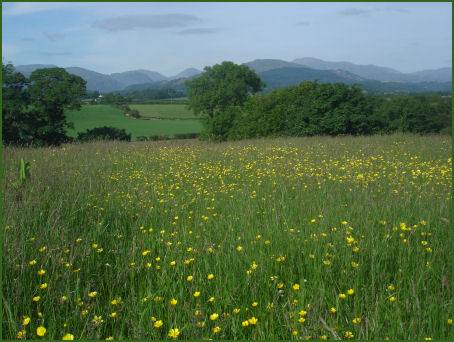 Wast Water's waters are extremely clear, due to the fact that it is poor in nutrients, the lake is described by biologists as oligotrophic, a term which implies it holds little life, but its waters do contain brown trout and char, indicative of its very low temperatures and extreme depth.

The Youth Hostel at Wastwater was once Wasdale Hall, constructed in 1826. The road to the lake terminates at the remote village of Wasdale Head.


A walk around Wastwater 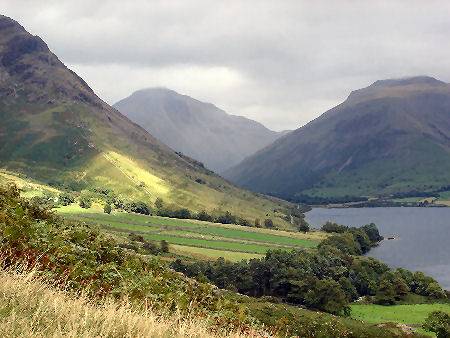 *This walk commences at Nether Wasdale (SD 126040). Go eastwards for a quarter of a mile, until you come to a road junction, turn right crossing the bridge and then left taking the track to Easthwaite Farm.

*Turn left at the farm buildings. At the junction in the path bear left, crossing the bridge, then turn right following the path to the lake.

*Continue along the lakeshore, passing the Youth Hostel, once Wasdale Hall.

*When you arrive at the road turn right and follow the road for about half a mile to the first junction. Here the view of the screes unfolds.

*Turn left and follow the road, crossing the bridge at Greendale, turn left again at the signposted footpath.

*Follow the path for around a mile and a quarter until you emerge onto a minor road. A right turn takes you back to your starting point.