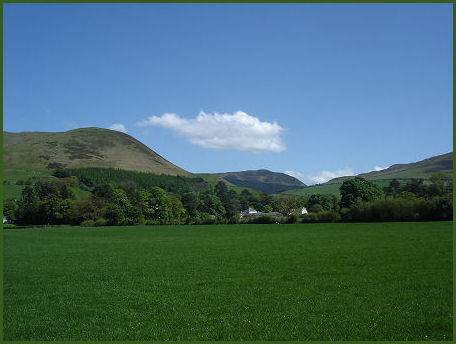 The peaceful villages of High and Low Lorton lie in the highly attractive Vale of Lorton, and are situted around three miles north of Crummock Water.

The villages are surrounded by the high fells of Grasmoor, Hopegill Head, Whiteside and Ladyside and Whin Fell.

Lorton Hall at Low Lorton has a fifteenth century pele tower attached to a house which dates to 1663, where King Charles II is reputed to have stayed in 1651, whilst attempting to gain support against Oliver Cromwell in the area during the Commonwealth period. It has priest holes, once used to hide Catholic priests from the authorities. The hall is not open to the public.

The parish church of St. Cuthbert lies between High Lorton and Low Lorton. The building dates to the nineteenth century and replaced an earlier church on the site, which had stood there since medieval times. The east window commemorates Anthony Steel-Dixon of Lorton Hall and was made by Mayer of Munich. The marriage of Mary Robinson, the famous 'Beauty of Buttermere', to John Hatfield, an imposter wanted for forgery took place at Lorton Church on the 2nd of October 1802. 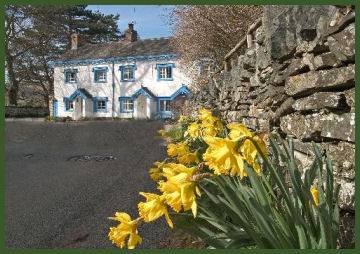 The garden at Swinside End Farm is open for charity, the garden has superb views of Lorton Vale, with herbaceous borders, informal borders of perennials, shrubs and grasses in colour-themed area, as well as planted old agricultural equipent and pergolas, a wishing well and a small pond.

A Yew tree which stands on the banks of Hope Beck, at the back of the village hall, was praised in a poem by William Wordsworth as 'The pride of Lorton Vale.' It once had a girth of 27 feet, which was reduced to thirteen feet by damage sustained in a storm. Both John Wesley, the founder of Methodism,and George Fox, the founder of the Quaker movement preached under the tree.

There are many attractive walks in the Vale of Lorton area, including that to the waterfall at Scale Force . The little-known summit of Ladyside Pike lies just off the far better-known Grisedale Pike - Hopegill Head ridge and offers an easy stroll down into the Vale of Lorton, with superb views in all directions.