Stanley Ghyll Force at Eskdale is a sixty feet high waterfall, dramatically situated in a 150' deep, narrow ravine and reputed to be one of the most beautiful falls in the Lake District. 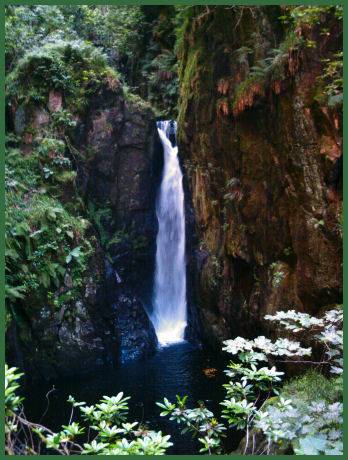 The force consists of a series of falls and pools, while Rhododendrons grow wild on the ledges and precipes surrounding the waterfall. There are a a series of small footbridges crossing the Ghyll across the beck below.

The force is only a short walk from the nearby village of Boot.


A walk through Dalegarth to Stanley Ghyll Force

*Follow the sign posts to Stanley Ghyll and Birker Fell, joining the network of paths which lead to the waterfall. When reaching a junction, turn right to eventually join the ghyll. Cross a series of three wooden footbridges, then climb the rock steps to view the waterfall.