Two and a half miles long by half a mile wide, with a depth of 144 feet, panoramic Crummock Water is owned by the National Trust. 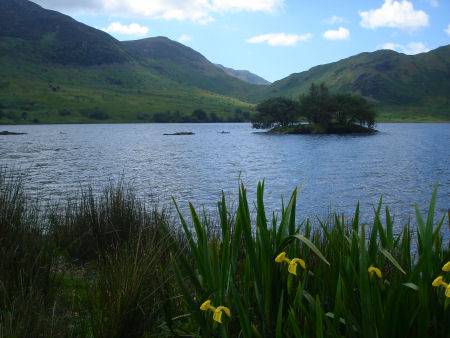 The wild and ruggedly beautiful lake is separated from Buttermere by a green fields and it is easy to determine that the two were once joined together as a much larger lake. The alluvial plain which divides the two lakes was formed from debris washed down by mountain streams after the last Ice Age. 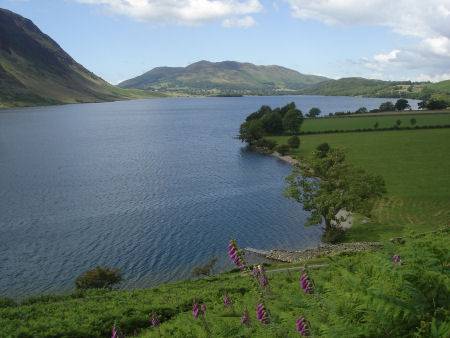 The River Cocker starts at the north of the lake, before then heading towards Loweswater, it flows on to Cockermouth where it is met by the River Derwent. Crummock Water is fed by the beck from Scale Force, at 170 feet it is the highest and most spectacular waterfall in the Lake District. 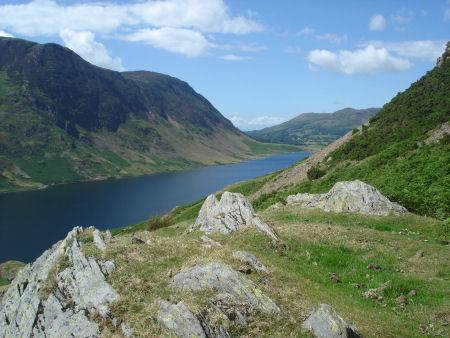 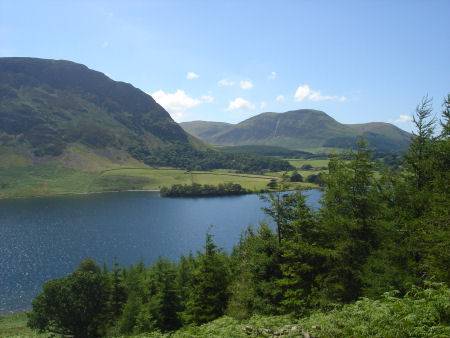 The lake is flanked on both sides by steep fellsides of Skiddaw slate, that provide superb views of the surrounding landscape. Grasmoor stands to the east of Crummock Water and the fells of Mellbreak to the west.

The name Crummock derives from the old celtic word for crooked, applied to the full length of the curving valley in which Crummock Water and Buttermere lie. Rowing boats are availiable for hire on the lake. 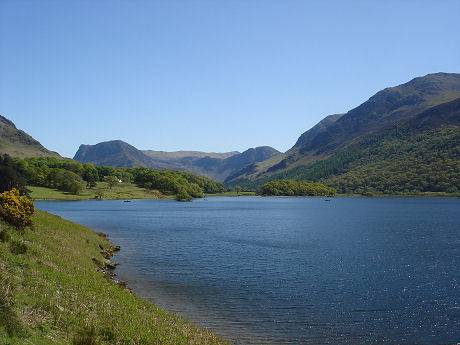 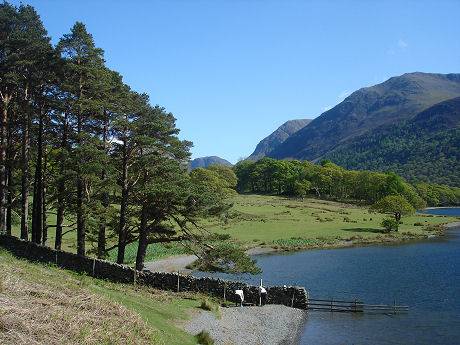 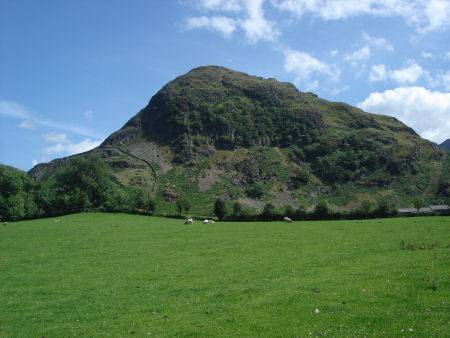 *Commencing at the roadside parking area at Cinderdale Common, beneath Grasmoor, walk up beside Cinderdale Beck for around 50 yards (46m) cross the beck, following the broad track leading up to Rannerdale Knotts.

*As the path reaches the entrance to Rannerdale, cross the footbridge over Squat Beck, turn left to a gate and take the path which rises up to Rannerdale.

*Continue on the path to the highest point of the dale, from where excellent views of Robinson unfold.

*Turn right at the top of the dale to the path that runs along the top of a ridge. The route down keeps initially to the right of the top of the Knotts, it reaches a low col between the main summit and a minor peak lower down. Turn left here and descend into a rocky gully.

*Turn left at the bottom of the gully, then right through bracken, descending to Hause Point. When the road is reached, turn right and then turn and cross a parking area. Follow the wall and then turn into the entrance to Rannerdale. Recross the bridge over Squat Beck and retrace your route to Cinderdale Common.