The peaceful, small village of Ulpha lies in the beautiful Duddon Valley and is situated three and a half miles from the small town of Broughton-in-Furness. The village's name means 'wolfs hill'. There is a small post office which also serves as the village shop, which sells gifts, maps and provisions as well as some local artwork. 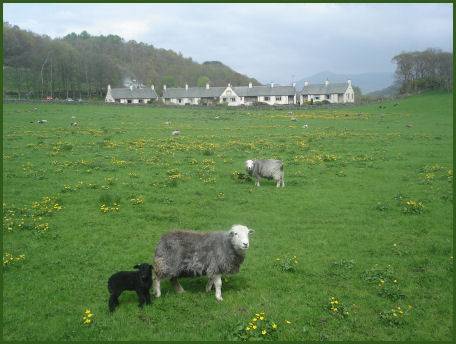 Ulpha is a settlement of great antiquity, a church is recorded as standing on the site during the reign of King Henry III (1216-72). Ulpha Old Hall Tower, which nestles at the foot of the Dunnerdale Fells, dates to between 1580 and 1620, making the ruin of too late a date to be a pele tower. The remains consist of an east facing wall of around 1.2 metres thick, with a doorway and 3 other walls, which now stand to around ground floor height.

The small and simple Lakeland church of St. John the Baptist in the village is of uncertain construction date although its east window is believed to date from the seventeenth century. The well kept churchyard, which stands in a highly attractive location above the banks of the fast flowing River Duddon, is entered through a lych gate, donated by S. Danson, who is commemorated in a wall painting within the church. 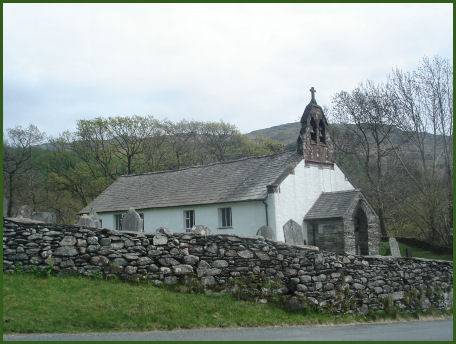 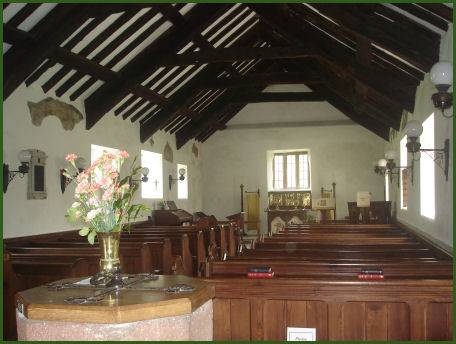 The unique wall paintings located high on the church's interior walls date from the seventeenth century and among other topics, depict the arms of the Queen Anne, last of the Stuart monarchs and a fragment of the Lord's Prayer. The church underwent restoration in the nineteenth century, the font dates from the pre-reformation era.

Detail of the seventeenth century wall paintings in the church

The altar was carved from a local cherry tree by parishoners.