The historic village of Dent, although in the county of Cumbria, forms part of the Yorkshire Dales National Park. The village, situated in beautiful Dentdale, stands slightly above the River Dee and makes an excellent base from which to explore this area. 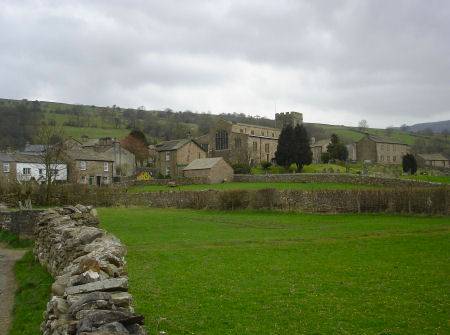 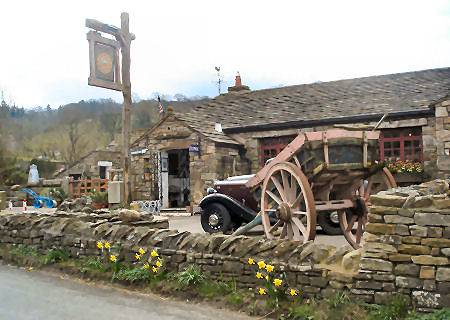 Dent is famous for its cottage industry of knitters, both men and women were employed in the trade and were known as the Terrible Knitters of Dent. The word implied the opposite to its modern meaning. Many homes in the village had galleries overhanging from the houses where the knitters sat to work. During the First World War, knitted socks and comforters were produced in profusion in the village for the troops in the Flanders trenches.

Dent's relative isolation has guaranteed its removal from many of the trappings of life in the twenty-first century. Stone and whitewashed houses cluster around the characterful twisting, narrow, cobbled streets. The Sun Inn is an attractive building, which still retains its old mounting block outside. 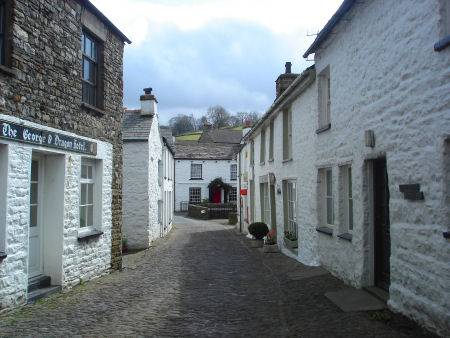 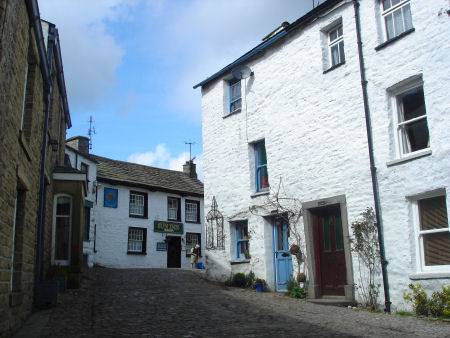 A pink granite fountain stands in the village centre, commemorating Adam Sedgwick, (1785-1873), one of the fathers of British geology, who was born at the old parsonage in the village in 1785. In 1818 he became a professor of geology at Cambridge University and was to become one of the greatest field geologists of his day. It was near to the site of the fountain that Sedgewick announced the news of the victory at Waterloo to the assembled villagers. There is a 'Sedgwick Geological Trail', which was set up to commemorate his bicentenary. In the Medieval era, a market cross stood near to the present day fountain. 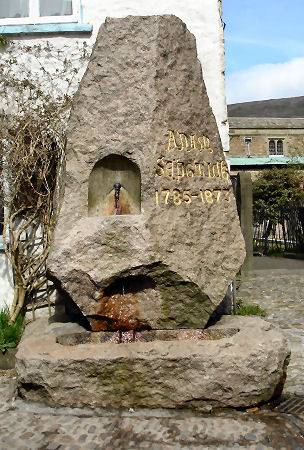 Dent Grammar School was founded in 1604 and closed in 1897, it is now managed by an educational trust and provides grants for the young people of the area. The Workshop on the Green continues the traditional manufacture of woollen garments in Dent. 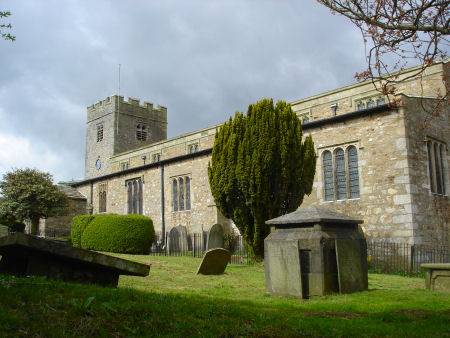 The village church of St Andrew's, which is set in an elevated position, is a prominent landmark in the dale. The tower and nave display Norman features and the doorway has a Norman arch. 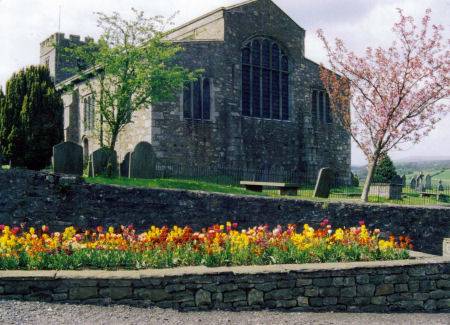 The church stands on eleventh century foundations but was rebuilt in 1417 and successively underwent restorations in 1590, 1787 and 1889. The Jacobean pulpit dates from 1614. During the Civil War a force of a hundred Royalist troops were held prisoner in the church 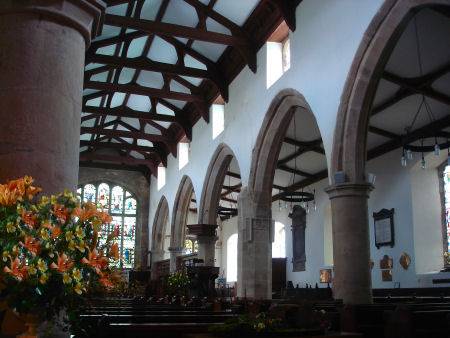 The chancel is paved with fossil rich marble and there are a number of brass memorials and stained glass windows in the church commemorating the local Sedgwick family, of which Adam Sedgewick was a member. The box pews in the side aisles date from the seventeenth century.

A local resident soaks up the spring sunshine in Dent churchyard 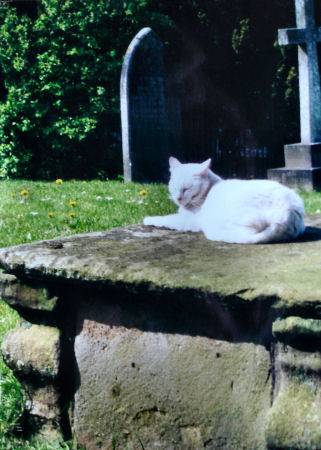 The "Discover Dentdale" Hidden Britain Centre housed within the church tower, provides information on the area and was opened by 'The Knitters of Dent' in 2004

Dentdale has a long history of religious fervour. During the reign of Henry VIII, the people of Dentdale, who were devout Catholics, took an active part in the religious insurrection known to history as the Pilgrimage of Grace , the formidable Henry VIII ensured that the participants paid a heavy price for their part in the rebellion.

The Dentdale Heritage Centre, which is situated in the village, provides visitors with a wealth of information on the working lives and customs of the inhabitants of this area through the centuries.

Dent Station, set apart from, and at a distance from the village, stands at an altitude of 1,100 feet, giving it the distinction of being the highest railway station in England. It is reached via a road which climbs 450 feet from the valley bottom in about half a mile.