Legend records that atmospheric Pendragon Castle at Mallerstang Dale was founded by Uther Pendragon, the father of King Arthur and son of the Celtic King Constantine. According to the legend, Uther tried to re-route the River Eden to create a moat for the castle, alluded to in the local rhyme "Let Uther Pendragon do what he can, Eden will run where Eden ran." Another story relates that Uther Pendragon and a hundred of his men met their end at the castle when the Saxon invaders poisoned the well. 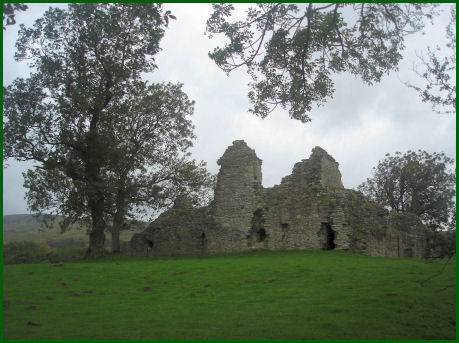 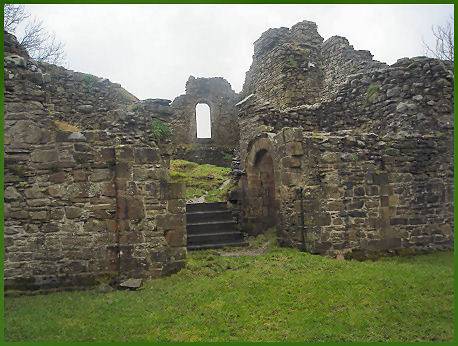 In fact there is no evidence to suggest Dark Age settlement at the site, apart from the discovery of a Roman coin, the Romans established a fort along the road between their forts at Brough and Bainbridge. 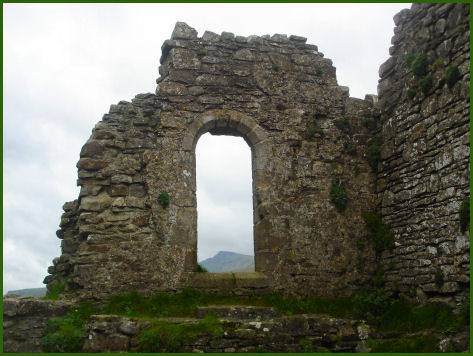 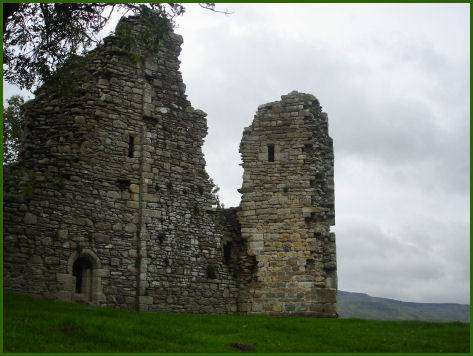 The castle dramatically bestrides a mound near the River Eden overlooked by Wild Boar Fell to the south west and Mallerstang edge to the east. It was probably constructed in the twelfth century by Ranulph de Meschines, during the reign of William II, the remains of the keep are Norman, although the Garderobe Turret dates from the fourteenth century. A moat, crossed by two causeways once provided protection for the castle, while the walls were up to fourteen feet thick in places. The remains of spiral stairs, latrines, turrets, and chambers can still be discerned.

One of the castle's most infamous owners was Hugh de Morville, one of the knights responsible for the murder of St. Thomas A'Beckett at Canterbury Cathedral in 1170, forester of Cumberland, and itinerant justice for Cumberland and Northumberland in 1170, Hugh held the Barony of Burgh by Sands. He later went on pilgrimage to the Holy Land to obtain absolution and died in 1204. 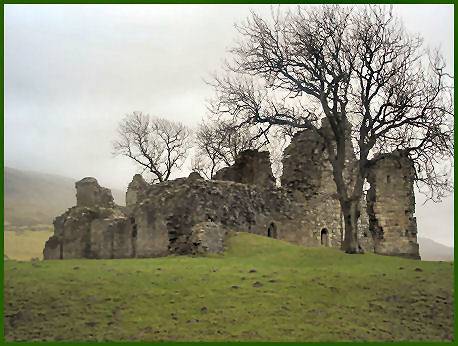 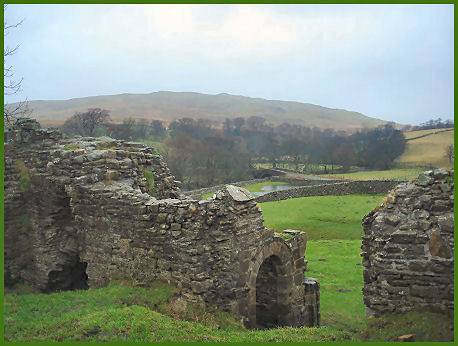 Pendragon Castle passed to Robert de Veteripont and was at one time came into the possesion of Lady Ideona de Veteripont who founded the nearby church of St. Mary at Outhgill. The castle was later inherited by Robert de Leyburn, passing into the ownership of the wealthy Robert de Clifford. Robert acquired a licence to the crenalate the castle in 1309, when it was possibly enlarged. When he was killed fighting for King Edward I at the Battle of Bannockburn in 1314 it was inherited by his son, Roger. 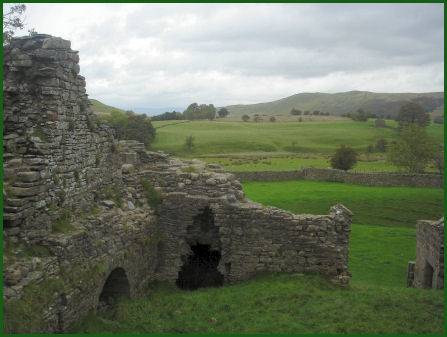 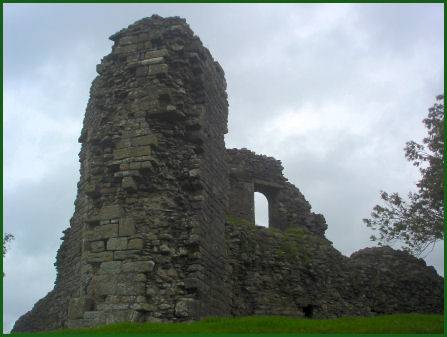 Destroyed by a raiding Scottish army in 1341, the castle was rebuilt in 1360. A disastrous fire in 1541 left Pendragon castle in a desolate and ruined state, but it was again restored in the mid seventeenth century by Lady Anne Clifford. Following Lady Anne's death in 1676, it again fell into ruins, her successor, the Earl of Thanet, removed all valuables from the castle, even down to the lead from the roof. Much of the building above the second storey had collapsed by the late eighteenth century.