Beautiful Dentdale in East Cumbria is ten and a half miles long and boasts some superb scenery.

The Dales Way long distance footpath passes through the dale, there are numerous footpaths, which include the spectacular walk up the beautiful wooded gully to Flintergill. There are also two major long distance cycle routes which traverse the dale. The Dent Fault runs along the valley, the fault marks a geological boundary between the carbonferous limestone of Deepdale and the Craven Dales to the south and the older Silurian rocks of the Howgill Fells to the north. 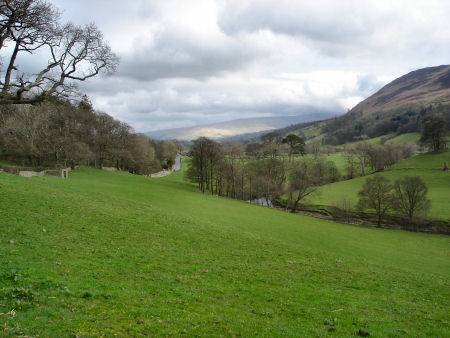 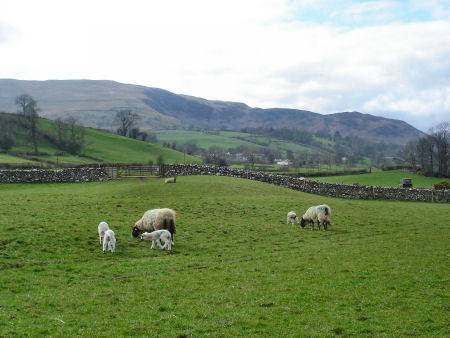 Dentdale was one of the last independent Celtic kingdoms to fall to the Anglo-Saxons, who conquered the region in the 7th century. The Vikings later settled in the dale, leaving behind them a strong influence on the local dialect and place names. The area is steeped in history, from evidence of Norse settlers to more recent stories of Quaker families. Near Rash Bridge may be seen the remains of hut circles and a burial mound of Iron Age origin. 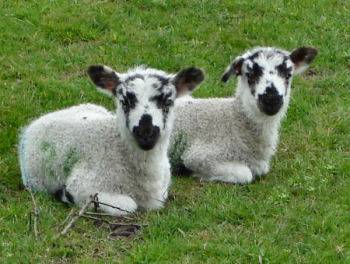 Adam Sedgwick, who was to become one of the founding fathers of British geology, was born in the village of Dent , at the Old Parsonage in Vicarage Lane in the village, he was the third of a family of seven chidren born to an Anglican vicar, Rev Richard Sedgwick. The Sedgewick family had lived in the valley since the mid sixteenth century.

The young Adam Sedgwick loved to spend time rambling through the surrounding countryside, collecting the rocks and fossils which fascinated him from an early age. During these early formative years he came into contact with John Dawson of Garsdale, a brilliant shepherd mathematician whose visits promoted lively intellectual discussions in the family. He was educated at the grammar schools of Dent and Sedbergh and at Trinity College, Cambridge, where in 1810 he was elected a fellow. 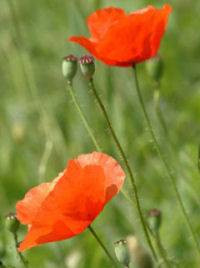 The valley derives its name from the village of Dent. Dent lies slightly above the River Dee and is set amongst the hills of Barbon High Fell, Middleton Fell, Rise Hill and Whernside, which at 2, 414 feet is the highest point in the Yorkshire Dales National Park. Dent's relative isolation has guarranteed its removal from many of the trappings of life in the twenty-first century, an endearing settlement with many interesting features and a range of accommodation, it provides an excellent base from which to explore this area.

High Hall, near Flood Lane, was the ancient manor house of Dent, the present building was constructed in 1625 but underwent extensive alterations in 1665. The Flood Lane area is famous for its colourful profusion of wildflowers and makes an excellent setting for a walk.

At Helmside, just off the road to Sedbergh, the Fawcett family minted a special Dent coinage during the period of the English Civil War. A few of the coins still survive. The Dent Craft Centre, offering crafts, pottery, metalwork, clothing, prints and watercolours, ( many by artists and crafts people of the Dales.) for sale is located at Helmside. The centre is contained within a highly characterful building which was originally an eighteenth century hay barn. It also has a tearoom which serves light meals and refreshments. 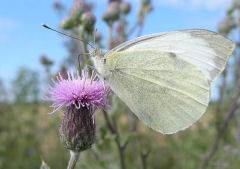 The small remote village of Cowgill boasts a three hundred year old listed pub, the Sportsman, which provides accommodation and homemade food. The characterful village has a Church of England church, St. John's, built in 1838 on the site of a former nonconformist chapel, and a Methodist chapel, now a private house, which dates from the nineteenth century.

The Quaker leader George Fox (1624 - 1691) stayed at Cowgill in 1652 and in the same year a Society of Friends was formed in Dentdale. Until around 1701, meetings were held in local farms until the Quaker Meeting house with burial ground was built at Cowgill followed by a second one in Dent village.

The picturesque hamlet of Gawthrop has an interesting a cornmill, which probably dates from the fifteenth or sixteenth century. The village has several other interesting ancient buildings and is well worth a visit.

Imposing Arten Gill and Dent Head viaducts were constructed at Dentdale in the 1870's to carry the Settle- Carlisle Railway, which passes through the valley, over Dent. 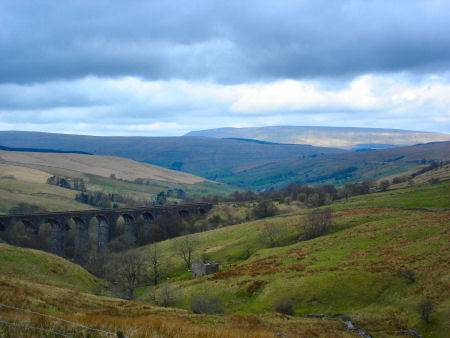 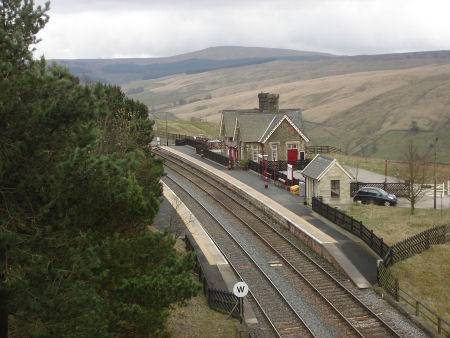 Dent Station, set apart from, and at a distance of four miles from the village of Dent, stands at an altitude of 1,100 feet, giving it the distinction of being the highest railway station in England. The station was first opened for public use on 6th August 1877. It was closed in 1970 and re-opened in 1986 at which time the station was sold off, at the peak of its use 90 trains a day passed through the station. A feature of the station which is not seen on other station buildings on the railway is the extra 'hood' of roof that is found over each of the front windows to add extra protection from the elements at that altitude. It is reached via a winding road which climbs 450 feet from the valley bottom in about half a mile.