The small town of Brough lies in the beautiful Eden Valley, and is located a few miles north of Kirkby Stephen.

Brough is a twin village, Church Brough, the southern settlement, lies on a former Roman road and contains the impressive Brough Castle. The castle was founded in 1090 by King William Rufus, to guard the routes across the Pennines into Yorkshire and south into Westmorland and Lancashire, following the area being annexed from the Scots. It was one of the first stone castles to be built in Britain, and some of the walls display the herringbone pattern typical of Norman masonry. Brough Castle remained a favoured home of the Clifford family until 1521, when disaster struck when it was destroyed by a great fire during the Christmas festivities. It remained in a sad state of disrepair until 1661 when Lady Anne Clifford, the great Westmorland heiress, started restoration works on the castle and later used it as one of her homes.

The northern part of the town, Market Brough, lies on a medieval road. Church Brough's houses stand around a market square decorated with a maypole, while Market Brough boasts a wide and long main street.

The village is located on the site of the Roman fort of Verterae ("The Forts"), on the northern leg of the Roman-era Watling Street, linking Luguvalium (Carlisle) with Eboracum (York) and points south. The area of the rectangular fort, which once occupied the land to the south of the Swindale Beck, is now a Scheduled Ancient Monument. 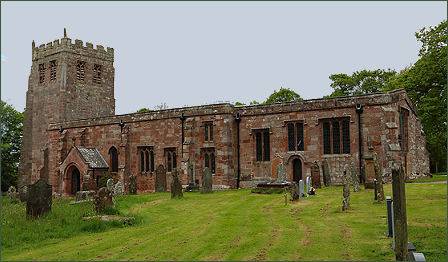 St Michael's Church, in Church Brough (pictured right), a large building with an impressive tower, dates back to the Norman era, and may have suffered during William I of Scotland's attack on Brough Castle in 1174.

Traditionally, on Twelfth Night, a burning holly tree would be carried through Brough, followed by a brass band. When the flames had partially gone out, the villagers would try to bring the tree to a pub, where the party would continue until the early hours of the morning. The village was also the venue for a popular fair on the second Thursday of March.