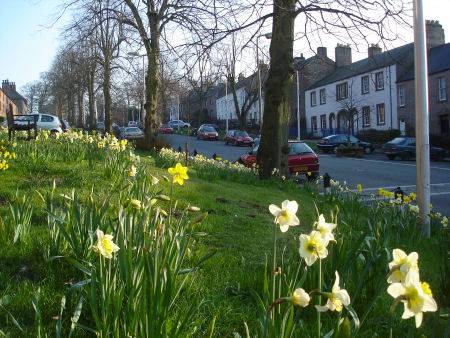 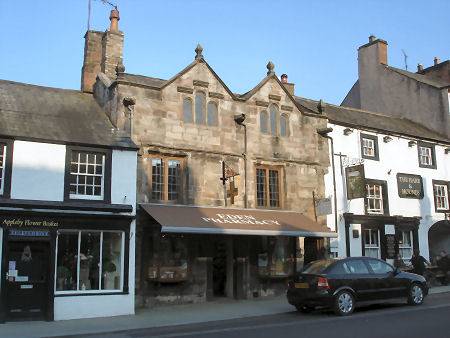 Appleby has a long history, it began as a cluster of farmsteads built by Viking settlers over a thousand years ago, it alternated between the kingdoms of England and Scotland as the border between the two countries fluctuated throughout the Dark Ages and early Middle Ages and became the seat of a powerful Norman barony and has been the subject of a number of Scottish raids. Appleby was granted its market charter by King Henry II, first of the great Plantagenet dynasty, in 1174.

The town is dominated by its solid and imposing castle, the keep, known as Caesar's Tower, was built by Ranulf de Meschen, when King William II, known as William Rufus, captured Westmorland from the Scotland in 1092. The castle was inherited by Roger de Clifford in 1269 and remained in the possesion of the powerful and influential Clifford family for the following four hundred years. 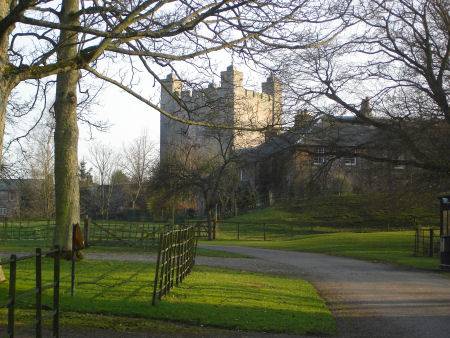 The views from the roof are superb. The dwelling house is an impressive building, it was constructed in the late 17th century by the Earl of Thanet. The Great Hall contains many interesting paintings and furnishings. One of the bedrooms boasts an elaborately carved four poster bed.

Much of the castle fabric was destroyed by Oliver Cromwell in the seventeenth century, but the thirteenth century tower and the Great Hall still survive. After the Civil War it was restored by Lady Anne Clifford, the third and only surviving child of George Clifford, 3rd Earl of Cumberland, and his wife Margaret Russell, who carried out much repair and restoration to properties owned by her family in the area. The Great Hall contains a triptych of Lady Anne and her family which dates from 1646.

The castle is a centre for the Rare Breeds Survival Trust, which has many rare animals and birds. There is also a nature trail, car park, tea rooms and a picnic area.

The town offers some interesting historic buildings and riverside walks along with a plethora of interesting shops along its mainstreet. Appleby's wide tree lined main street, Boroughgate has recieved the accolade of being one of the most attractive streets in England. It runs up to the Castle entrance and contains the Moot Hall, dating to 1596, is now used as the town's tourist information centre. The Cloisters, situated at the lower end of Boroughgate, is a characterful, castellated building which echoes the castle at the opposite end of the street and was designed by Sir Robert Smirke in 1811.

Two large crosses, known as the High and Low Cross, stand at either end of Boroughgate and mark the original boundaries of the market. The High Cross situated outside the entrance to Appleby Castle, dates from the seventeenth century and bears the inscription: "Retain your loyalty preserve your rights". Appleby was Pitt the Younger's constituency when he became Prime Minister in 1783. The Low Cross is a copy which was erected in the eighteenth century. 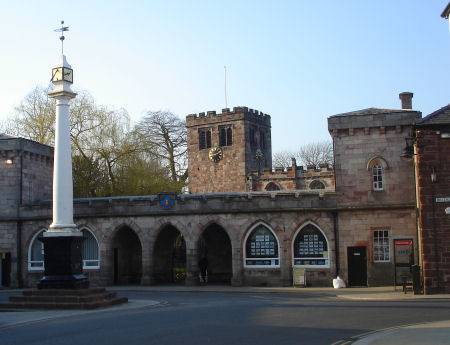 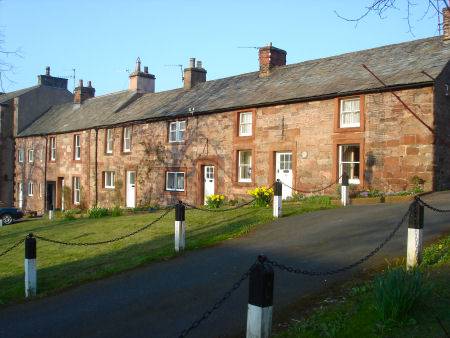 St. Lawrence's church stands through the imposing Gothic arch of the Gothic style arcade at the lower end of Boroughgate. The church is largely eclectic in style, the exterior iis Perpendicular, the interior Early English and Gothic Revival. 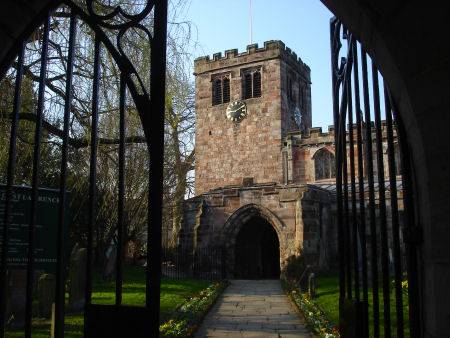 The lower part of the tower, the oldest surviving part of the building, dates to the twelfth century, although only one of its windows is original. Successive restorations have been carried out on the building. The porch dates to the early fourteenth century, but the arch with its impressive dog-tooth moulding is older and was constructed around a hundred years before. 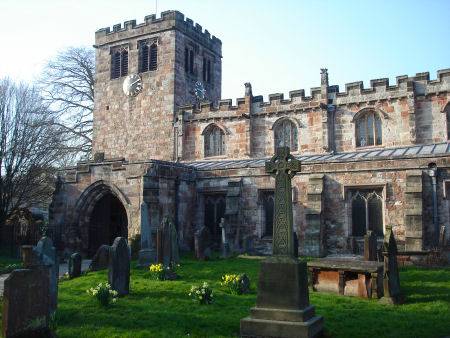 The church was burned in the course of a Scottish raid in 1174, and suffered further damage during a raid of 1388. Lady Anne Clifford, a generous local benefactor, repaired much of the damage in the seventeenth century. She added the north chapel and east end buttresses. 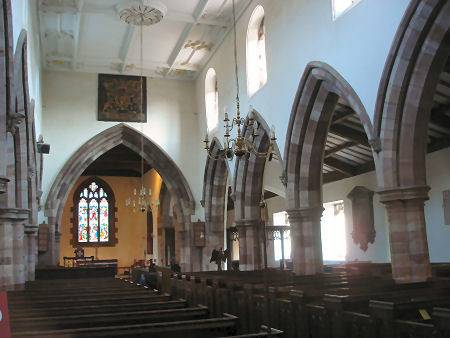 The superb organ was a gift to the town of Appleby from Carlisle Cathedral in 1683, it is considered to be the oldest organ in England which is still in use. The organ case woodwork dates from the 1540s, 1680s, and 1830s. Three volumes of "Foxe's Acts and Monuments of the Martyrs", which are kept in the church date to 1631.

The North Clifford Chapel contains the Black Marble Monument of Lady Anne Clifford, Lady Anne's coffin lies in a vault beneath. The tomb was constructed before her death in 1676. An alabaster effigy of her mother, Margaret Cifford (nee Russell) , lies next to it.

By the river at Appleby 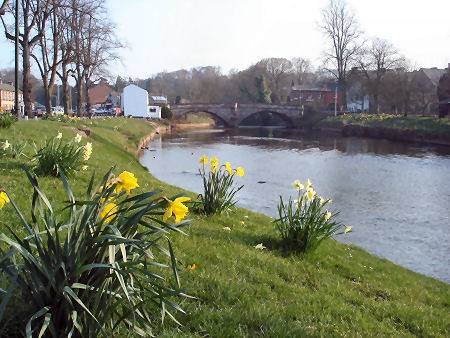 The famous Settle to Carlisle Railway runs through the town, constructed in 1876, it is one of the engineering marvels of the Victorian age. A ride on a steam train through some of the most spectacular scenery in England makes a novel and unforgetable experience. There are some very good walks in the surrounding area of the town, particularly along the River Eden. Appleby makes an excellent base for exploring the Lake District to the west, or the Yorkshire Dales just a few miles to the southeast

Appleby is perhaps most famous for the annual three hundred year old Gypsy Horse Fair, one of the largest in Europe. The fair is held on the second Tuesday and Wednesday in June and runs for a week. Gypsies gather from all over Britain to attend the fair, many travelling in horse drawn caravans, to meet old friends and conduct business. The fair has existed since 1685 under protection of a charter granted by the Stuart King James II.

The Horse Fair is held in a field a mile from the town centre, which at one time was referred to to as Gallows Hill, as it was the site of public hangings. It is now popularly known as Fair Hill.