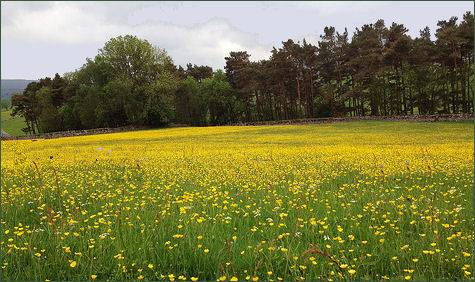 The picturesque village of Ravenstonedale, historically also known as "Russendale", lies in the Upper Eden Valley at the foot of the Howgill Fells. The town of Kirkby Stephen is situated about 4 miles to the north east of the village. Ravenstonedale makes an ideal base for exploring the Howgills and since it is located between the Lake District and Yorkshire Dales National Parks. It is a good location for exploring both regions. 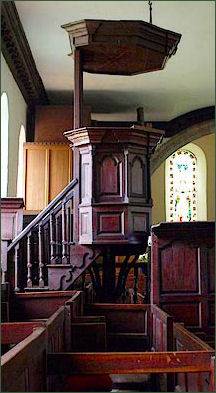 The village church of St Oswald's dates mainly from the eighteenth century, though occupies the site of a previous church, a few fragments of the previous church are built in to the fabric. The base of a Saxon cross, stands near the church porch and is the oldest relic of Christian worship in the village.

The church has an interesting interior where rows of box pews face a central aisle in the collegiate style. There is a very good example of a three-decker pulpit. One of the East windows is dedicated to Elizabeth Gaunt, who was burnt to death at at Tyburn on on 4th October 1685, after having been convicted for involvement in the Rye House Plot to assassinate Charles II, who came from nearby Brownber. She was the last woman to have been executed for a political crime in England. Elizabeth's crime had been to hide James Burton, one of the men implicated in the plot, for the sake of his family, she also gave him her savings to aid his escape. 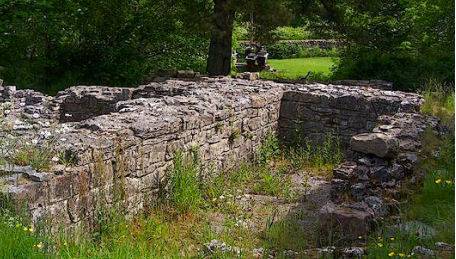 On the north side of the church are the foundations of the Gilbertine Abbey built about AD 1200, and excavated in 1920. It was founded in the reign of Henry II, when Torphin, son of Robert, son of Copsus, assigned the manor and advowson of Ravenstonedale to Watton Priory in Yorkshire. It was supposed to house a master and three canons. The priory ruins were excavated by E P Frankland in 1928-29, who recognised it as being the Gilbertine cell. The Gilbertine Order was founded in around 1131 by Gilbert of Sempringham in Lincolnshire. It was the only English Monastic Order and had several establishments on the eastern side of England between East Anglia and Yorkshire. It included women as well as men but there is no evidence that there were ever nuns at Ravenstonedale.

Wainwright's Coast to Coast Walk passes through nearby Newbiggin On Lune on its way from St Bees to the East Coast of Cumbria.


Towns and Vilages of Cumbria