The Settle-Carlisle Railway which runs through the remoter regions of the Yorkshire Dales and the North Pennines, was one of the engineering marvels of the Victorian age. An ambitious concept built by the Midland Railway Company in 1876, it crosses in almost a straight line to link the valleys of the Ribble and the Eden. 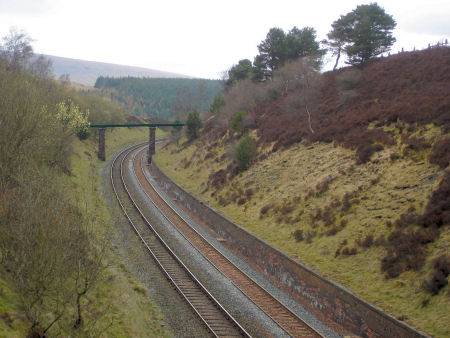 The line was the last great mainline railway to be built in England and was completed in 1876. The railway line took six years to build and consists of 72 miles of tracks with 20 major viaducts and 14 tunnels.

The station at Kirkby Stephen 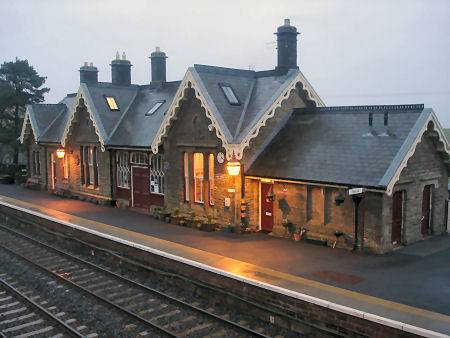 The Settle-Carlisle Railway occupies a position of importance in the history of England's communications. The staggering cost of its construction, was £3,500,000, an astounding sum in today's money. Suggestions that the line should be closed, in 1981, prompted a public outcry lead by a Yorkshire M.P.

The route passes through some of the most dramatic scenery in England, Arten Gill and Dent Head viaducts were constructed at Dentdale in the 1870's to carry the track over the high fells of the remote Pennine valley. 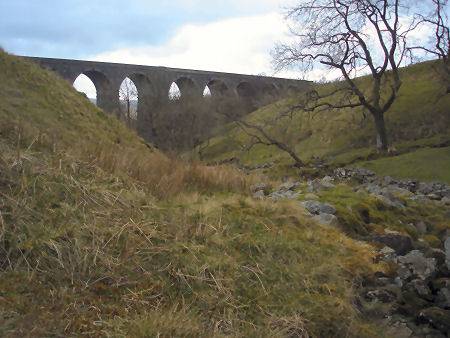 Dent Station holds the distinction of being the highest railway station in the country, and stands at an altitude of 1,100 feet. It is reached via a road which climbs 450 feet from the valley bottom in about half a mile.Set apart from, and at a distance of four miles from the village of Dent, it was first opened for public use on 6th August 1877. It was closed in 1970 and re-opened in 1986 at which time the station was sold off. At the peak of its use 90 trains a day passed through it. A feature of the building which is not seen on other station buildings on the railway is the extra 'hood' of roof that is found over each of the front windows to add further protection from the elements at that altitude. 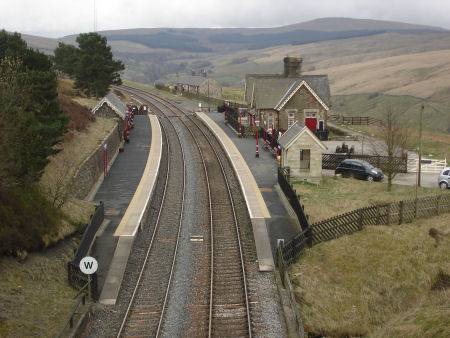 Over 6,000 workers, many of them of Irish origin, where employed in building the railway line, they laboured in appalling conditions and were housed in large camps. What remains of the camp at Batty Green can still be seen near Ribblehead today. In human terms as well as monetary, a heavy toll was paid for the railway's construction. The death toll amongst these workers has gone unrecorded but around eighty died at Batty Green alone as the result of an epidemic of smallpox. In 1997, a memorial stone to some of these workers was placed in the corner of the churchyard of St Mary's Church, at Outhgill in remote Mallerstang Dale in memory of a specific 25 men and their families who died during the construction of this part of the line, who were buried in unmarked graves within the churchyard.

The memorial to workers on the Settle-Carlisle Railway at St. Mary's Churchyard, Mallerstang

Commencing at the limestone uplands around Settle, the highly scenic route to Carlisle takes the passenger north up Ribblesdale, between the Yorkshire peaks of Ingleborough, Whernside and Pen-y-Ghent and over the 24 arches of the Ribblehead Viaduct before entering the longest tunnel on the line at Blea Moor. Travelling through beautiful Dentdale, the line leaves the Yorkshire Dales at Garsdale and continues through the lush green rolling hills of Cumbria's Eden Valley, with its pleasant villages and bustling market towns of Kirkby Stephen and Appleby in Westmorland before arriving at the Citadel Station in the historic border city of Carlisle.