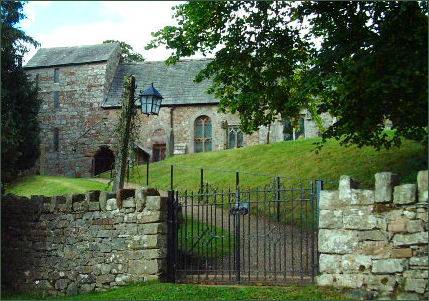 The small village of Great Ormside is situated in the Vale of Eden and is located some 3 miles to the south-east of Appleby-in-Westmoreland. The village is set around a pleasant triangular village green, and acquires its name from a Viking warrior called Orm.

The simple sandstone village church of St James, (pictured left) which is pleasantly situated beside the River Eden, is now a scheduled ancient monument. The building stands on a mound, once used for defensive purposes. It is one of the oldest churches in Cumbria, with parts of the building dating to around 1140.

The church font dates from Norman times, the church also boasts a fine oak roof, and an oak pulpit. In the North wall of the Chancel is a fourteenth century hagioscope, or Leper's Squint, which enabled those afflicted by the disease to be kept seperate from the healthy members of the congregation, but allowed them to view the altar. 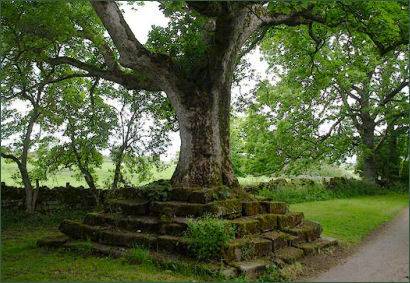 The churchyard contains a cross socket with a date of 1643, and it was here in the early nineteenth century, that the Ormside Bowl, one of the finest pieces of Anglo-Saxon silverwork found in England, was discovered. There is a small exhibition in the Hilton Chapel in the Church which covers the discovery of the bowl.

A large sycamore tree grows out of the centre of a flight of stone steps. Known locally as the 'Cross Tree', it is thought that this grows on the site of a preaching cross, when the cross was broken and removed to the churchyard the sycamore was planted in its place

Ormside Hall, a seventeenth century house which stands by the church, now serves as a working farm. The building incoporates a fourteenth or fifteenth century pele tower which once guarded the ford across the River Eden at the village. The hall was once seat of the Barton family, in 1406 it is recorded that a John de Barton and his wife Alice "made a settlement of the manor". The Barton family sold the manor during the reign Queen Elizabeth I (1558-1603), to Sir Christopher Pickering, of the Pickering family of Crosby Ravensworth. When Sir Christopher died in 1620 it passed to Cyprian Hilton, who died in 1652. Generations of the Hilton family lived here for over 100 years from 1620.

The nearby ten arched Ormside Viaduct, built between 1870 and 1875, carries the Settle to Carlisle Railway across the River Eden. The nearest railway station is Appleby-in-Westmorland.

The Ormside Bowl is an Anglo-Saxon double-bowl in gilded silver and bronze, with glass, it is perhaps Northumbrian, dating from the mid eigth century which was found in 1823, possibly buried next to a Viking warrior in Great Ormside, though the circumstances of the find were not well recorded. If so, the bowl was probably looted from York by the warrior before being buried with him on his death. The bowl is one of the finest pieces of Anglo-Saxon silverwork found in England. 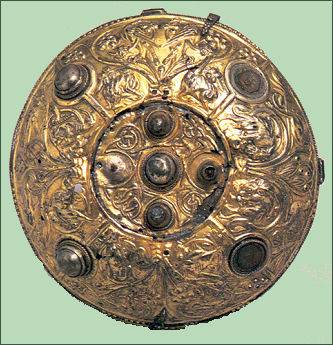 The bowl was found buried in 1823 in what is now St James' Churchyard in Great Ormside and donated to the Yorkshire Museum. In 1898 the burial of a Viking warrior was found in the same churchyard. This burial, including a sword, is now in the Tullie House Museum and Art Gallery in Carlisle where it forms an important part of their early medieval collection.