The small and peaceful hamlet of Killington nestles near the foot of the Howgill fells, between Sedbergh and the M6 motorway.

The Pele Tower from the church entrance 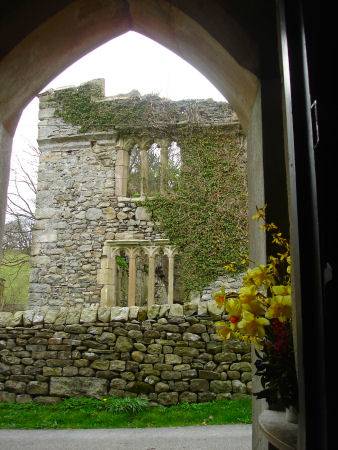 The village, which is no more than a cluster of characterful cottages and farms, is approached via a narrow lane, just about wide enough for a car, and sunk deeply beneath hedgerows that are fragrant in the spring. 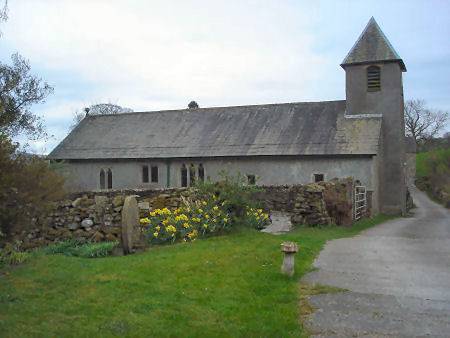 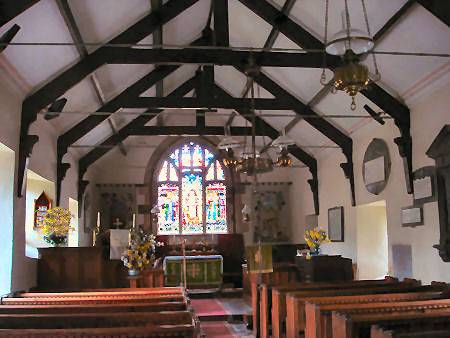 All Saints Church in the village, was once the chapel of the Pickering family and has some fine fourteenth- fifteenth century windows on its north side.

The windows on the south side of the church date from the seventeenth century. It is reported that there once existed a secret passage between the church and Killington Hall. The window which is central to the north wall may have been the original east window, it contains a fragment of medieval glass depicting the lion coat-of-arms of the Pickering family.

Killington Hall is situated opposite All Saint's Church. The hall is believed to have been built built by Sir James de Pickering in the early 14th century and is now attached to a seventeenth century house. The house itself is now occupied as a farmhouse. 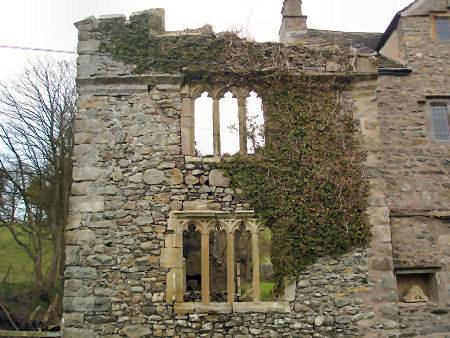 The attached pele tower is in a decayed state, and is now little more than a shell which lacks its roof. The floors have similarly gone and the crenellations have also long ago disappeared. 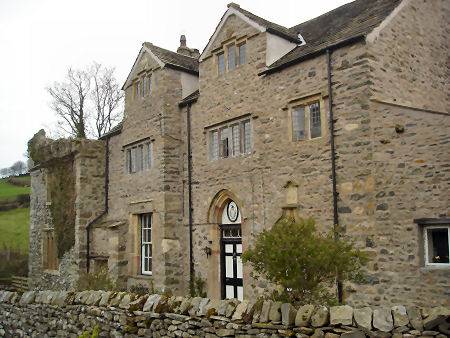 The moat now consists of a boggy stream which surrounds the site on three sides, although the medieval sandstone windows have survived, as well as stone heraldic symbols.