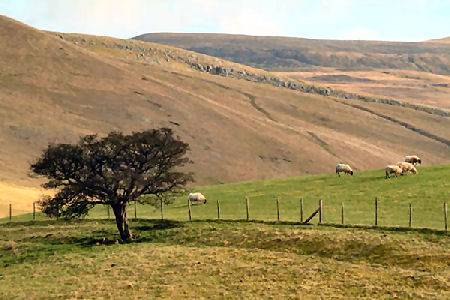 Mallerstang, a remote and peaceful Pennine Dale, lies on the eastern edges of the county of Cumbria and to the south of Kirkby Stephen.

The valley is bounded by bleak Wild Boar Fell (708m, 2,416 ') to the west, and Mallerstang Edge and High Seat to the east. The views from Wild Boar Fell on a clear day are spectacular, covering the Pennines and the Lake District fells.

On the summit of Hugh Seat, stands a pillar erected by the wealthy local heiress, Lady Anne Clifford, Countess of Westmorland. The countess placed the pillar there in 1664 to commemorate Hugh de Morville, one of her predecessors as Lord of the Manor of Mallerstang. Sir Hugh was one of the knights infamous for murdering St Thomas a Becket in Canterbury cathedral during the reign of Henry II. 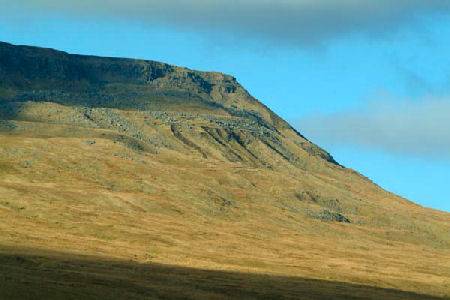 The Settle-Carlisle Railway also follows the course of the valley, en route from Garsdale Head to Kirkby Stephen.

The River Eden flows through the dale, the ancient road to the east of the river is known as Lady Anne's Highway, for Lady Anne Clifford, who travelled extensively in the area between her various properties. The Eden has its source on Black Fell Moss above Hell Gill Beck.

Hell Gill Force, where Hell Gill Beck plunges panoramically into a narrow gorge, can be easily be accessed by path. The waterfall is a single drop fall of approximately 8 metres (25 feet). Hell Gill Beck marks the county boundary between Cumbria and Yorkshire.

The dale's unusual name is thought to derive from a combination of two languages, the Celtic word moel bryn, meaning "bare hill", and the Old Norse word stong, meaning a land mark. The "bare hill" refers to Wild Boar Fell.

Long fallen out of use in other parts of England, many of the old Celtic place names have survived in the north west. The Cumbrian Celtic language, a form of Brythonic Celtic which was similar to Welsh 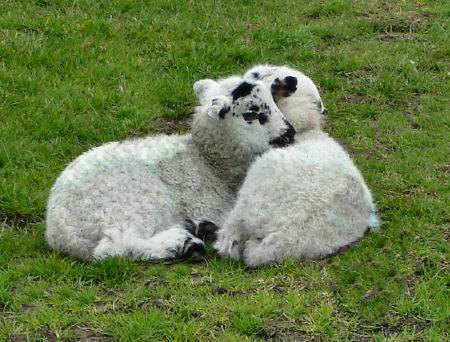 and Cornish and known as Cumbric, died out in the area in the Middle Ages. Its last vestiges survived into the twentieth century as folk memories of Celtic numbers used by Cumbrian shepherds for counting sheep. The Celtic peoples of the area gave themselves the name 'Combrogi' or ' Cymri', meaning 'Fellow Countrymen', from which the county name Cumbria, derives.

Ten men from the dale were hung there on 24th February 1537 as a result of their participation in the northern rising in protest at the Dissolution of the Monasteries known as the Pilgrimage of Grace, against that larger than life monarch King Henry VIII. Having gathered at Lammerside Castle, the men of Mallerstang joined with the northern rebels who were marching on Carlisle. The uprising was put down with savage ferocity, out of the large number of prisoners taken, 74 were selected to be executed in their own villages as an example to all.

The hamlet of Outhgill, a small and scattered village which retains the Norse pattern of its original settlement, lies five miles south of the town of Kirkby Stephen. A replica of the "Jews Stone" stands on the pleasant village green, the monument was originally placed there to mark the source of the river Eden and acquired its name from the inscriptions in greek and hebrew.

James Faraday, father of the scientist Michael Faraday (1791-1869), worked as a blacksmith in Outhgill. Faraday Gill in Mallerstang, and Farday Road in Kirkby Stephen have both acquired their names from the dale's most famous resident. The family cottage is now known as Faraday Cottage.

St Mary's Church is reputed to have stood at Mallerstang Dale since the fourteenth century, although the earliest records of the church date to the sixteenth century. It is a small and simple building with a bell turret which contains a thirteenth century bell. A stone above the porch records the restoration of the church by Lady Anne Clifford.

Wharton Hall, which lies around two miles to the south of Kirkby Stephen, was built by Sir Thomas Wharton in 1436. The gatehouse is of later date and was completed in 1559. The hall today forms part of a working farm. At the Northern end of the dale are the intriguing earthworks known as the Giants Graves, their origins are unknown and the purpose of the "pillow mounds" is obscure, but they are thought to be the remains of Bronze Age burial mounds. 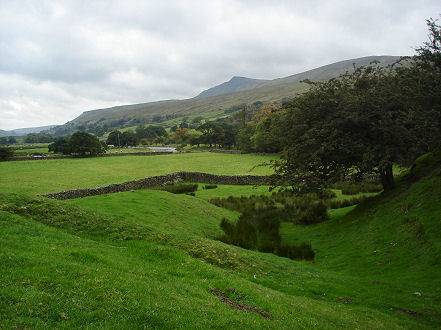 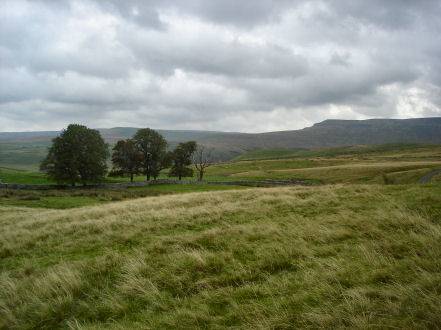 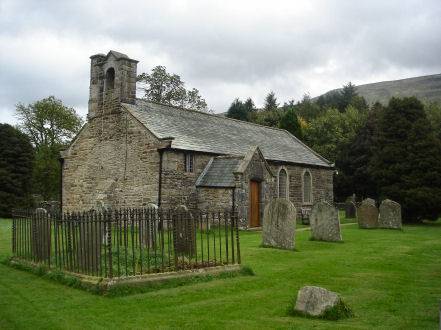 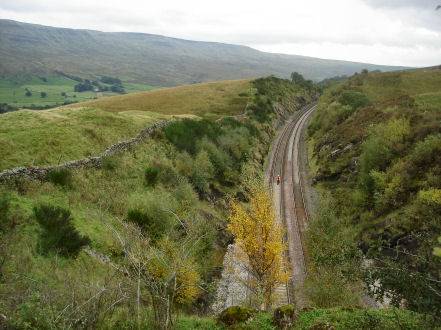 Legend records that romantic Pendragon Castle at Mallerstang was founded by Uther Pendragon, the father of King Arthur. According to legend, Uther tried to re-route the River Eden to create a moat for the castle

In fact the castle was constructed in the late 12th century, and there is no evidence to suggest Dark Age settlement at the site. 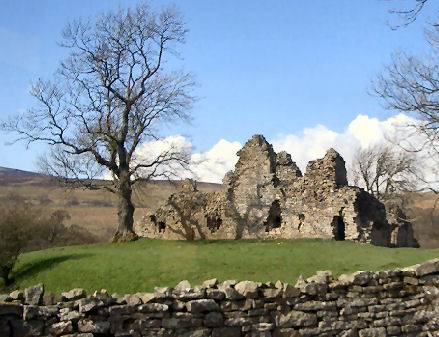 The castle dramatically bestrides a mound near the River Eden and was once owned by Hugh de Morville, one of the knights who became infamous for murdering Thomas A'Beckett at Canterbury Cathedral in 1170.

Lammerside Castle, at the northern end of the Mallerstang valley, lying near to Pendragon Castle, dates from the twelfth century. It was rebuilt as a Pele tower in the fourteenth century, as a means of protection against Scots raiders. The castle was once owned by the the Wharton family, but was abandoned in seventeenth century. The now ruined two-story castle consisted of two towers, a hall, and a keep.