The characterful and historic market town of Kirkby Lonsdale stands on the fringes of the Lake District National Park and the Yorkshire Dales National Park. The town lies on the River Lune, 13 miles south of Kendal . A tourist magnet, the show-piece town has three times been the national winner of the 'Britain in Bloom' competition in the small country towns section. 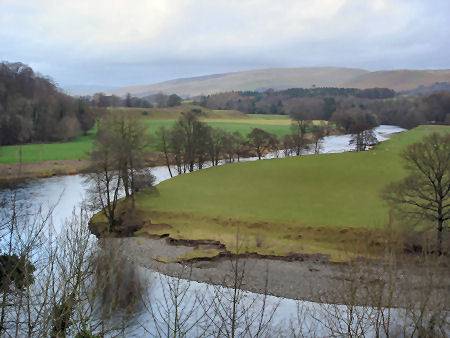 Ruskin's View across the river bank, can be viewed from just through the town's churchyard and is breathtakingly beautiful. The artist, poet and conservationalist, John Ruskin visited the spot after viewing Turner's now famous painting of it, and was enchanted, appreciatively stating that it was "one of the loveliest scenes in England - therefore in the world".

Devil's Bridge on the River Lune 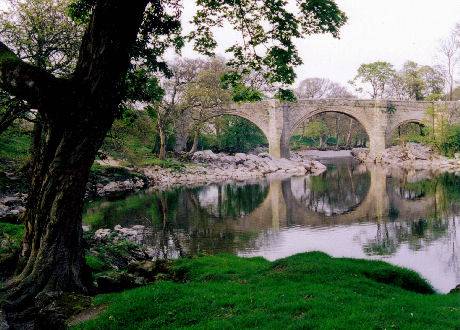 Equally beautiful is the view of the winding River Lune from Devil's Bridge, a graceful three arched stone structure. Of obvious antiquity, the exact date of the bridge's construction is unknown, although it is known to have existed as early as the thirteenth century.

The view of the River Lune from Devil's Bridge 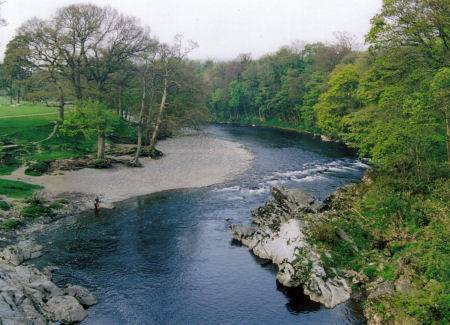 Legend records the story of a poor widow, whose only cow was on the opposite bank of the river Lune, in return for providing the bridge the devil required a bargain, he was to be granted the soul of the first living creature to cross it. When the bridge was completed the widow threw her dog across it and so avoided the penalty exacted by the devil! Some excellent highly scenic riverside walks commence from the parking and picnic area by Devil's Bridge. At weekends, Devils bridge is a popular venue for motorbike enthusiasts.


Market Square has been the town's market place since the Georgian era, and most of the surrounding buildings date from that era. The gothic sytle covered market cross is of more recent date and was donated to the town in 1905 by a local vicar, Reverend Davies. 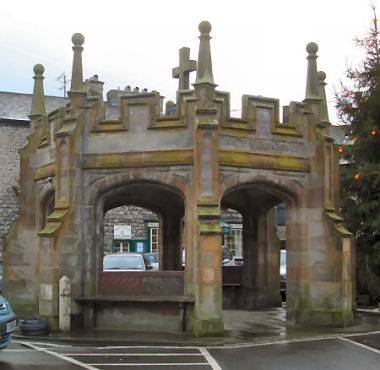 St. Mary's Church is perhaps the best example of a Norman church in Cumbria and has many impressive architectural features including the Norman archway beneath the tower and the massive Norman pillars of the north nave. The pillars have diamonds carved in the stonework and are similar to those found in Durham Cathedral. 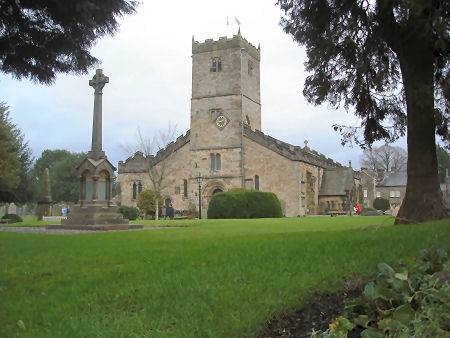 The wrought iron gates at the entrance to the churchyard are also very impressive. The church underwent an extensive restoration in 1866. St. Mary's stands on the site of an earlier Saxon church. The church records suggest that the old Saxon church was granted to the Abbey of St Mary's of York by a local lord in 1093. 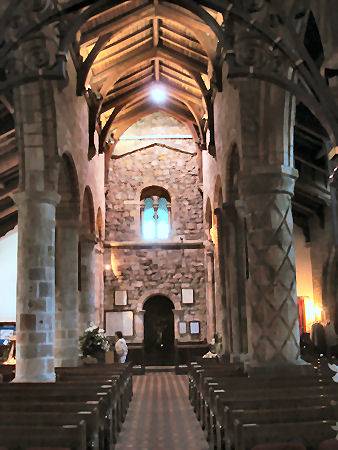 Amongst the many fine features within the church are a number of beautiful stained-glass windows of various periods, along with carved oak furniture and an intricately carved pulpit. The font formerly stood in a 14th Century chapel at Killington, near Sedbergh. On the South wall is placed a memorial tablet to the scientist, William Sturgeon, famed for building the first practical electromagnet and the first successful electric motor.

Within the churchyard and overlooking Ruskin's View stands an attractive folly, which dates from Georgian times.

The Georgian Folly in the churchyard 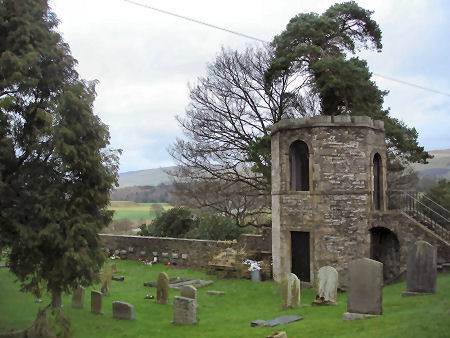 Kirkby Lonsdale is an ancient settlrment and is recorded in the Domesday Book. The town has much character with its quaint cottages, ivy clad Georgian buildings and a wealth of gift shops, selling a wide range of goods, along its attractive narrow streets and characterful cobbled courtyards. Kirkby Lonsdale was granted a charter to hold markets and fairs in the 13th Century, which were at one time held in the Old Swine Market. Behind the Old Market Cross stands Abbot's Hall.

The Old Market Cross and Abbot's Hall in the Swine Market 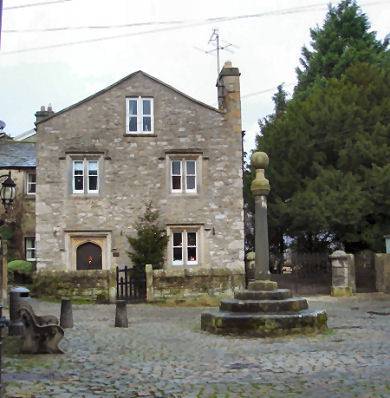 Kirkby Lonsdale has several old inns, many dating from the seventeenth and eighteenth centuries, as well as cafes, along its main streets where meals to suit all budgets can be obtained. Visitors come from far and wide to shop in the town. Many of the shops, many selling high quality merchandise, are listed buildings and offer arts, crafts and specialist shops. 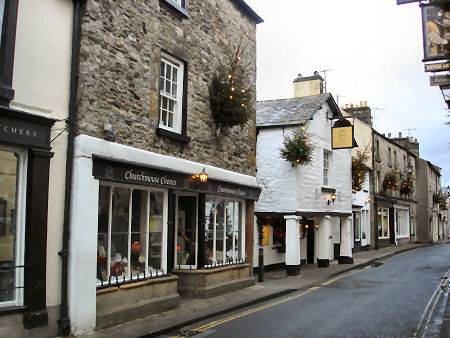