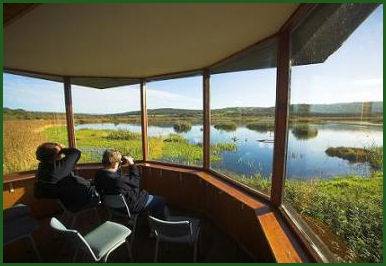 The popular Leighton Moss Reserve at Silverdale near Carnforth is owned by the RSPB (Royal Society for the Protection of Birds) and is the largest remaining reedbed in the north west of England.

Leighton Moss provides a variety of habitats for birds and mammals, with shallow meres surrounded by sedge and woodland. The Moss consists of reedbeds, saltwater lagoons, rich in crustaceans, shallow open water and dykes, with areas of mixed fen, scrub and grassland. 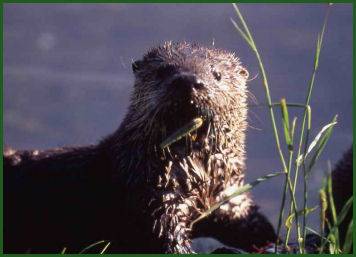 It boasts a selection of trails of varying lengths and observation hides, most of which are suitable for wheelchair users.

The Reserve attracts an amazing range of wildlife is home to a variety of birds including avocets, breeding bitterns, ( Bitterns are one of Britain's largest and rarest birds characterised by its stocky brown body and pointy bill.) bearded tits, kingfishers, merlins, pochards, water rails and marsh harriers.

Roe and Red Deer also inhabit the reserve. As from March, 2006, otters have been sighted at Leighton Moss after an absence of ten years. Two otter cubs were spotted there in November, 2007. The otter is a shy, mammal and is mainly active early morning and late evening.

Leighton Moss is signposted from the A6 north of Junction 35a of the M6.