The limestone fringed Lyth Valley lies south west of Kendal and is a highly attractive area. The valley is flanked by the steep slopes of Scout Scar to the east and Whitbarrow to the west. 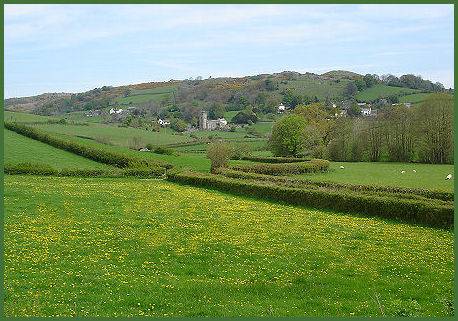 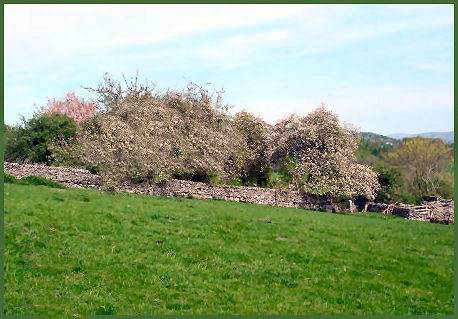 Situated in a sheltered area, the valley is famous for its damson orchards, and the profusion of white damson blossom in the spring is one of the area's main attractions.

The Westmorland damson is a member of the plum family, it is thought that the name originates from damascene when the trees were originally imported from Damascus during the Crusades. They are grown mainly in and around the Lyth and Winster valleys. Damsons are lovers of limestone and Lyth Valley damsons have a distinctive nutty flavour and are used for making desserts, jam, punch, damson gin and wine.


The orchards of the Lyth Valley are a unique sight, surrounding each small farm and growing along every hedgerow in the valley. They burst into bloom in April, covering the orchards and hedgerows with snow white blossom. The fruit ripens in September and is sold from roadside stalls and in local shops. 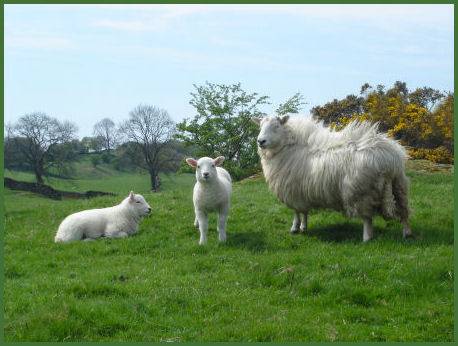 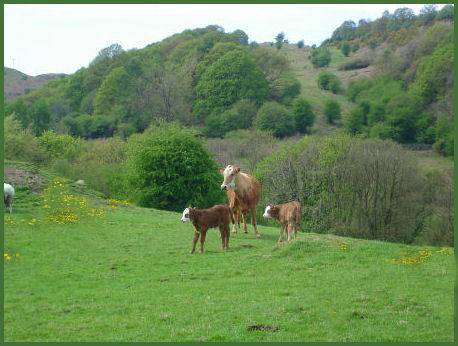 Damson Day is usually held around easter, the event was begun in 1998, by the Westmorland Damson Association with the aim of preventing the loss of the damson trees in the valley and to market damson products. Changing social and economic conditions led to the gradual decline of the damson orchards after World War II, but this trend has now been successfully reversed. Damson Day is a celebration of damsons with damson products such as bread, chocolates, wine, gin, beer, syrup, ice cream, bottled damsons and jam offered for sale. The event also hosts craft sales, country craft demonstrations and children's activities.

Crosthwaite lies on the north side of the valley, the name derives from an old preaching cross on the site, the village consists of scattered farms and cottages. The present cross on the site is made from a single piece of Limestone from nearby Whitbarrow Scar. It was placed there to commemorate the Millennium. The original cross, which probably erected by monks in the 7th Century, has long ago disappeared. The village church stands nearby, adjacent to the Punch Bowl, a seventeenth century pub which was formerly a coaching inn. The village of Brigsteer is located on the edge of the valley.