Fourteenth century Castle Dairy, a Grade I listed building, is situated on Wildman Street, Kendal. It is possibly the town's oldest continuously inhabited building and one of the finest surviving examples of a high status medieval house in the area.

The name implies a connection to Kendal Castle. While the building's original use is not certain, it may possibly have been a farmhouse or a private residence. The name 'dairy' may be a corruption of the word dowry and it has been speculated that the property may been the home of a widow at some point. 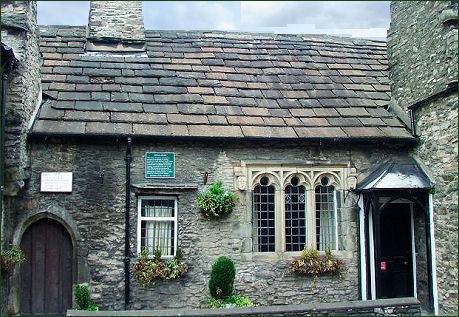 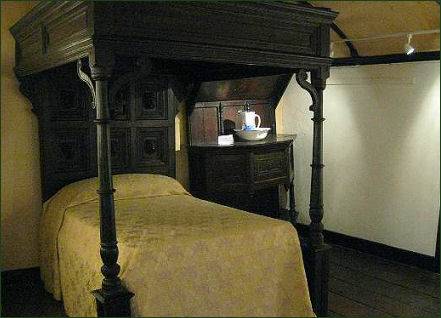 It was once owned by William Parr, Marquess of Northampton, but when he was found guilty of treason and attainted, it came in to possession of Anthony Garnett in 1553. The building was extensively remodelled for Garnett around 1560. The floor of the building is rumoured to be an old Roman road. A small chapel on the upper floor of the building has a fourteenth century window which is reputed to be the smallest window in Kendal.

The building served as a restaurant for many years, but after its closure in 2007 the building fell into a state of disrepair, leading to its It was inclusion on Historic England's 'Heritage at Risk' register in 2010.

Extensive refurbishment took place in 2011 with funds provided by English Heritage, the district council and Kendal College. The results of tree-ring dating of roof timbers during re-roofing work revealed that the current form of the building is at least late medieval in date, and that the original structure may date back even earlier. The Castle Dairy was reopened in October 2011 by Kendal born historian David Starkey.

The Castle Dairy now operates as an art gallery and a College-run restaurant, with food prepared by Kendal College hospitality students.