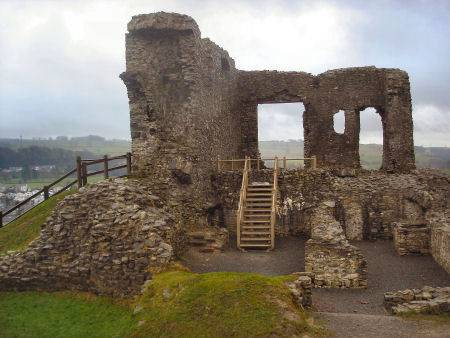 Kendal Castle, which stands guard over the town of Kendal, is located on a low glacial hill which overlooks the town.

The castle was built by an early Baron of Kendal in the the late twelfth century. It was forfeit to the crown by King John in 1215 but restored in 1241.

Kendal Castle was eventually inherited by the Parr family, whose most famous member, Catherine Parr (1512-48), the daughter of Sir Thomas Parr and Maud Green, became the sixth wife of King Henry VIII. Queen Catherine is reputed to have been born at the castle in 1512.

She was more skilful and lucky than some of her predecessors and fortunately survived her formidable spouse. Catherine Parr's prayer book is kept on display at Kendal Town Hall and can be seen there by the public on request. She died on 5th September 1548 in Sudeley Castle, Gloucestershire, from puerperal fever, after giving birth to a daughter by her last husband, Sir Thomas Seymour, Lord Admiral and maternal uncle of Edward VI. 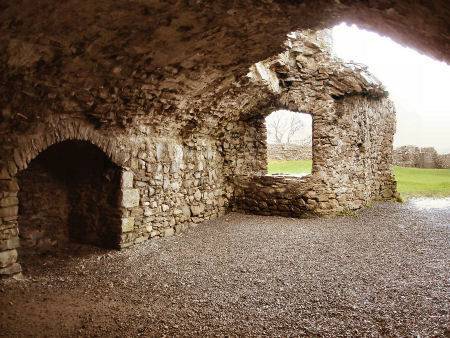 The entrance to the castle was once flanked by two towers, the remains of which today stand in ruins. Further towers stand along the length of the castles walls.

The large square tower had the main toilet, then termed the garderobe, on the upper floor, the slots for the wooden toilet seat can still be seen. Sewage fell into the ditch or moat which circled the castle.

In front of the garderobe lay another building, nothing of which remains today, it possibly housed the castle kitchens. The foundations of this building have been unearthed by archaeologists.

The Manor Hall, which now stands in ruins, being the centre for administration and defence, was the most important building in the castle. As well as being used for administration, meals were also taken here and guests recieved. 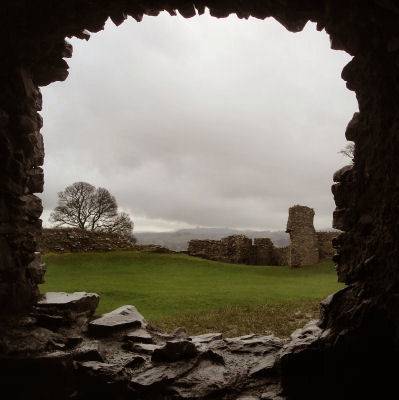 The Manor Hall would have been brightly decorated with wall hangings and tapestries in accordance with the fashion of the time, they also had a practical use, in helping to exclude draughts.

The Great Hall was the most important room and the hub of life in the castle.

Underneath the hall originally lay four vaulted cellars, which were used to store food and drink. Of these cellars, only two survive today to their full height. The ground surface in medieval times would have been some 3 feet ( 1 metre) below the present level.

The grass area or courtyard is surrounded by the remains a defensive curtain wall, which was built in sections, beyond the wall lies a ditch or moat. Access to the walls was provided by a stone flight of steps, the foundations of these steps have been unearthed between the towers. 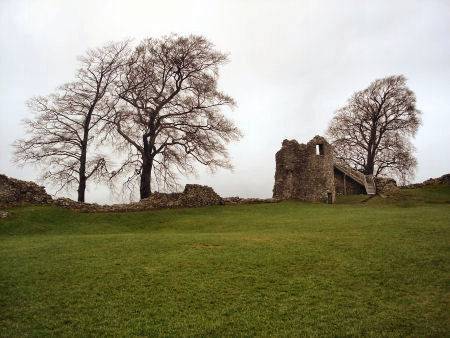 A well was built in the courtyard to provide the castle with a supply of water, the remains of which is still discernable. There was also a small stone chapel on the site.

The towers are positioned for maximum defensive advantage and to provide commanding views over the surrounding countryside.

The North-West Tower, or the Troutbeck Tower, which overlooks Kendal, provided accomodation. It has two large windows, a fireplace and a garderobe or toilet. From the toilet lead the steep and precariously narrow stairs to the roof, which are built within the fabric of the tower to preserve space.

By 1572, the castle had fallen into a sad state of disrepair, it was acquired for the town in 1896 to mark the Diamond Jubilee of Queen Victoria and is currently in the care of English Heritage. An exhibition at Kendal Museum tells the fascinating history of the castle and its inhabitants.

Kendal possesses an earlier motte and bailey castle, the earthwork of Castle Howe