The pleasant and historic Cumbrian village of Beetham lies six miles north of Carnforth. Its greystone cottages with their neat cobbled forecourts slope up from the banks of the River Bela.

Heron Corn Mill, dates from around 1740. Standing on the banks of the River Bela, it still operates as a mill. There is evidence to suggest that a mill has existed on the site from as early as 1096. In 1220 the Lord of the Manor granted the monks of St Marie's York, the right to grind their grain at the mill. 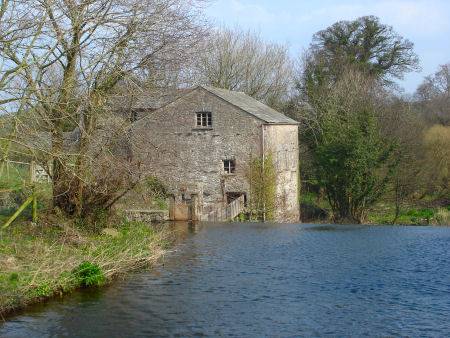 A facinating visitor attraction, the fourteen-foor high waterwheel powers all the machinery. Friendly staff are on hand to explain and demonstrate the mill's features. A fish ladder passes through the natural cave below the force and is frequently used by salmon and sea trout. 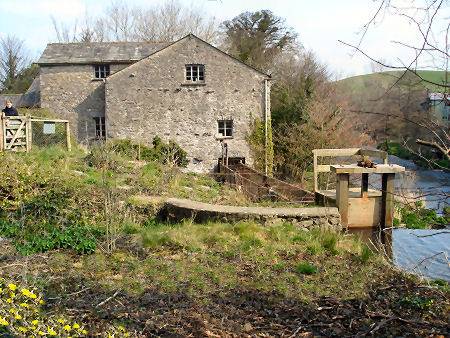 The mill hosts an exhibition on the history of baking and a fascinating reconstruction of a Neolithic kitchen shows how bread was made in the Stone Age.

A barn adjoining the mill houses the interesting Museum of Papermaking. The museum covers the local paper making industry, which has existed for more than 250 years. 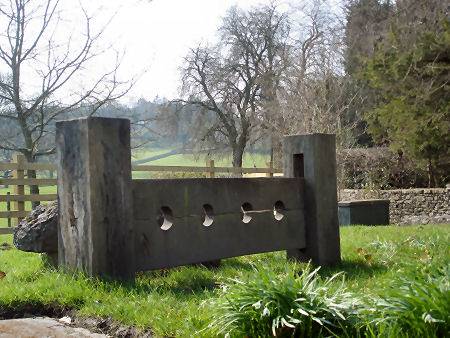 Beetham is mentioned in the Domesday book under the name of Biedun. On the western edge of the village stands elegant Ashton House. The village pub, the seventeenth century Wheatsheaf Hotel, with its Tudor beams, is an attractive building. The village also has a post office which doubles as the shop. It imposing doorway is studded with iron bolts, flanked by gothic style windows. 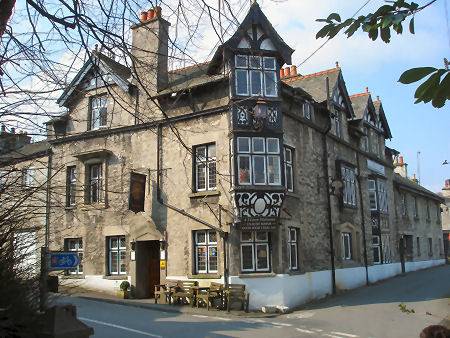 The Heron Theatre occupies the site of a former grammar school, which was built in 1663 and rebuilt in 1827. The theatre, a registered charity, traces its origins to 1948. The village also boasts a very good garden centre, Beetham Nurseries. 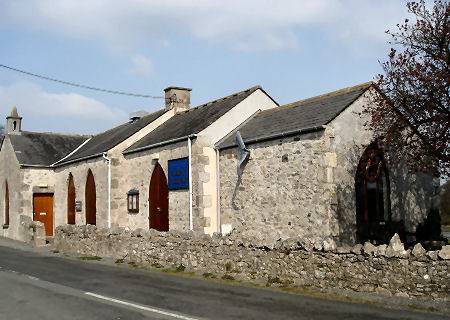 St. Michael and all Angels Church

The village church, St. Michael and All Angels, dates mainly from the twelfth century. During restoration to the building in the nineteenth century, Saxon coins from the reign of Edward the Confessor were found at the base of a pillar. 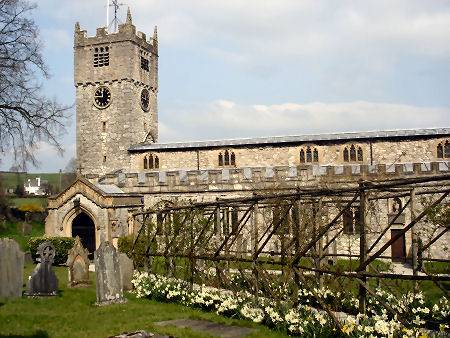 The beautiful stained glass window in the north wall depicts the Saxon saint, Oswald and St. Alban, along with the Stuart martyr King Charles I, who was executed on the orders of Parliament.

The church is a grade I listed building, is rectangular in shape with a tower at its western end. It is constructed of mostly limestone with sandstone dressing. The oak-beamed roof dates from the sixteenth century. The arch leading into the tower is early Norman, while the semi-circular arches on the south side date from the late Norman period.

Carving of the Archangel Michael, from the church wall 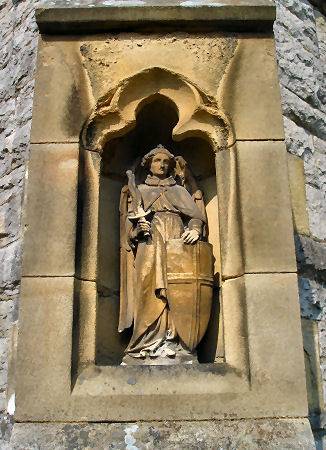 The interesting oak font cover is dated 1636. Two effigies of members of the Beetham on a tomb chest date to the 15th century. In 1647, the chuurch was desecrated by a group of Cromwell's soldiers, who destroyed most of the medieval glass.

Tradition states that in Saxon times the church was dedicated to St. Lioba, a stained glass window in the northwest aisle commemorates her along with saints Oswyth and Ethelburga.

South of the village are the remains of Beetham Hall, a 14th century fortified house. A curtain wall once surrounded the site.The upper floor in the west wing contained a solar. The hall was owned by the Beethams in Medieval times however in 1485, it passed into the ownership of the Stanley family, as part of the reward they recieved for their timely desertion of Richard III at the Battle of Bosworth. A farmhouse which dates from 1653 now occupies the western side of the site. 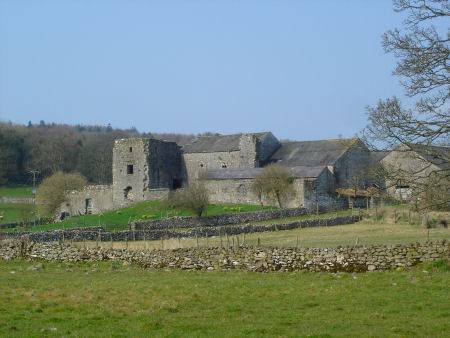 A footpath from the village climbs to Beetham Fell and leads to the so-called Fairy Steps, a natural staircase in a limestone crag. Local legend states that if the steps are climbed without touching the sides of the narrow gully, the fairies will grant a wish. Lying close by, on the path, are the ruins of Hazelstack Tower, a 14th century fortified building.