The village of Crosthwaite lies lies 5 miles to the west of the town of Kendal, on the north side of the damson growing area of the Lyth Valley.

The name derives from an old preaching cross which has long since disappeared from the site, 'thwaite' derives from the old Norse word 'thveit' or'thveiti' meaning a paddock or a piece of reclaimed, cultivated land. The Lyth Valley valley, an area of quiet, very pleasant countryside, is famous for its Damson plums, and, in the springtime, is awash with white blossoms. The Viking settlers in this area also gave the Lyth Valley its name, "hlith" means sloping hillside.

The village consists of scattered farms and cottages. The present cross on the site is made from a single piece of Limestone from nearby Whitbarrow Scar. It was placed there to commemorate the Millennium. 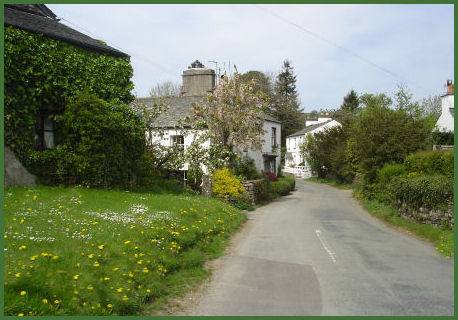 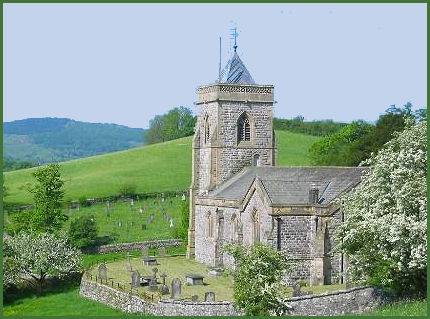 The original cross, which probably erected by monks in the seventh century, has long ago disappeared. The village church stands nearby, adjacent to the Punch Bowl Inn , a seventeenth century pub which was formerly a coaching inn and boasts original beams and roaring fires in the winter months. The inn provides excellent food and a friendly service.

The church of St. Mary's in the village, nestles on a hillside adjacent to the pub. The church is built in the perpendicular style and dates from 1878. The building possesses lots of colourful stained glasss windows, mostly by Heaton, Butler and Bayne.