Levens Hall lies five miles south of Kendal and a mile from the village of Levens. 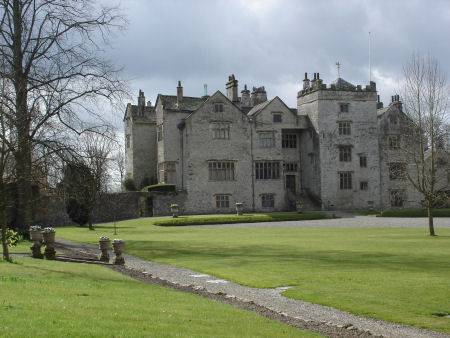 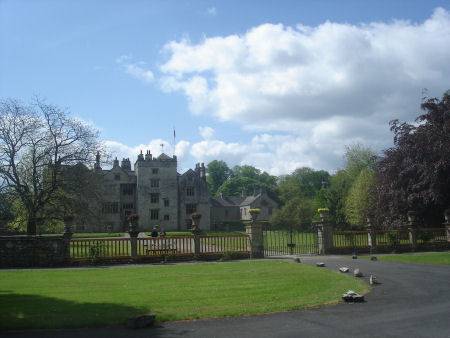 The magnificent mansion began life as a pele tower built as a defence against Scottish raiders by the Redman family in the fourteenth century, although the greater part of the mansion dates to Elizabethan times, when the house was extended by its then owners, the Bellingham family. Much of the fine Jacobean furniture contained in the house was collected by Colonel James Grahme, former Privy Purse to King James II, who also added the two wings at the rear of the House.

As well as the earliest example of English patchwork, Levens Hall also displays items owned by Napoleon, Nelson and the Duke of Wellington, along with Cromwellian armour. The dining room is hung with goats leather, which is printed in a green floral pattern. 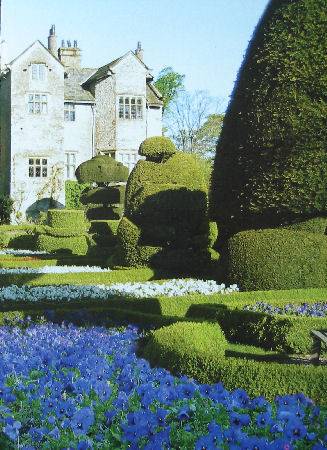 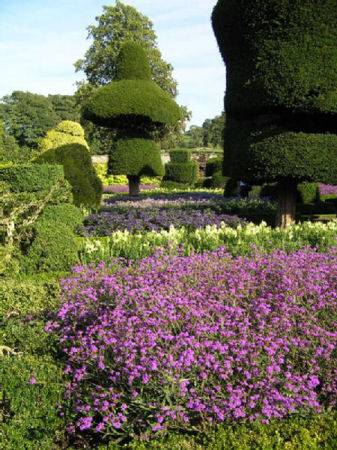 The topiary gardens are magnificently trimmed into fantastic pyramids, peacocks and various other shapes. They were laid out by the king's gardener, Monsieur Beaumont in the seventeenth century. Monsieur Beaumont had been trained under Le Nôtre at Versailles and was responsible for the lay out of out the gardens at Hampton Court. 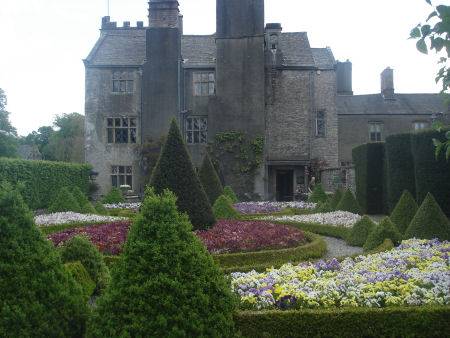 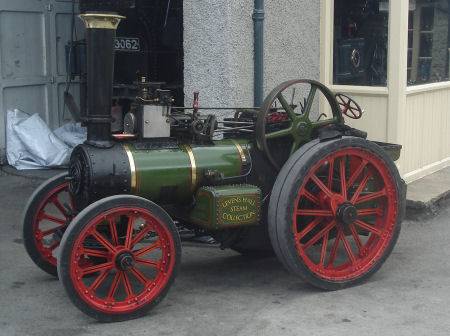 The elaborate topiary, beech hedges and colourful seasonal bedding create a stunning visual impact. The gardens were voted amongst Britains Top Ten on the BBC's Gardeners World programme in 2002. They include a rose garden, a nuttery, herbaceous borders, and a fountain garden which was laid planted with pleached limes in 1994 to commemorate 300 years of the Gardens at Levens Hall.

Left- Fritillaria meleagris, or Snakeskin Lily, naturalized by the River. Right- Magnolia Blossoms by the river 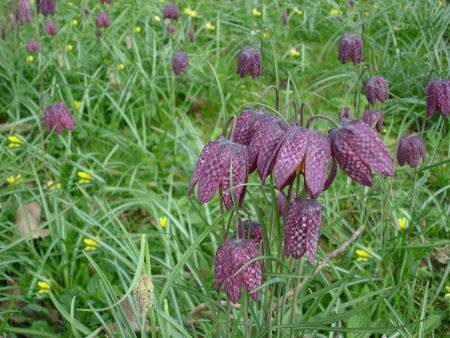 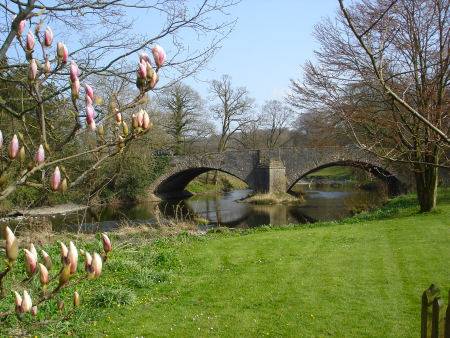 There are many footpaths through the highly attractive park, which contain a herd of rare breed Bagot goats as well as black fallow deer. The grounds also host a collection of steam engines. Bertha, the Showman's Engine is in steam on Sundays and Bank Holiday Mondays.