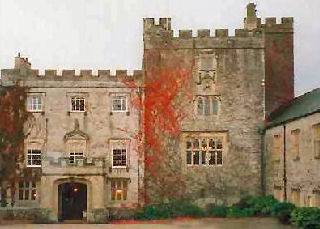 Historic Sizergh Castle and Gardens, situated around four miles to the south of the town of Kendal, is now owned by the National Trust, although a member of the Strickland family, who have been in possesion of the house since as early as 1239, still occupies the family's ancestral home. 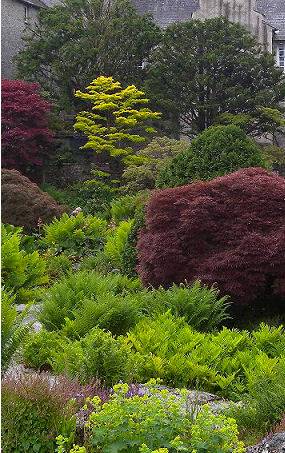 The Sizergh Estate was granted to Gervase Deincourt, by King Henry II, the first Plantagenet king, in the 1170's. On the marriage of Gervase's great-granddaughter, the heiress Elizabeth Deincourt to Sir William de Stirkeland in 1239, the estate passed into the hands of the Stricklands. A well documented history of the Strickland family exists in the Sizergh muniments.

The castle was originally a sixty feet high solar tower, dating from medieval times, it was built of limestone rubble, with walls measuring up to 3 metres (10 feet) thick. The name Sizergh originates from the Old Norse word 'Sigarith' which means a dairy farm.

The impressive Great Hall was added to the building in 1450, later a Tudor mansion was erected surrounding the tower. The Elizabethan era saw further additions, when two wings were added to the house. By the close of the sixteenth century the castle had developed into a fortified manor house, which was arranged around three sides of an open courtyard. The Great Hall was extended in 1770 and the building exterior redecorated in the contemporary Georgian style. 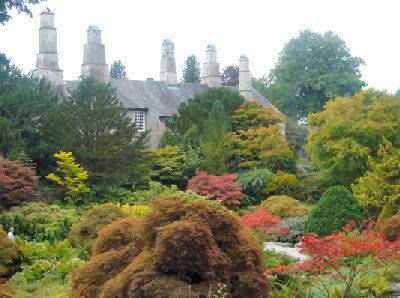 The entrance hall, which once formed part of the Great Hall, contains magnificent carved screens. The trefoil windows in the tower date to the fifteenth century. Most of the castle's outbuildings date from the sixteenth century.

Many of Sizergh Castle's elegant rooms boast elaborate Elizabethan oak panelling and culminate in the superb inlaid chamber with its ornate plaster ceiling. The contents of the Inlaid Chamber had been sold off to the Victoria and Albert Museum. During the latter part of the twentieth century , the Victoria and Albert Museum began loaning the panelling back to the castle. The entire panelling was eventually restored in 1999 under a long-term loan.

Much antique furniture, including a sixteenth century four poster bed and fine ceramics are on display in the rooms.

There are also a number of portraits of the Stuart royal family, including portraits by Alexis Simon Belle of Queen Mary of Modena, the Italian born second wife of King James II and their daughter Princess Louisa Maria, who was born in exile in France , as well as a collection of momentoes of the Stuart dynasty.

The tower still boasts its original fireplaces. The castle's fascinating museum is situated in the upper floor of the tower.

Sizergh Castle's extensive and attractive gardens, which cover 14 acres in all, were first laid out in the seventeenth century and are well worth a visit. 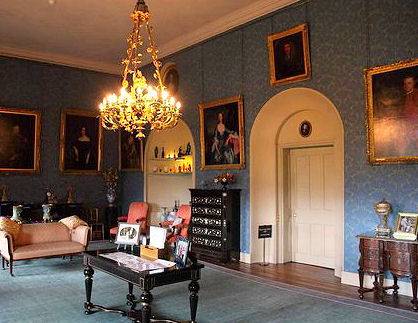 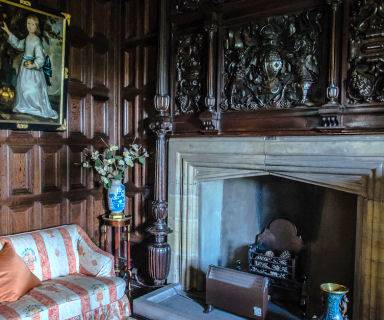 The gardens possess an attractive lake and an award winning limestone rock garden, which was laid out in 1926 by T.R. Hayes, an Ambleside firm, who were also responsible for some of the terracing near the house and a flight of stone steps leading down to a tower above the lake. The rock garden contains a collection of hardy ferns and alpines, which forms part of the National Collection of hardy ferns. It it is set in a dell which is fed by streams, pools and waterfalls from the lake above it. There is also a rose garden and a wildflower garden. 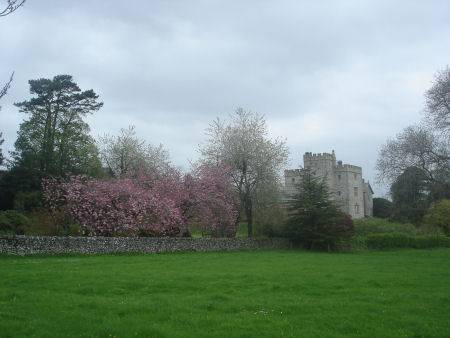 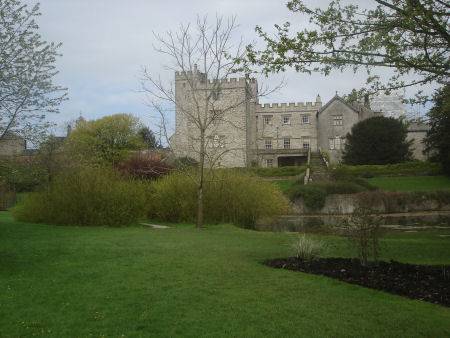 There is a footpath leading from the gardens through to Brigsteer Woods, which in spring are awash with a colourful carpet of dafodills. There are many short walks from the castle to dramatic viewpoints over Morecambe Bay to the Lake District.

There is also a cafe, shop and Visitor Centre at Sizergh.