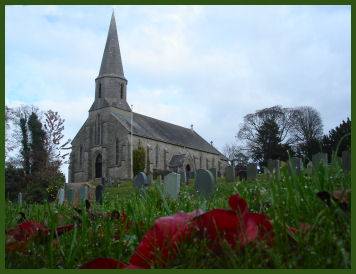 The Cumbrian village of Levens surmounts a small hill which overlooks the Lyth Valley. The village lies four miles south of the major town of Kendal. Levens has a long history, and is mentioned n the Domesday Book, where it is referred to as 'Lefuenes'.

The Georgian style village church of St. John the Evangelist , overlooks the rivers Kent and Gilpin, the church was constructed in 1828 and was funded by the influential Howard family of Levens Hall following a disagreement with the vicar of Heversham, the church has some attractive stained glass windows. There are excellent views of the southern fells from the churchyard. A curious feature is the three church bells that hang outside the church in a slate roofed shelter. 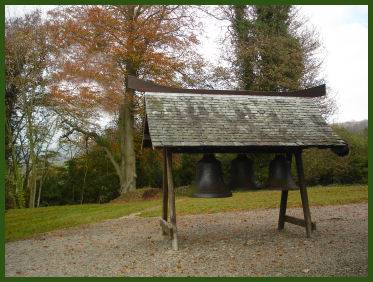 Nether Levens Farm on the banks of the River Kent is one of the oldest buildings in the area and dates back to the sixteenth century.

Magnificent Levens Hall stands nearby. The hall is an Elizabethan mansion built around a medieval pele tower, which once served as a defence against Scots raiders. The hall is now owned by the Bagot family and contains elaborate Italian plasterwork, panelling, some fine paintings and armour from the Civil War period. The famous topiary gardens are magnificently trimmed into fantastic pyramids, peacocks and various other shapes.

Nearby Sizergh Castle, now owned by the National Trust, is also well worth a visit, Sizergh also began life as a medieval pele tower, built in the reign of Henry II. Many of the castle's elegant rooms boast elaborate Elizabethan oak panelling and culminate in the superb inlaid chamber with its ornate plaster ceiling. Much antique furniture, including a sixteenth century four poster bed and fine ceramics are on display in the rooms.