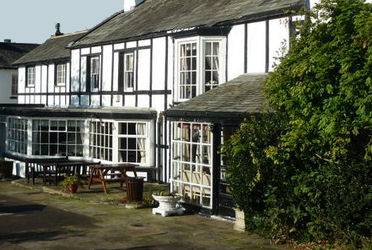 The attractive south Lakeland village of Heversham is situated near Milnthorpe.

The village was visited by Winston Churchill who was much impressed by the superb view which can be seen from the top of the head which looks out towards the estuary. The poet William Wordsworth often passed through the village, and it is thought that he gained inspiration from and wrote the poem 'The World is too Much with Us" whilst walking in the marshes nearby

Heversham Hall began life as a fourteenth century pele tower. It still retains its fourteenth century doorway and characterful mullioned windows. During the sixteenth century St Mary's abbey in York used it as a base when overseeing the farming operations of their land in the area. It has belonged to the Handley family since 1876.

Heversham has one pub, (pictured right) the Bluebell. The inn offers bed and breakfast accomodation and serves lunch or evening meals. The Bluebell The Blue Bell Inn has been part of the village of Heversham for over five hundred years, it began life as the vicarage in 1460 when the Archbishop of York instructed the Abbot of St Mary's in York to provide a house and garden for the new vicar. The walls of the old vicarage are still visible. The inn has been tastefully modernised with its antique furnishings, log fires and beamed ceilings.

St Mary's Well by the churchyard was the local water supply up until 1908 when piped water was installed in the village. Ivo de Taillebois endowed St Mary's Abbey in York, with Heversham, in 1094, thus the well is named for St Mary. The pump is said to have been fitted in 1905. Near the church are two old cottages, Church View dated 1872-1894 and Hawthorn Cottage which was once a shop.

To the north-east of the village is Heversham Head which provides panoramic views over the surrounding landscape.

At nearby Holme, lies the Lakeland Wildlife Oasis , a unique and exciting blend of exotic wildlife and interactive 'hands-on' displays which makes a fascinating family day out. The attraction is situated between Carnforth and Milnthorpe and is a short journey from junction 35 of the M6 motorway. 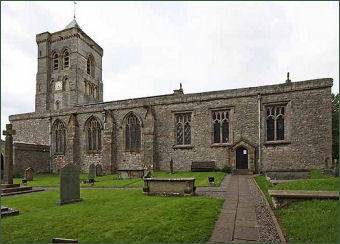 St. Peter's Church stands on the Christian site in Westmorland, with a history dating back to the eighth century. The oldest fabric in the present church dates from the twelfth century. The church is a mixture of Norman, medieval and eighteenth and ninweteenth century architecture. Additions and alterations were made during the fourtenth, fifteenth and sixteenth centuries. 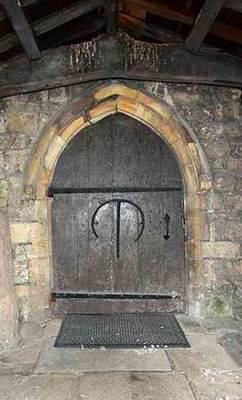 Rebuilding took place following a disastrous fire which occured in 1601. The Vestry book recorded: 'Wheras it fortuned through the negligence of a careless workman, being a plumber, anno christi 1601, on Wednesday being the first day of July, the Parish Church of Heversham, in the County of Westmorland was utterly consumed with fire with all implements, ornaments, books, monuments, chests, organs, bells and all other things perished'. Two of the piers down the centre aisle are all that remain of the original twelfth century structure.

Most of the furnishings were designed by Paley and Austin, including the alabaster reredos. The screen in the north chapel dates from 1605. 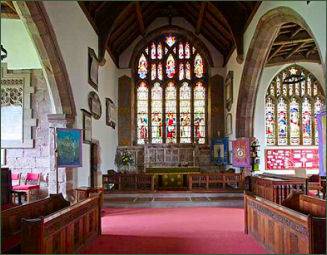