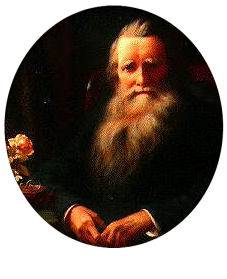 John Ruskin, the Victorian poet, artist, critic and conservationalist cherished a deep and abiding love for the landscape of the English Lake District.

Ruskin was born in London on 8 February, 1819, the son of a wealthy Scottish sherry merchant. He first visited the Lakes when he was five years old, when his family spent a holiday at Keswick. After a second holiday in the area in 1830, he felt inspired to write the poem 'Iteriad', an excellent composition from an eleven year old. His father encouraged the young John's avid interest in painting and poetry.

Ruskin was to go on to publish 134 manuscripts, mainly on art and architecture and was an influential figure in the Victorian revival of Gothic architecture. 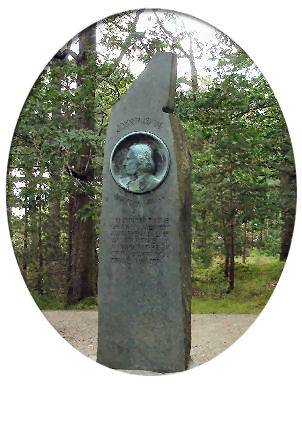 Deeply impressed by Turner's painting of the view of the River Lune from Kirkby Lonsdale, Ruskin visited the site, announcing it " One of the loveliest scenes in England."

Ruskin was also greatly enamoured of the view of Friar's Crag at Derwentwater. He became an avid and pasionate supporter of the objections to creating Thirlmere as a reservoir to supply Manchester with its water, and came to spear head the movement against it.

At the age of 53, Ruskin purchased Brantwood, a house perched high on the wooded hills overlooking Coniston Water, the house commands superb views of the lake. he carried out extensive renovations and added the turret on the north-west corner. He continued to reside at Brantwood until his death. The rooms hold many of Ruskin's own water colours and drawings and some of William Turner's paintings as well as his superb mineral collection.

Ruskin himself laid out the gardens at Brantwood in 1871. They have now been fully restored to their original splendour, containing an excellent collection of azaleas. The gardens and woodland attached to the house cover thirty acres in all. The estate covers 250 acres of pastures, ancient woods and high moors.

Among the influential figures of the day who visited him at Brantwood was Charles Darwin, founder of the theory of evolution. Ruskin died at his beloved Brantwood on 20 January, 1900 of influenza. He is buried at St. Andrew's church in Coniston Village, where his grave is marked by a large Celtic cross of local green slate. The cross was carved by H.T. Miles and designed by W.G. Collingwood, an expert on Anglo-Saxon crosses, it bears symbols depicting important aspects of Ruskin's life and work. The Ruskin Museum in the village holds many momentoes of his life.

After Ruskin's death a monument was errected to his memory at Friar's Crag, Derwentwater, one of his best loved places, by Canon Rawnsley. 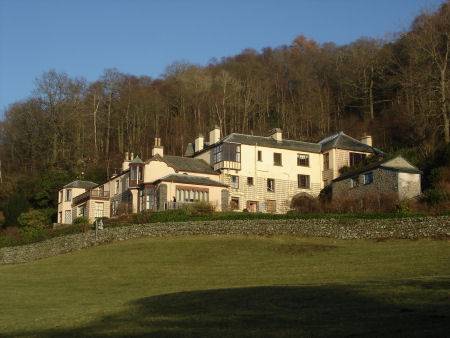 Ruskin's grave at Coniston Churchyard, which is marked by a Celtic style cross 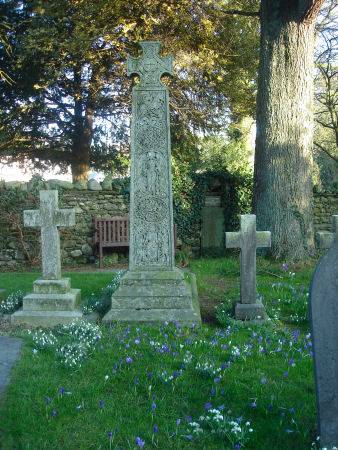