Breathtakingly lovely Tarn Hows is a popular tourist destination and has graced more calendars than any other spot in the Lake District. The tarn lies a short distance to the north-west of Hawkshead and 2 miles north east of Coniston. The word tarn derives from the old Norse word 'tjorn' meaning teardrop, 'how' is norse for hill. 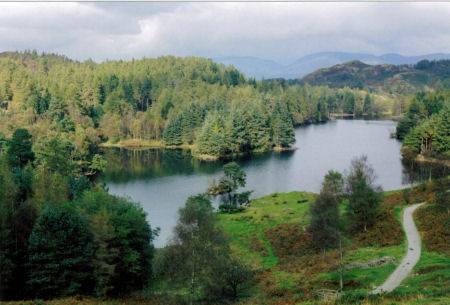 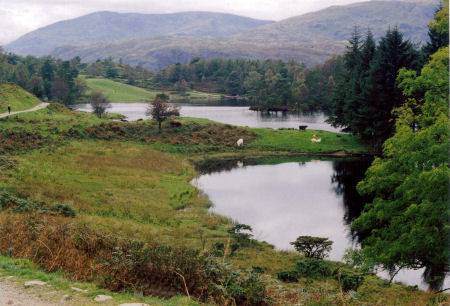 Surprisingly, the tarn is a man made lake, created from three smaller tarns, known as High Tarn, Low Tarn and Middle Tarn which occupied an area of marshland. The stream which joined the tarns was dammed in the 19th century. The wildlife includes red squirrels, now a dwindling population in Britain.

The magnificent surrounding bracken, pine and larch clad fells sweep panoramically down to the tranquil waters of the tarn, with the dramatic backdrop of the distinctive craggy profile of the Langdale Pikes clearly visible to the north, swinging round to the panorama of Helvellyn and Red Screes. 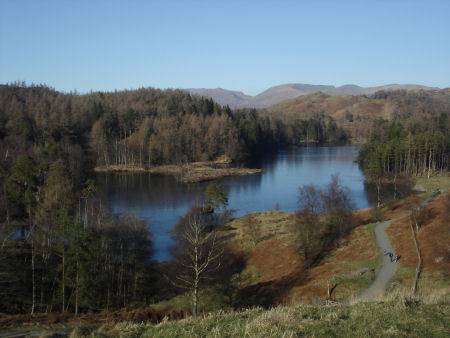 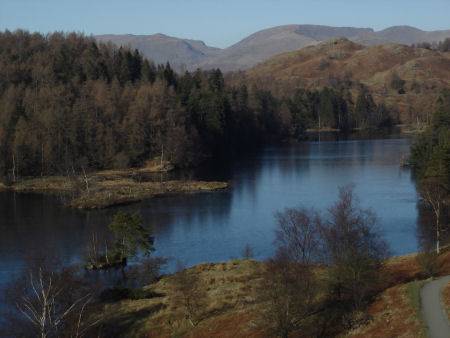 Beatrix Potter purchased the Monk Coniston Estate, which included the tarn, for £15,000 from James Garth Marshall, Member of Parliament for Leeds, in 1929. She sold the half of the estate to the National Trust, and bequeathed the other half to the Trust in her will.They have maintained the tarn since then. In 1965 Tarn Hows was designated a Site of Special Scientific Interest.

There is a one and a half mile path around the tarn which is level, well maintained by the National Trust and suitable for wheelchair users. A pay and display National Trust car park is provided, where a National Warden is often situated. 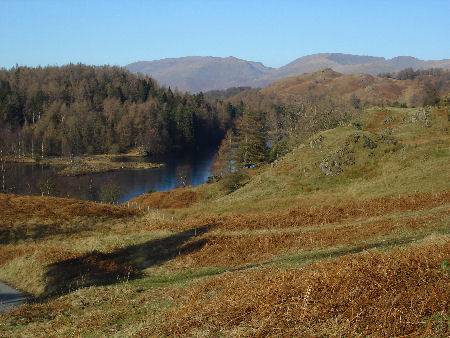 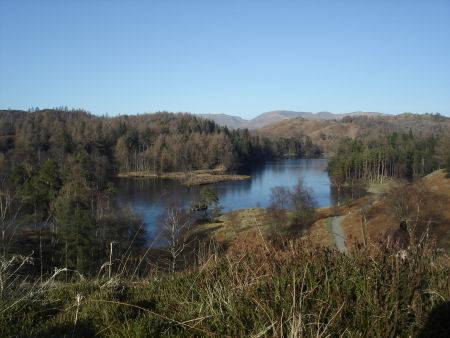 A walk to Tarn Hows via Tom Ghyll

Distance:- one and a half miles (3km)

*Commencing at the parking area at the foot of Glen Mary , cross the footbridge over Tom Ghyll and turn right through a gate, following the ascending footpath alongside the stream. The obvious path passes a course of waterfalls on the ghyll as it winds its way through the oak woodland which becomes birch at the higher levels.

*The path opens out at Tarn Hows. Turn left and follow the path circumnavigating the tarn which encompasses some stunning views. Crinkle Crags and the Langdale Pikes can be seen.

*Retrace your steps via Tom Ghyll back to the parking area at Glen Mary.