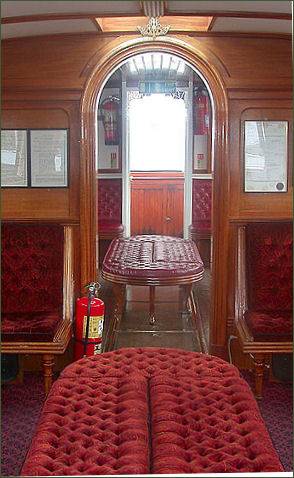 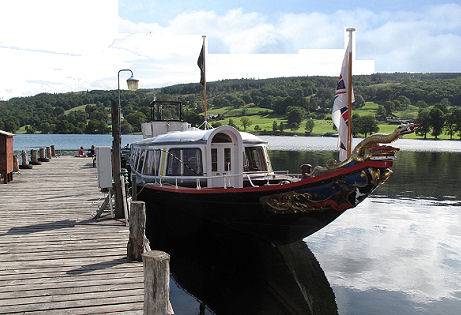 The Gondola was built for the steamer service which carried passengers from the Furness and Coniston Railways and was commisioned by James Ramsden, the first mayor of Barrow-in-Furness. He had visited Venice and encountered a style of Venetian boat called a Burchiello, as depicted in some of Canaletto's paintings. Dawson employed Jones, Quiggin & Co. of Liverpool to build the Gondola.

The Victorian poet, artist and critic of steam power John Ruskin must have seen her passing his Brantwood home on the banks of Coniston every day.

Gondola was in service until 1936 when she was retired and was converted to a houseboat in 1946. She was abandoned in the 1960's. In the mid 1970's a group of National Trust enthusiasts raised the money to restore her. In 1979, the boat was given a new hull, engine, boiler and most of the superstructure. She was relaunched on 25th March 1980 is back in service as a passenger boat on Coniston Water, still powered by steam.

Gondola is one of the inspirations for Captain Flint's houseboat in Arthur Ransome's book 'Swallows and Amazons'.

Gondola operates on Coniston Water from the beginning of March until the end of October. During the cruise, commentary is provided on Coniston's history and its famous connections with water speed record breaker Donald Campbell, art critic John Ruskin and author of Swallows and Amazons, Arthur Ransome. All cruises start from Coniston pier, calling at Brantwood and Monk Coniston. Half lake cruises take place every day, with full lake themed cruises on Saturdays at 11am, and Sundays, Mondays and Thursdays at 2.30pm.