Kelly Hall Tarn is situated on Torver Back Common to the west of Coniston Water.

Set against the dramatic backdrop of the Old Man of Coniston, the small tarn, which measures around 230 by 280 feet is but five feet deep. 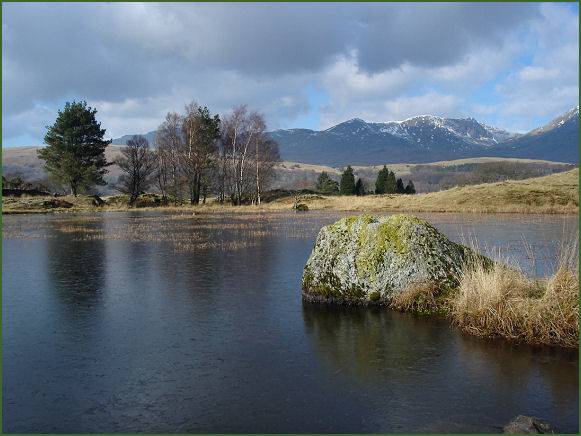 Kelly Hall Tarn derives its name from a nearby building that has since been demolished. The tarn It is but a short walk from the Water Yeat to Torver road and may be reached by following the footpath from the car park opposite the Landrover garage onto Torver Common.