Yewdale, once part of the Monk Coniston estate, and bounded by steep, craggy fells, offers the visitor some stunning scenery. Yewdale lies in the upper section of the valley occupied by Coniston Water, the road from Coniston village to Ambleside traverses the valley. 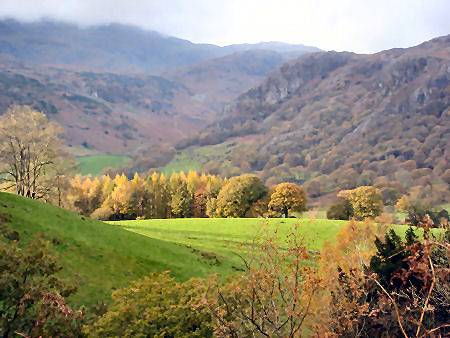 Yewdale Beck flows through the valley, on its journey down to Coniston Water. It issues from Tilberthwaite Gill, much visited in the Victorian era, when its narrow gorge was equiped with ladders and balconies for visitors. The gill can be accessed via a signposted lane leaving the main road through the dale.

A walk through Glen Mary, via a path which follows the course of Tom Ghyll, a mountain stream which plunges and cascades down a series of waterfalls, leads the visitor to breathtaking Tarn Hows, one of the most photographed spots in the Lake Distict. 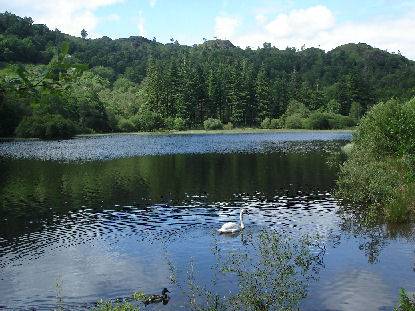 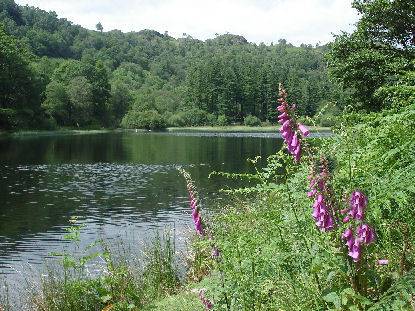 Beautiful Yewtree Tarn, dominated by a clump of ancient yews, is one of the most easily accessed of Lakeland Tarns.

Nearby Yew Tree Farm is well worth a visit. The building boasts a picturesque spinning gallery along the front of its old barn, which was used for drying wool. Such galleries are now extremely rare. The farm was once owned by Beatrix Potter, who purchased it as part of the Monk Coniston estate in 1929 and left it to the National Trust on her death. 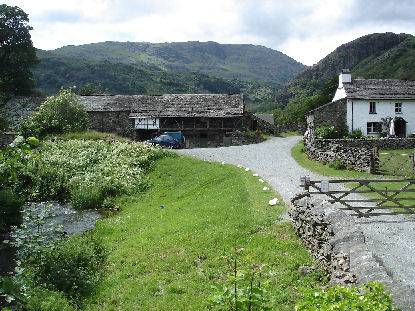 The farm, which has tea rooms, dates from the seventeenth century. It was named for a Yew tree that was 700 years old when it was felled in 1896. 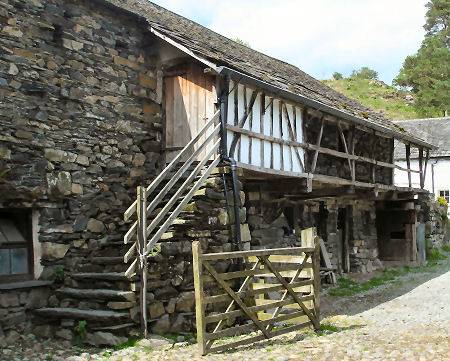