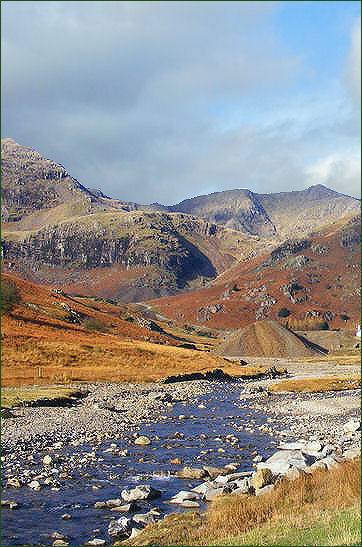 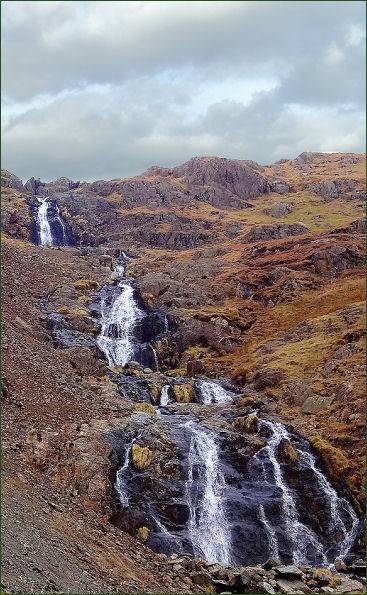 Spectacular Coppermines Valley is well worth seeing regardless of whether you are particularly interested in the mining heritage of the area or not.

The valley runs Northwest from behind and above Coniston and divides the long high ridge of the main Coniston Fells and the summit of Weatherlam. The upper end of the valley features stunning waterfalls after rain.

Mineshaft entrances mark the valley, and quarries cover its enclosing slopes. Nature, however is gradually repairing its wounds. There stand ruins of many old buildings, while below ground are deep and dangerous mines that can still be explored by the experienced.

Casual explorers should take care there are many deep open stopes although these are mostly fenced. Visitors to the area should under no cicumstances enter the mine workings unless properly authorised, equipped and accompanied.

The history of the coppermines stretch back to the late sixteenth century, German miners carried out the earliest large scale mining activities in the valley, but extraction of copper in the area was probably carried out the Roman era or even earlier. However most of what is visible on the surface today dates from the mid nineteenth century.

During the 1850's lmost 3000 tons of copper ore per year were extracted. The ore was transported down to Coniston Water and from there was shipped to Greenodd for transportation to the smelters in South Wales. By the end of the decade of the 1890's the price of copper fell leading to the mines being finally abandoned

The old mine and quarry buildings in the valley now serve as a Youth Hostel and holiday lets. The valley is accessed via a steeply ascending track which follows the course of Church Beck at Coniston Village.

The Ruskin Museum at Coniston contains a wealth of information about the Coniston Coppermines.