The conservation village of Near Sawrey, two miles south of Hawkshead, is set amidst rolling hills and flanked by Lake Windermere and Esthwaite Water. The village is famed for its associations with the children's writer, Beatrix Potter, who once owned Castle Cottage and the Old Post Office and who purchased Hill Top Farm, within the village, in 1905, from the proceeds of her Peter Rabbit books. 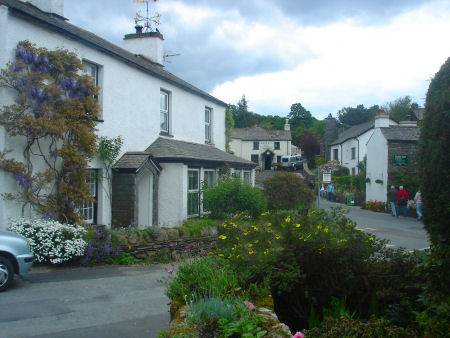 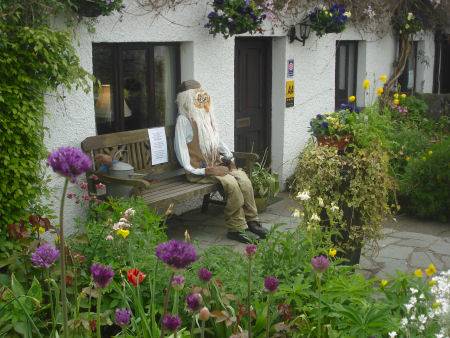 Many of Beatrix Potter's books are set within Near Sawrey. The village pub, the Tower Bank Arms is clearly recognisable in the 'Tale of Jemima Puddleduck'. The building is now owned by the National Trust. Bucklet Yeat Cottage, which dates to the seventeenth century, is featured in the Tale of Tom Kitten and The Pie and the Patty Pan.

An ancient settlement, in 1334 near Sawrey is recorded as 'Sower', its name had become 'Sawreys' meaning 'muddy place' by 1555. It is first recorded using its present name in 1656. Buildings in the village predominantly date from the seventeenth, eighteenth and nineteenth centuries. Nearby Far Sawrey stands at the end of a lane which culinates at the at the Windermere ferry boarding point. 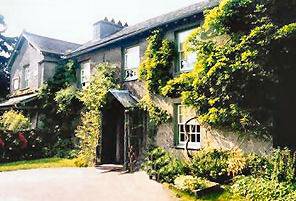 Beatrix Potter's seventeenth century home, Hill Top Farm, contains mementoes of the her life, a personal collection of paintings, china and furniture, as well as some of her drawings. The farm was bequeathed by her to the National Trust in her will on the condition that it should remain undeveloped and unspoilt for future generations.


Nearby lies Moss Eccles Tarn, appointed a Site of Special Scientific Interest. Beatrix Potter often fished at the tarn. The water lillies which adorn its surface in the summer are said to have been the inspiration for the great children's favourite, the story of Jeremy Fisher. Beatrix Potter purchased a section of the tarn in 1913, which was bequeathed to the National Trust on her death.

A walk to Windermere from Near Sawrey

*Commencing from outside the Tower Bank Arms at the edge of the village, proceed right, passing Hill Top Farm. At the brow, just beyond, take the footpath which is signposted 'To the ferry' on the right and descend to a clapper bridge, then follow the path diagonally across a field to a kissing gate. Beyond turn left.

*Pass Fold Farm and at the 3 armed signpost at the Y junction, take the right branch to continue toward the Sawrey Hotel, where you cross the road. Go right to take the public footpath on your left signed 'to the ferry'. ntinue, climbing steadily, to a metal kissing gate in the right corner of the track and go on past Sawrey Knotts.

*Continue to a further kissing gate after which descend the track to cross an access lane and continue to the main road. Cross the road and descend to pass Fair Rigg and continue along another signposted path beyond the wall. At the end of this section, remain on the road for a 100 yards then take a wide track on the right. Continue along the path close to the edge of the lake. When the track becomes metalled and turns inland, follow it to its end to join a road.

*Turn left to proceed through woodland for around 650 yards to a point where the road turns sharply to the right. At this point cross a signposted stile, bear left and continue beside the lake. Pass 2 boathouses and follow the clear track through a copse, cross a bridge, and continue, climbing a stone stile into Rawlinson Nab and follow the path inland crossing a ladderstile to a minor road.

* Turn right and continue to Low Cunsey Farm and take the wide track opposite through conifers. Proceed along this track and on reaching a waymark bear left, following a stream through bushes. Pass a derelict forge and continue to the end of the track, where it joins a road. Turn right and walk to a cottage on the right, after which turn right again. Pass the toad crossing sign and just beyond take the footpath on the right. Climb to deciduous woodland and follow the waymarked path to a stile, after which you emerge to fields.

*Continue ahead, ignoring the track that swings left and continue to a stile. Go through the next gate and veer slightly left to pass a fenced copse. Climb the next stile and follow the terraced grassy path to a lane. Bear left to pass a row of cottages. Pass the church and walk to the end of the cottages in the lane, take the kissing gate on the left, from which you emerged earlier in the walk. Take the signposted footpath to return to Near Sawrey.