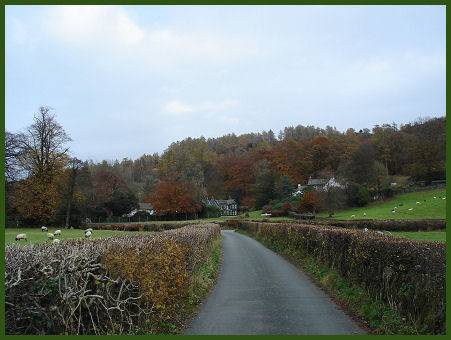 Wray consists of the quiet hamlets of High and Low Wray which lie amidst stunning scenery in the rolling hills on the north-west bank of Lake Windermere. It lies to the east of the B5286 road to Hawkshead from Ambleside.

Sir Henry Segrave died at Belle Grange, a house on the shores of Windermere at High Wray, on 13th June, 1930, when his boat crashed whilst attempting to break a world water speed record on Lake Windermere. One of his mechanics was also killed. The boat presumably hit a log and capsized, killing the mechanic, Victor Halliwell. Segrave's unconscious body was recovered. He regained consciousness for a moment, was informed that he had indeed broken the record, then died a few moments later of lung haemorrhages.

Wray Castle in Low Wray is an imposing building, with its dramatic turrets which rise above the trees and dominate the landscape, it was constructed in the then fashionable Victorian Gothic Revival Style between 1840 and 1847, for Dr James Dawson, a retired Liverpool surgeon, whose wife had inherited a fortune from the gin business. The building is now the property of the National Trust.

Dawson also built neighbouring Wray Church as a chapel 'for the spiritual benefit of his family, retainers, estate workers, servants and friends'. A path leads from the castle along the west shore of Windermere to the Sawrey landing of the Windermere ferry.

Low Wray Campsite is a National Trust campsite located on the shore of Windermere. High Wray Village Hall is available to hire for meetings, social events, table tennis and as a camping barn

The Wray Scarecrow Festival, which was established 1995, takes place every year during the week leading up to May Day when there is a fair. During the week there are refreshments served daily in the village hall and a parade of the giants. Lots of the villagers put up weird and whacky scarecrows outside their homes. 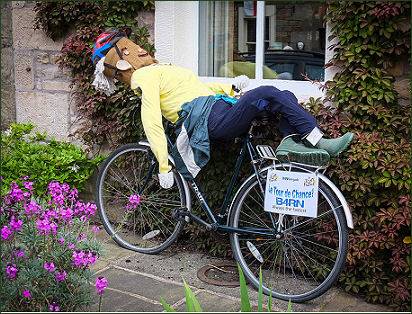 Wray is also home to the "maggot races", an annual event which raises money for local charities.

Villages and Towns in Cumbria