The village of Rusland is located in a peaceful valley of the same name which lies to the south of Grizedale Forest between Windermere and Coniston Water. 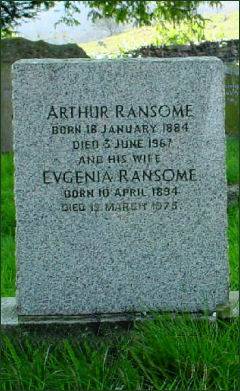 The village church of St Paul occupies a rocky outcrop, it was built in 1745 and rebuilt in 1868, with the exception of the west tower. Ashes Beck flows below the hill on which St. Paul's stands and joins the stream which runs down to Rusland Pool a few hundred yards to the south-west.

The stained glass east window of the church displays Biblical scenes while boards on both sides give the ten commandments, the creed, and the Lords prayer.

The author of the "Swallows & Amazons" series, Arthur Ransome (1884-1967), and his wife Evgenia (1894-1975) are buried in the churchyard. Ransome came across the Church in the late 1950's, during a summer holiday at Hill Top, a house just beyond the Rusland beeches which became his last home. He described the churchyard one of the most peaceful places on Earth, and asked if he could be buried there, in a specific spot under the Corsican pine, with the sound of the wind in the pine needles. Mary, the wife of the Lake District artist George Romney, is also buried in St. Paul's churchyard, as is the Reverand John Romney, his son

Georgian Rusland Hall was restored in 1845. The Archibald family have lived there since the early nineteenth century.

Rusland Moss Nature Reserve, located at the head of the Rusland Valley, is a Site of Special Scientific Interest. The Moss forms the northern part of one of the few remaining raised peat bogs in the country. The reserve is very rich in wildlife, rare invertebrates found at the site include the large heath butterfly and money spider. 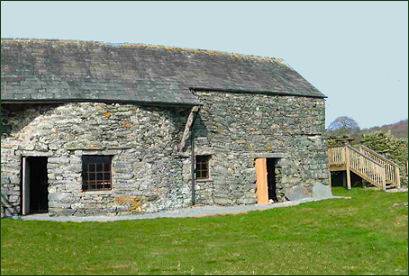 Rusland Tannery at Rusland Cross was probably built in the mid eighteenth century, evidence existes to determine it existed in 1762.

The tannery consistes of a long, narrow, two-storey building, built into the slope behind in the style of a traditional bank barn, which it may originally have been.The building was extended in the nineteenth century to accomodate a horse-driven bark mill.

Tanning is a lengthy and skilled process and involves cleansing and preparation of the hide, through the tanning sequence itself, to the drying and finishing of the leather product.

The tannery is managed by the Lake District National Park Authority.