Beautiful Esthwaite Water stands to the west of Lake Windermere on the road from Hawkshead to the Windermere ferry. 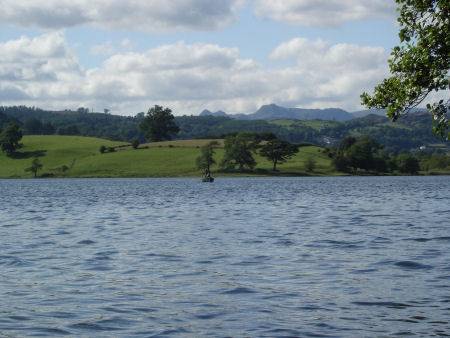 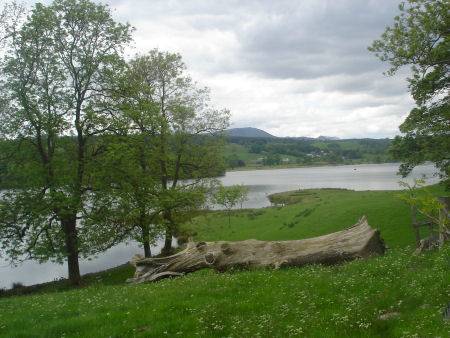 The placid reed fringed lake is two miles long, covering an area of 280 acres and is no more than eighty feet deep. In the summer it is carpeted by waterlilies and is one of the most nutrient rich lakes in the Lake District, consequently supporting a wide variety of wildlife. The lake was very probably larger in the past, as suggested by Priest's Pot, a ditch which is now separated from Esthwaite Water by a band of silt. The lake ends in a National Nature Reserve.

Beatrix Potter found the scenery around Esthwaite Water 'almost theatrical' and made it the home of one of her most popular characters Jeremy Fisher, the gentleman frog who wears a waistcoat and reads a newspaper. Situated in between the far larger lakes of Windermere and Coniston, the lake escapes much of the 'madding crowd' of summmer tourists. It was well known by the young Wordsworth and is mentioned in his poem 'the Prelude'. 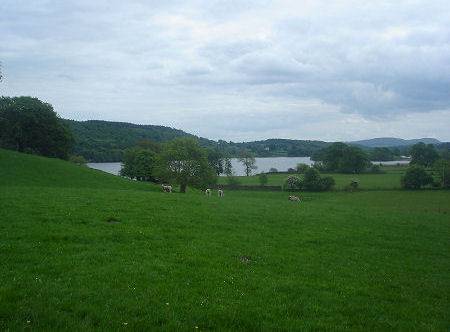 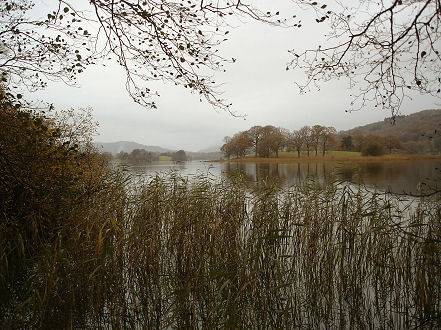 On the lake's west shore stands Esthwaite Hall, the birthplace of Edwin Sandys, a sixteenth century Archbishop of York and founder of the nearby Hawkshead Grammar School, which the young William Wordsworth attended. The hall remains a family home today, although the Sandys family now reside in the much grander Graythwaite Hall.