The quiet, attractive villlage of Finsthwaite nestles amongst gentle wooded hills, one mile north west of Lakeside at the southern end of Lake Windermere.

The Stott Park Bobbin Mill, a major Lake District attraction is situated at Finsthwaite. The extensive working mill was begun in 1835 to produce the wooden bobbins vital to the Lancashire spinning and weaving industries. 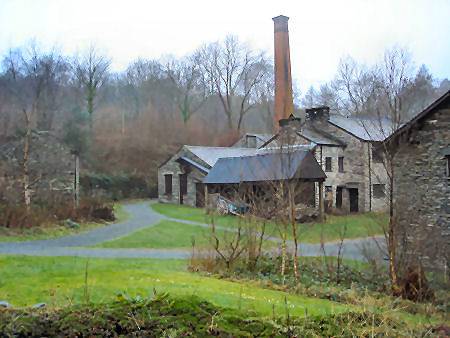 Some 250 men and boys, some brought from the workhouses, once worked there. Typical of mills across Cumbria, it remains today as a relic of an industry from a bygone age.More on Stott Park Bobbin Mill


The mill was once driven by water from High Dam Tarn on Finsthwaite Heights, High Dam Tarn is a true beauty spot which is owned by the Lake District Special Planning Board, who purchased it, along with the surrounding woodland in 1973, to allow public access. A car park is provided. A pleasant woodland footpath ascends to the Tarn from the village. The tarn was formed in 1835 when the original Finsthwaite Tarn was enlarged to cover the present ten acres to provide power for a waterwheel at Low Stott Park. The picturesque tarn is fringed with scots pines and larches and has small rocky headlands.

The village of Finsthwaite consists of a cluster of typical Lakeland farms and whitewashed and stone cottages, which lie in a bowl, sloping gently down to the village church. 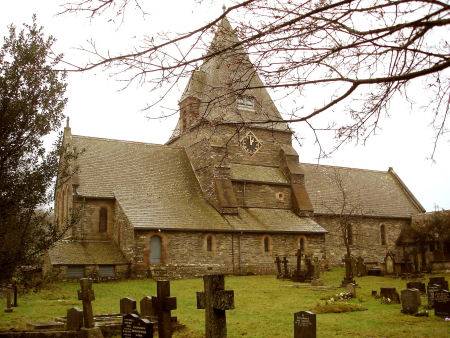 The large, unusually shaped St. Peter's Church, dates from 1873 and replaced an earlier structure on the site. The church has an unusual squat steeple, a timber framed porch and some interesting interior features. 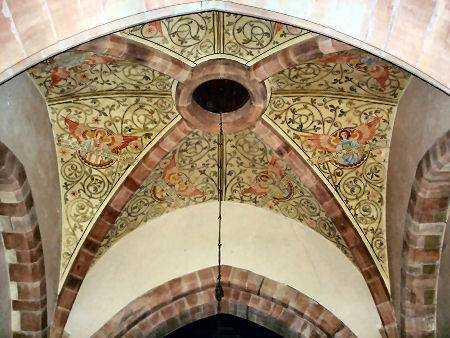 There are some attractive stained glass windows and an intricate coloured vaulted ceiling. In the churchyard stands a gravestone commemorating the 'Cumbrian Princess', Clementina Johannes Sobieski Douglas.

The grave of Clementina Sobieski Douglas, the 'Cumbrian Princess', reputed to be a daughter of Bonnie Prince Charlie, in Finsthwaite Churchyard 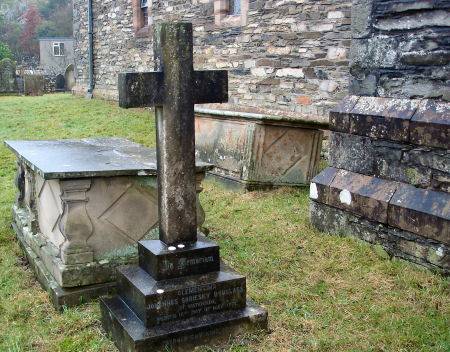 Close up of the stone inscription 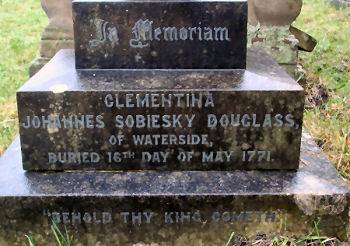 Clementina, who died at the age of 24, was buried at the southern side of St. Peter's churchyard on 16th May, 1771. She was reputed, according to some sources, to be the illegitimate daughter of the Jacobite 'Young Pretender' Bonnie Prince Charlie (1720-1788) by his mistress, Clementina Walkinshaw. Clementina was purported to have been sent to Finsthwaite as a child to live a secluded life. Sobieski was the surname of Prince Charles mother, while Douglas was a surname he himself was known to sometimes use.