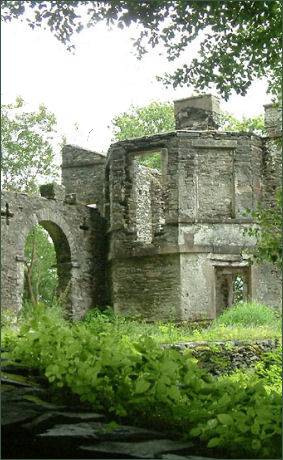 Claife Viewing Station, built in the 1790s, is situated at Claife Heights, near the village of Far Sawrey on the west bank of Lake Windermere. It is now owned by the National Trust and is a grade II listed building.

Although the station now stands in ruins, it hints at the attraction it once had as fashionable visitors flocked to it to see its views across Windermere. 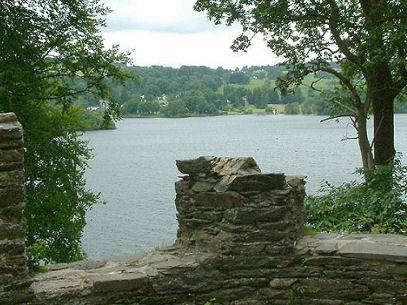 Its main attraction were the coloured windows of the drawing room, each of which had a different aspect, viewed through different coloured glass to enhance variations in weather and seasons. The tinted glass in these windows was intended to recreate lighting effects in the landscape. Yellow represented summer, orange was for autumn, light green for spring, and light blue for winter. There was also a dark blue for moonlight and a lilac tint to give the impression of a thunderstorm.

Recent forestry work to restore the views has made the Station more visible from the East and the South , further tree work is planned to the North which will open up the classic view across the Lake Windermere archipelago to the Troutbeck fells.

The viewing station may be accessed along a footpath from the ferry crossing to Near Sawrey. the Station is also the best place to set out on the 4-mile lake shore track, that leads north towards Wray Castle.

The National Trust new cafe in the courtyard at Claife is now open serving, fresh baking, drinks and Ferryman's lunches.