The forbidding massif of Helvellyn, third largest peak in the Lake District, soars to 3,118 feet. 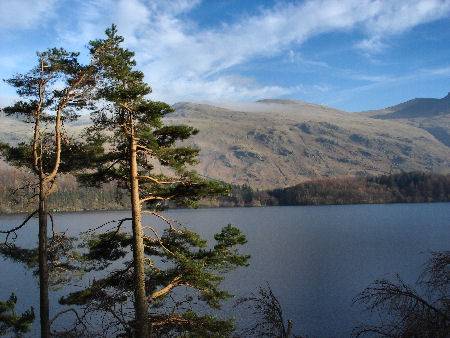 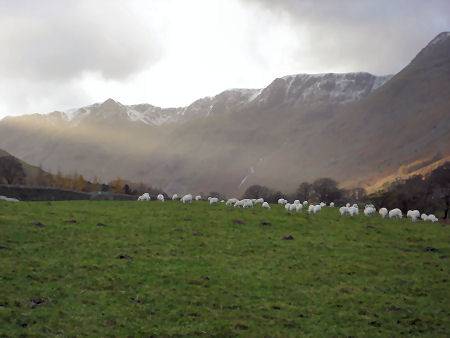 Helvellyn is the highest point in a great ridge of fells, is the most frequently climbed mountain in the Lake District and offers unbeatable and spectacular views of the panorama of the Lake District from the its summit, on a clear day almost every fell in the area can be seen.

The Helvellyn range from the north and from the east 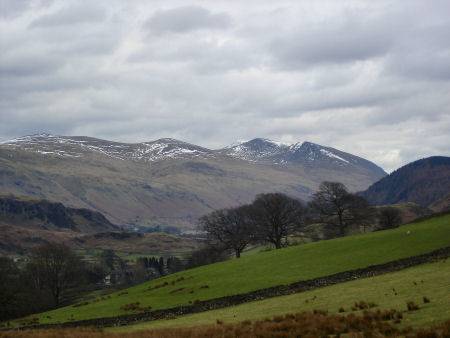 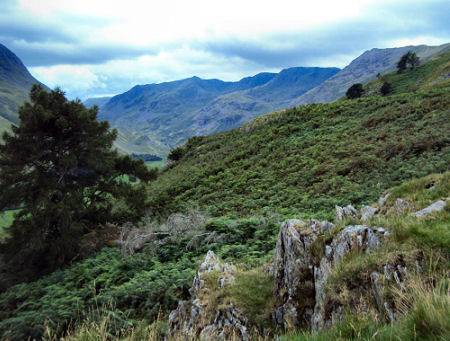 Helvellyn's most dramatic feature is Striding Edge, a knife edged ridge which has, in the past, gained a fearsome reputation amongst walkers and must be treated with care. In winter when under snow and ice it becomes almost alpine and requires special skill and care, there are more accidents on Helvellyn than on any other mountain in the Lake District. 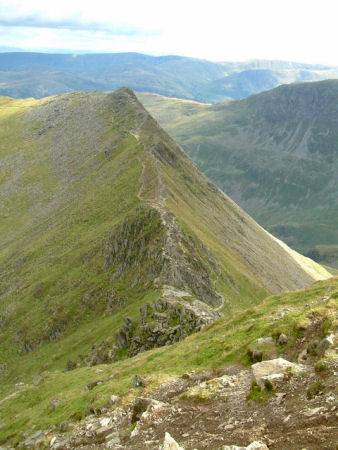 Wordsworth, Sir Walter Scott and Humphry Davy undertook the ascent together, starting from Wythburn, about which Scott penned the lines:-

As I climbed the dark slopes of mighty Helvellyn
The torrents were roaring, the eagles were yelling....

A large memorial to the Manchester artist Charles Gough stands above Striding Edge, close to the summit of Helvellyn. In the spring of 1805 he slipped on ice from a sharp rock and fell to his death from here. The story of his faithful dog, which remained watching over its master's body for three months until it was discovered by a shepherd near Red Tarn, was later immortalised in the poem 'Fidelity' by Wordsworth and by Sir Walter Scott.

Red Tarn, on the eastern flank of Helvellyn, beneath Catseye Cam and Striding Edge, is one of the highest tarns in the Lake District, lying at an altitude of 2,356 feet and has a depth of 82 feet. The tarn contains a very rare fish called the schelley.

Part of the Helvellyn Massif is home to England's only known specimens of Downy Willow (Salix lapponium), first recorded growing in the Lake District in 1872. The plant is small, barely reaching more than a few feet high, its spear shaped leaves are light grey above and white underneath, it is to be found in coves near to the summit, or on inaccessible ledges, where sheep cannot reach. The areas where the Downy Willow grows are contained within the Helvellyn and Fairfield Site of Special Scientific Interest.


The Route to Striding Edge 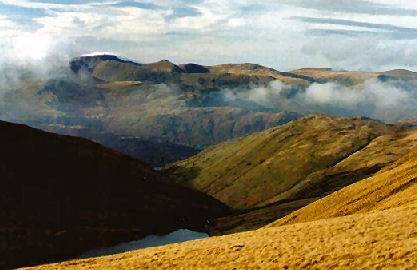 The most popular routes to Striding Edge are from Patterdale and Glenridding to the Hole in the Wall at 700m. The Glenridding route is longer.


The route from the Hole in the Wall

*From the Hole in the wall, ascend to the rock tower with crags and scree dropping away at either side. Care should be taken if there is a high wind or ice as the fall from here could be fatal.

*At the Helvellyn end a scramble is required to reach the 20 foot chimney.